Due to the state of emergency announced in Latvia, all mass events have been prohibited. Cultural life froze for a while. Many artists looked for ways to adapt to the circumstances. In Ventspils, musicians of Kurzeme Philharmonic and concert hall "Latvia" started visiting courtyards to give concerts for viewers at home.

The creative team travel to inner courtyards of Ventspils City to provide concerts to the residents. The event is scheduled to take place in nine courtyards, with three different musicians.

"We don't want to lose ties with listeners. I am one of the few who do not see online streams as a solution. It is not the same. We want to do something real," said Miks Magone, artistic director of the concert hall Latvia.

The organizers and performers follow all security measures and invite the audience to do the same. Residents have responded to the events with interest, and possibly this could become a tradition.

"Of course, one must take into account the sun and the wind. But weather has really been spoiling us, it has been great. The sound is good. And most importantly, I feel that people like it, I feel their attention. It's very pleasant," said cellist Kārlis Klotiņš. 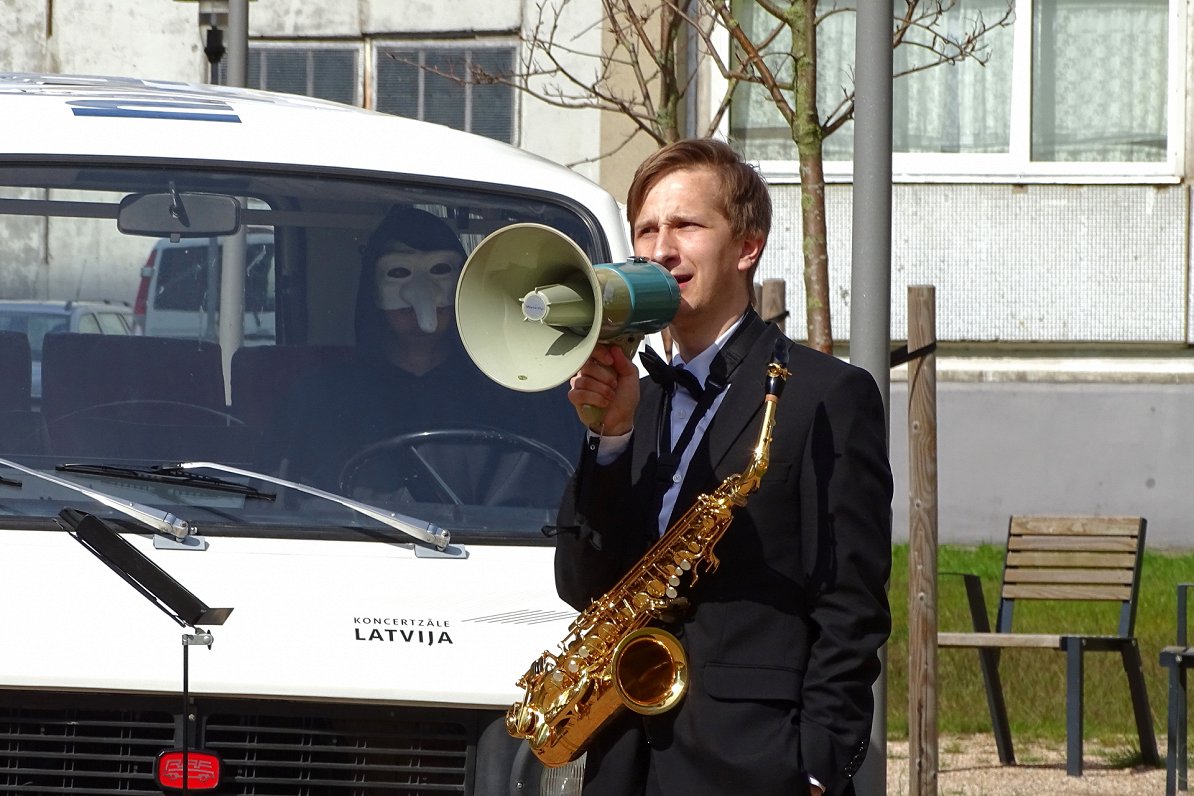 In Liepāja City, the concerts are just about to begin. These will take place on Thursdays and Fridays between May 14 and June 12, in ten different courtyards. For safety measures regarding assembly, concert sites will not be publicly disclosed and security will be monitored by the Liepāja City Municipal Police.

"We take restrictions very seriously. At the same time, we want to help musicians as much as possible and provide an opportunity to reach out to their audience. In turn, the listeners are asked to open their windows wide and let in fresh air and tunes," said Juris Jirgens, head of Liepāja Culture Board, to Latvian Radio.

Live broadcasts will be provided on social networks of the municipality of Liepāja. Courtyard residents will be informed about the concert two days prior to the scheduled event.