The postmark includes a painting called a “Passersby”, while the envelope is adorned with paintings titled “Ballerina” and “I want to be King!” And the first day stamp depicts a stylus used in tactile painting. 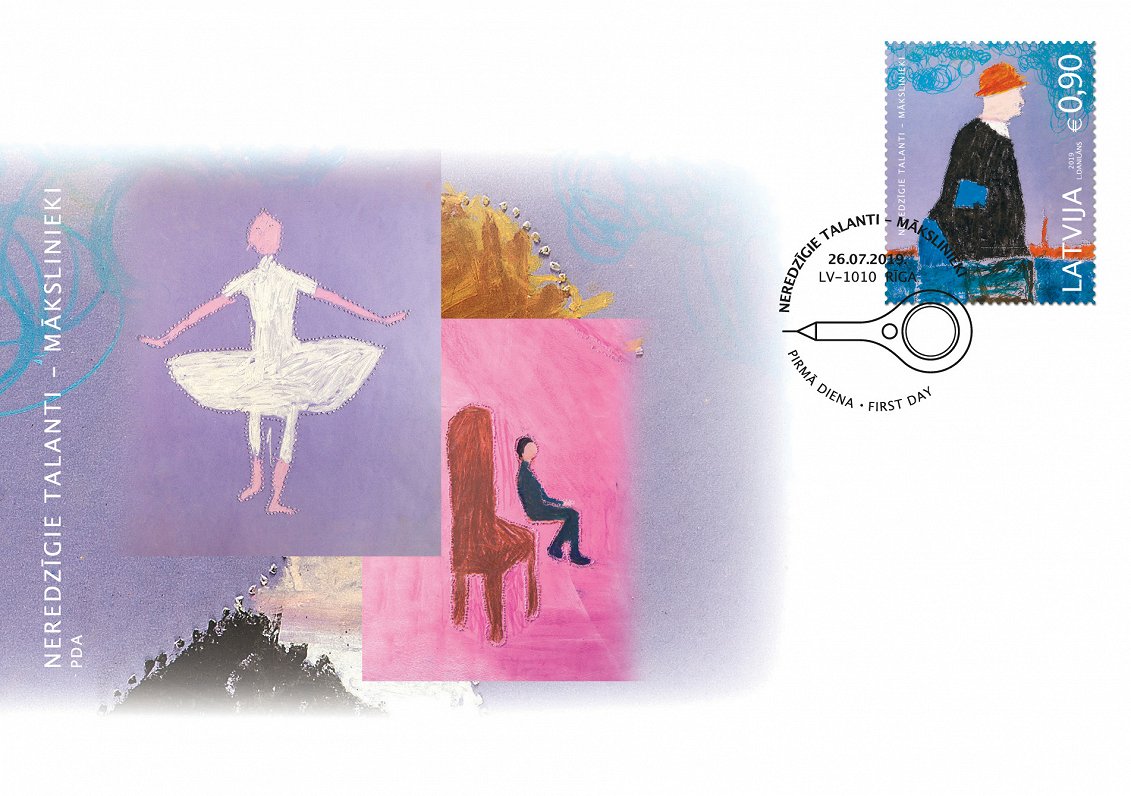 Tactile painting is a special type of drawing adapted for people with visual impairments. A piece of paper is attached onto an object to be drawn and its contours are punctured out with the stylus. The silhouette of the object is then inverted and, by touch, special finger or oil paint is applied along the punctures. This painting technique has led to the creation of children's books and exhibitions, both of which have garnered local and international attention.

The “Blind Talents – Artists” is priced € 0.90, which corresponds to the cost of sending an Class A letter within the European Union. The stamp has a circulation of 30 000 copies. There is also 1000 copies of special envelopes with the stamp.