january 22, 9:08
Culture
Authors: Latvijas Radio, Ilze Strenga
The ancient settlement and burial sites that make up the Grobiņa archaeological ensemble were submitted to the UNESCO World Heritage List on January 15, according to a press release from the Ministry of Culture.

The site has been added to the World Heritage Tentative List while awaiting judgment by the end of the year. A panel of experts is set to visit Grobiņa during the summer. Local residents hope this status will serve to attract additional tourists, and they will continue their work on upgrading the site to make it more interesting to explore.

“The Priediens burial site is the largest archeological ensemble burial site and the most examined, so we know the most about it. As I say, with an untrained eye you can see something in the nature,” said UNESCO submission developer Ilze Kārkliņa.

This ancient burial site also contained a very unique archeological find – a picture stone depicting two water birds associated with Scandinavian burial traditions. It's the only such stone to be found outside of Scandinavian territory, and the only similar one was found in Gotland and dates back to the 6th or 7th century. The stone is currently on display at the Liepāja Museum.

“Their burial traditions were very interesting – household and war items were taken with them and placed in the grave. This uncovered reconstruction could be supplemented with visual materials,” said “Oga” Board Chair Raimonds Reinis.

The head of the tourism club has several ideas for attracting both tourists and locals to the cultural site. Last year they already created a three kilometer path along the Ālande River, but the ensemble covers an area of 25 hectares in total. The flow of tourism created by inclusion on the World Heritage List would be significant for both Grobiņa and the surrounding area. 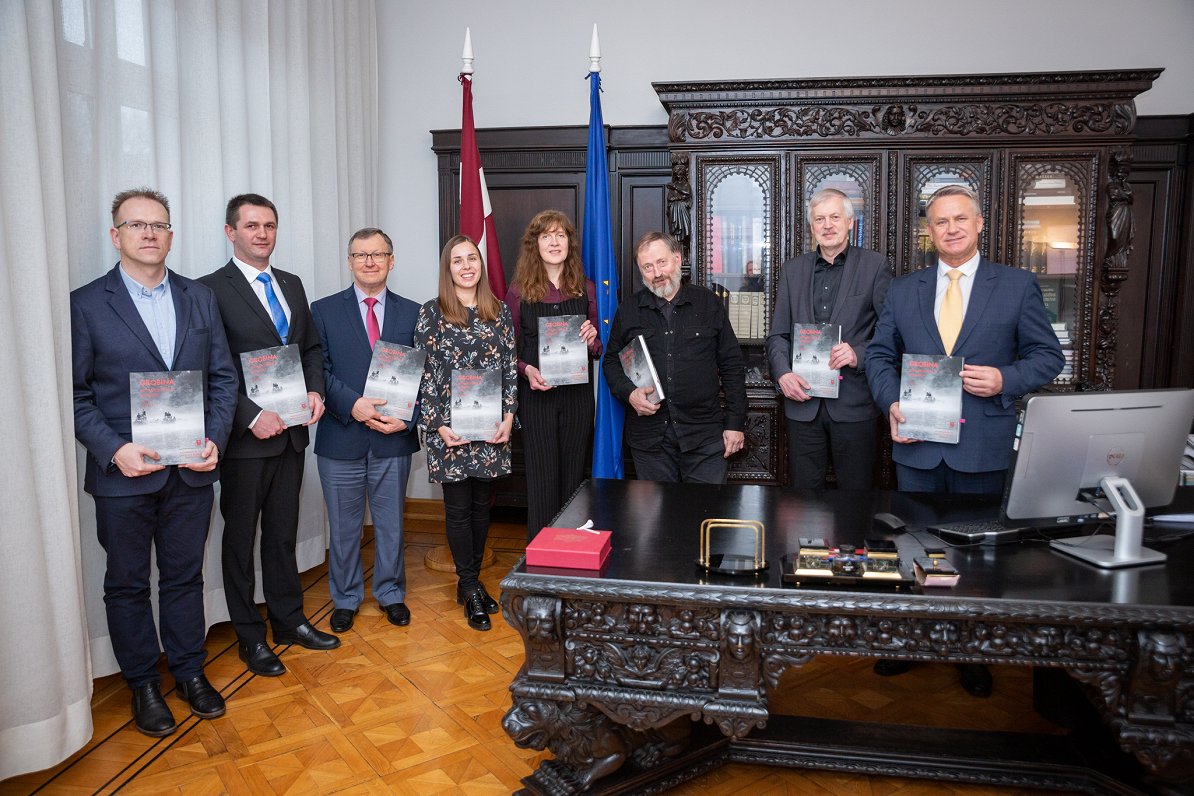 Grobiņa archeological ensemble is so culturally-historically important, because it's the only settlement through the 7th to 9th centuries showing interaction between Scandinavian and local cultures, in this case the Curonians, marking the beginning of the expansion of Viking culture.

“The Scandinavians and Curonians found mutual peace in a way we don't yet understand in the modern Grobiņa territory,” said Kārkliņa.

During the last Saturday in May the tenth “Live History Festival” will be held in Grobiņa. Craftsmen and warriors from various countries from around the world will gather at a 9th century settlement created on the historical castle mound. The festival will also feature the reenactment of an ancient sea voyage with the largest float yet seen in the Ālande River.

As previously reported, Rundāle Palace could be submitted to be included on UNESCO's World Heritage list in September of 2020, the palace museum's spokeswoman Ilze Kusiņa told LETA.

One of the most popular tourism destinations in Latvia, Rundāle is a baroque palace, designed by Italian architect Bartolomeo Rastrelli and built in the mid 1700s as the summer residence for the Duke of Courland in the plains of Zemgale.

Also reported, currently the International Register has two objects from Latvia - The "Dainu skapis" collection of Daina poems compiled by folklorist Krišjanis Barons in the 19th century and documents relating to the Baltic Way events of 1989. Latvia is also included along with Ukraine, Lithuania and Poland as being relevant to the Act of the Union of Lublin.

The list is updated every four years, and this time it is planned to add a collection of letters written in Siberia on birch bark, plus the drawings of Johann Christoph Brotze, who recorded the dress and customs of the local populations during the 18th and 19th centuries and a collection of wax cylinders from the early 20th century which provide a unique record of Latvian folk songs.

Also deemed worth of inclusion are hand-written prayers and sermons by members of the Moravian brotherhood or Herrnhuters, a protestant sect who were forced to copy their books by hand as a result of repression under Tsarist rule in the 18th century, explained Sarmīte Pulste, representative of the Latvian National Committee of UNESCO.

In addition, Latvia has entries on other lists such as the Intangible Heritage list (Suiti cultural space and Song Festival celebration).