Hunt for chicken of the woods in Latvia

Dāniele said that this is normal - "I've had an interview every year in May about why, for example, boletes are so early. There's nothing to wonder about - mushrooms appear in May and June."

The first mushrooms usually spark amazement because initially only individual ones can be noticed.

"The weather is warm, rainy, the variety of mushrooms could be great. First chanterelles could appear soon," the mycologist said. Everything depends on the weather - mushrooms don't like too much heat. The recent days have been very favorable for fungi. 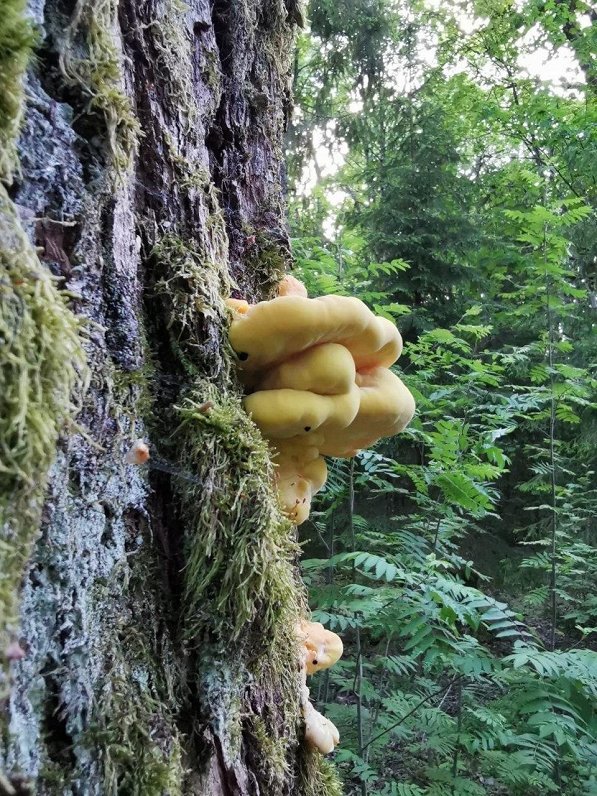 "It's great that many have learned that this is an edible mushroom. It's easy to notice - the cap is big and bright," said Dāniele, who usually cooks this mushroom in soup or as an alternative to mincemeat.

It's often considered a highly nutritious vegan alternative to meat, hence the nickname "chicken of the woods". The mycologist pointed out there are likely to be fewer of these, as mushrooms don't grow in certain waves.