august 13, 2019, 13:29
Food & Drink
Authors: eng.lsm.lv (Latvian Public Broadcasting)
This recipe is taken from "Īsakūd Latgolā", a program on Latvian Television exploring the culinary delights of the Latgale region in Latvia. Today's recipe has northern pike as its main ingredient, the most widespread fish in Latvian lakes and rivers, which can grow up to 150 cm in length and 35 kg in weight. Despite its fearsome appearance and reputation for being a bit bony, its flesh is delicious and it thrives in the blue lakes of Latgale - at least until it finds its way onto the end of a fisherman's rod and winds up stuffed in the manner below.

1. Cut open the pike’s abdomen and carefully peel back the skin, making sure that it remains intact. Do not remove the head.

2. Remove the bones from the flesh. Mince the flesh with carrots and onions in a mincer.

3. Mix the lard into the mass.

4. Fill the pike skin with the mass, carefully stitching the abdomen.

6. Garnish with mayonnaise and fresh parsley. 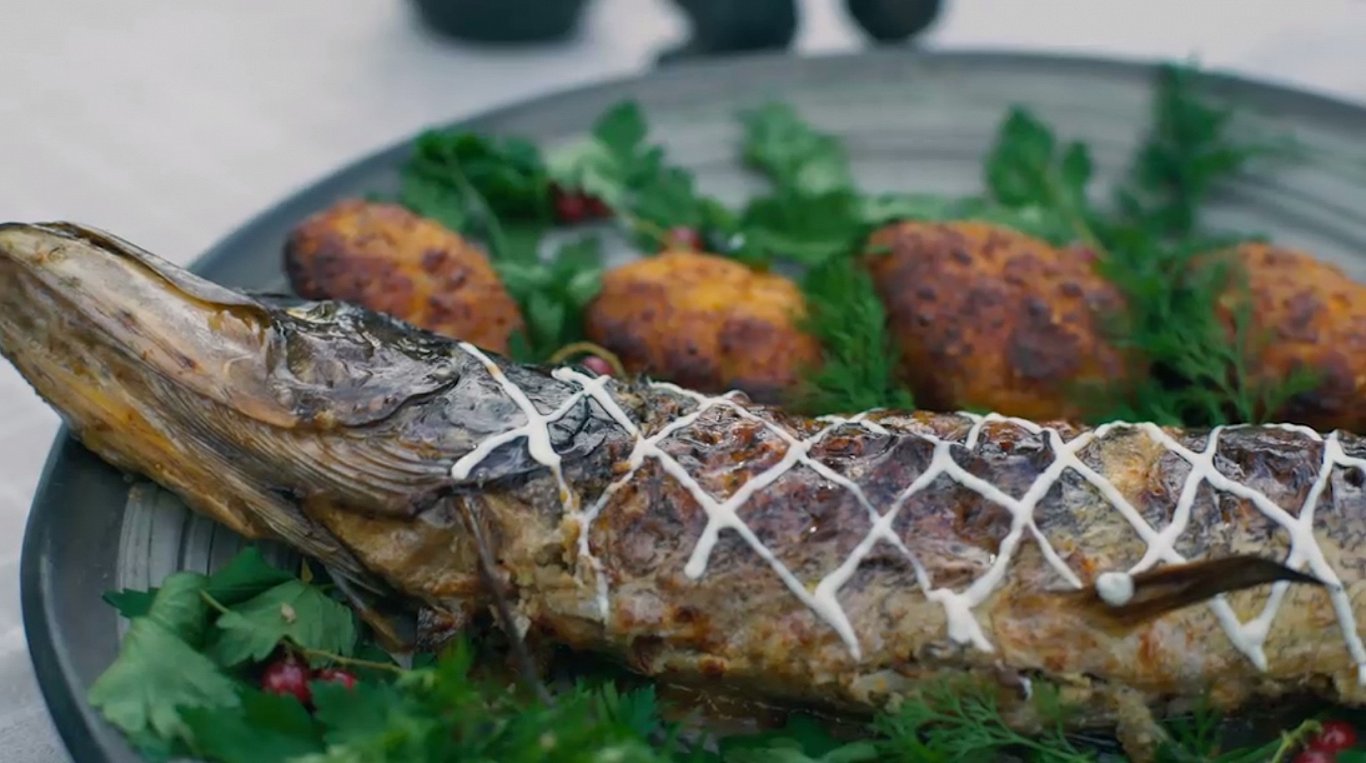