The digital map is available in four languages, and allows those observing social distancing or self-quarantine to enjoy a historical virtual audio tour from the comfort of their homes. The English version is narrated by editor Marks Geibers. A Hebrew version is in the works. Rīga Underground is available as part of the free izi.TRAVEL mobile application.

There are currently 28 memorial plaques located throughout Rīga at places where Jewish people were rescued. The map also includes places such as the Rīga Ghetto, and the Kaiswerwald (Mežaparks) and Lenta (Pārdaugava) concentration camps.

"Those who chose to actively resist the Holocaust were a minority everywhere, including Latvia. Because of their small number, the resistance failed to become a movement and was only expressed as a protest by some individuals against the inhumane treatment of Jews by the Nazis,” said Jews in Latvia museum founder Marģers Vestermanis.

The information he gathered about rescuers of Jews in Rīga and throughout Latvia over several years has become the basis for the creation of the virtual audio map. The Žanis Lipke Memorial society also has an online map that provides historical texts and photos of the locations where Rīga residents hid their fellow citizens. 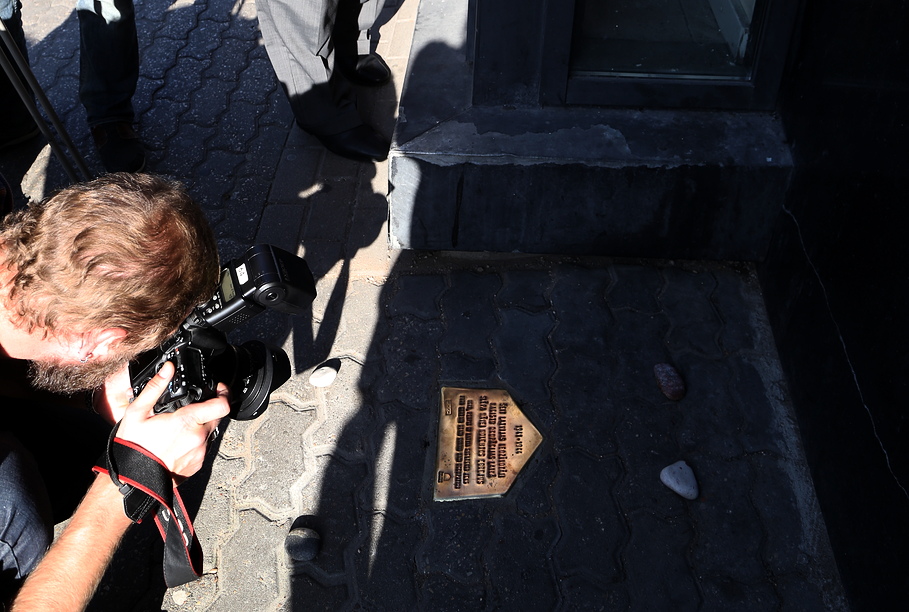 According to their website: “The founders of the society “Žaņa Lipkes memoriāls” – businessman Māris Gailis, the Honorary director of the International Film Forum “Arsenāls” Augusts Sukuts and the daughter-in-law of Žanis Lipke Ārija Lipke – came to the idea of creating the memorial in 2000, after the revealing of a memorial plaque by Lipke’s house in Ķīpsala, 8 Mazais Balasta dambis. The aim of these people and their collaborators is to bring to the attention of the local, as well as the international society the historical phenomenon of Žanis Lipke and to raise funds for building a contemporary memorial in Rīga.”