february 13, 2019, 17:49
History
Authors: eng.lsm.lv (Latvian Public Broadcasting), Jānis Šiliņš (Historian)
On February 13, 1919 the Revolutionary Military Council of Soviet Latvia decided to create a network of concentration camps in the territory of Latvia. They were nicknamed "menageries" (zvēru dārzi) for the brutal conditions inside.

The idea of mass terror being required in "class struggle" – the Bolsheviks, or late communists' term for power struggles – grew out rather logically from the ideas in Marx's Communist Manifesto. The Red Terror, however, only became official policy in September 1918 after a failed assassination of Lenin.

Hardened by the Russian Civil War, the Latvian Bolsheviks, who returned to their homeland in late 1918, were full of enthusiasm to create a model communist state.

To do that, they had to organize a perfect repressive system that could unflinchingly engage in mass terror and avoid the mistakes made in Russia. The December 17 Manifesto – the very first document of the Soviet Latvia – says that "the armed proletariat is toppling all previous state institutions and will immediately destroy any member or defender of these institutions who does not willingly surrender and repent their previous role".

Latvian Bolsheviks were heavy innovators. They thought that a big mistake was made in Russia by organizing a basically autonomous secret police (the Cheka or the All-Russian Extraordinary Commission). In Latvia, they set up a Political Department instead, with sub-departments in every district under the control of the Commissariat of the Interior. A similar system was later set up in Russia itself.

Another know-how of theirs was making revolutionary tribunals more effective. The Latvian members thought that in Russia these were too lenient and slow, reducing the number of tribunal members to three, as well as stripping the defendants of the right to explain themselves, also reducing the period between passing the death sentence and the actual execution to 24 hours.

Finally, the Latvian Bolsheviks were the first to fully utilize the potential of concentration camps in fighting political opponents.

Of course, concentration camps existed in Russia as early as 1918, and Germany, too, isolated politically suspect people using camps. But Latvia was the first place where a government-level decision was taken to create a network of concentration camps to engage in mass terror. 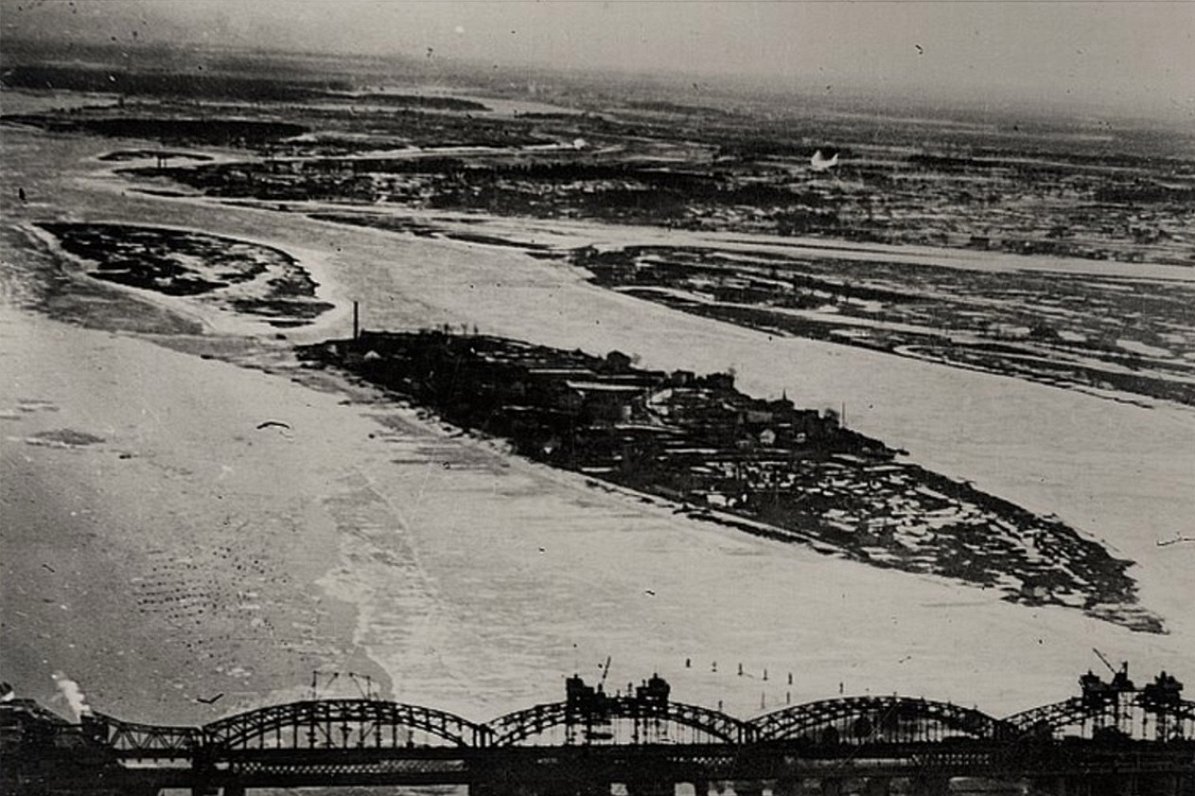 On February 19, the government adopted the plan by the Interior Commissary Jānis Lencmanis over creating concentration camps. Three were planned initially with two in Kurzeme, Latvia's west, and one in Vidzeme's Stukmaņi (currently Pļaviņas).

However, warfare quickly halted most of the plan. March 3 marked the start of the anti-Bolshevik offensive in Kurzeme. By the end of March the entirety of Kurzeme, and most of Zemgale, had been lost. That made the camp in Stukmaņi the chief one.

We have documents testifying to the existence of a smaller camp in Valmiera (it had room for 100 prisoners, and its chief was Voldemārs Berkets). There's also written testimony about the existence of concentration camps in Gulbene and Alūksne. Sometimes, the territories in Zaķusala (which is now know chiefly for the TV tower) and Sarkandaugava, where thousands of people were transported from central Rīga in late March 1919, are also called concentration camps.

Camps were set up with great haste. The Madona Revolutionary Committee received its first advance payment for building the Stukmaņi "menagerie" on February 18. The abandoned Stukmaņi glass works, damaged during the war, was chosen to house the camp. In the late 19th century, this factory was the region's chief motor of economic growth. 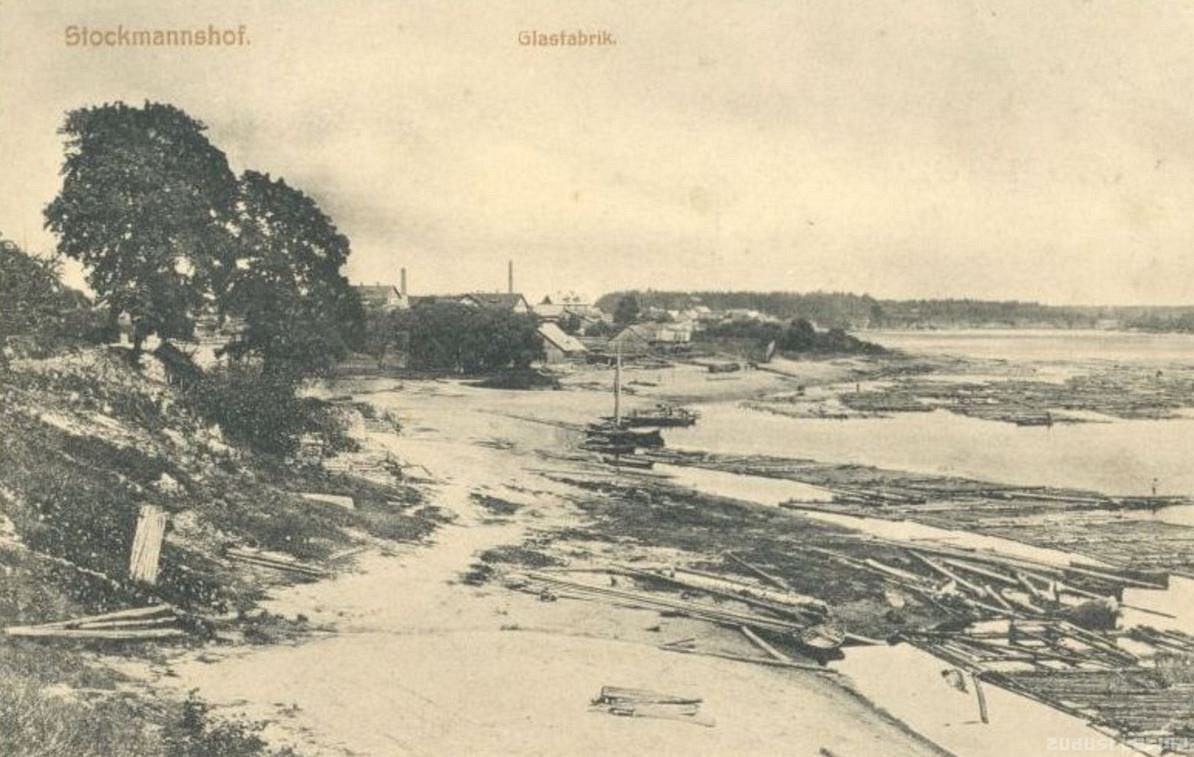 During a deep freeze, the Bolsheviks installed barracks and barbed three-meter fences in the one-hectare territory. It was initially hoped that 1,500 people could be interned there. It was divided into two parts, with one side fenced off with an extra fence to hold people on death row.

On March 6, the first 50 inmates were interned at Stukmaņi. It took a week for prisoner numbers to grow to 800, eventually reaching about 1,600. In early April, the camp was over full capacity. They put a hold on imprisoning more people as the hastily-built "menagerie" saw outbreaks of influenza and typhus. Guards, and even the local population, were under threat. The latter sometimes threw packages of food over the fence to feed the prisoners.

A special committee was set up to inspect the camp. It discovered countless violations. The menagerie's chief – it was also called the "prison of horror" (briesmu cietums) – was also replaced, with Jānis Greiziņš taking over on May 15, 1919, just two weeks before the camp was disbanded.

It was hoped to rebuild the camp, improving the prisoners' well-being. The committee had also suggested to attach easily identifiable symbols on the internees so that they could be easier picked out from the local crowds. However, this was thwarted as the Bolsheviks were driven out of Rīga on May 22, prompting a retreat to Latgale, eastern Latvia.

While an initiative to kill everyone interned at Stukmaņi met resistance from the Red Army and was therefore abandoned.

It was then decided to take 127 internees hostage and deport them to Rēzekne and later on to Russia. May 30, 1919 marked the end of the Stukmaņi concentration camp.

A place for play

Nowadays, the location of the Stukmaņi camp is not marked anywhere. The former glass works now host a retiree association, a youth society, as well as a youth initiative center, set up six years ago with Swiss aid.

On June 1, 2016 the Pļaviņas City Council unveiled a playground worth €9,928 in the yard of the former glass works. In that very same place a hundred years ago, the Bolsheviks were killing people they had sentenced to death.