Soldier Tales: Kārlis Šnēbergs, who won the Order of Lāčplēsis and the Iron Cross

july 7, 2019, 10:30
History
Authors: eng.lsm.lv (Latvian Public Broadcasting)
The story of Kārlis Šnēbergs, who fought among the ranks of the famed Latvian Riflemen during World War I, and won both the Order of Lāčplēsis from Latvia and an Iron Cross from Germany during World War II, is part of a story series on Latvian Radio dedicated to the 100th anniversary of the Latvian Army.

Kārlis Šnēbergs was born in the Lubezere region in 1892. Before World War I, Kārlis first worked as a typesetter in Hamburg. Later, he became an editor, but, with the start of World War I, returned to his homeland. He was enlisted in the Russian army in 1916, but in 1917 graduated from the Gatchin Praporshchik school and was assigned to the 5thZemgale regiment of the Latvian Riflemen, lead by the famous Jukums Vācietis.

Kārlis defended Rīga in the 1917 battles, and was soon after arrested by the Bolsheviks as a counter-revolutionary agent and imprisoned in Ventspils jail. There he was sentenced to death, but, by sheer coincidence, was released from jail moments before his fate was sealed, by a group of Latvian soldiers.

In 1919, Kārlis started his service in the Latvian Army. Come November, he was already fighting the Bermondtian forces in Ventspils and near Kuldīga, where with 17 other soldiers he embarked on a nocturnal reconnoiter and gained information that allowed them to prevent a surprise attack and thus secure the victory of the Latvian army. Kārlis was awarded the Lāčplēsis medal for this heroic deed. 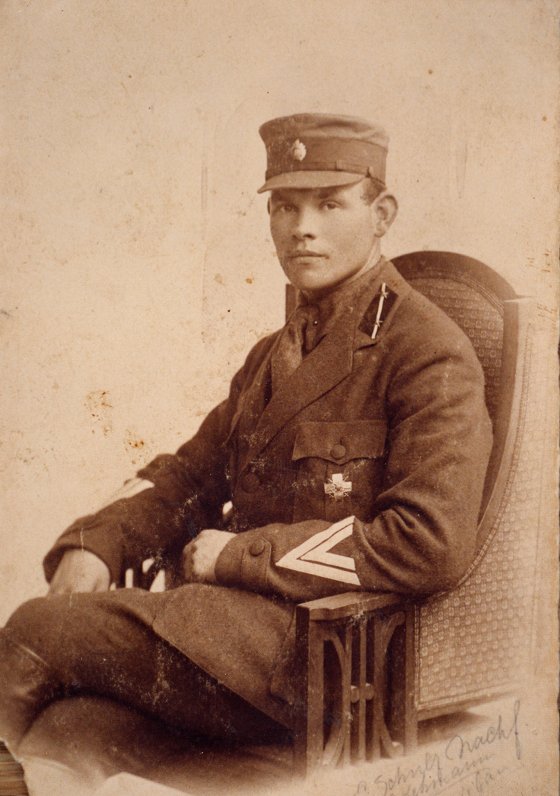 Kārlis left the Latvian Army in 1922 and became a farmer in the Kurcuma parish. After the occupation in 1940-1941, he was enlisted in the 24th Territorial Corps (at the time, the Latvian Army was party of the Soviet Army), as he had rejoined the Latvian army shortly before World War II. In 1941, he left the Corps and found himself in the Ventspils vicinity, where he began to lead a resistance movement.

Awaiting the arrival of German troops, he was actively involved in the fight against Communists. Then for a while, he served as chief of the Alūksne Security Police, but joined the Latvian Legion heading to the Volkhov Front in 1943. On October 7, 1943, however, he was severely wounded and died on October 9. He was interred in the Brethren cemetery near Volkhov. 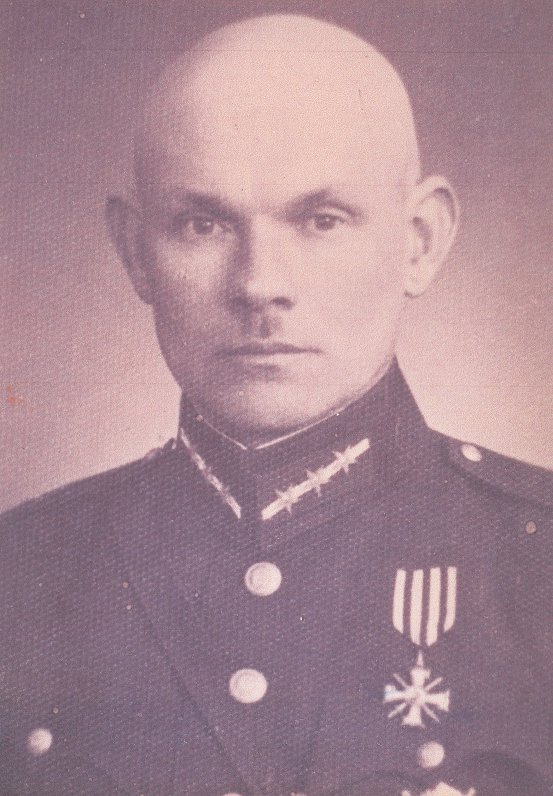 Kārlis raised four children, and two of his sons also participated in World War II. One of them served in the Latvian Legion, while the other was enlisted in the Red Army.

The information was provided by Nora Skunkstiņa.