Things to know about the Finnish Civil War

Share:
Ieteikt
Share
Tweet
april 4, 2018, 15:22
|
History
Authors: Jānis Šiliņš (Historian)
German forces landed on the shores of southern Finland on April 3, 1918 to put an end to the Finnish Civil War that had raged for more than two years, with more than 40,000 perishing on both sides. It involved Rüdiger von der Goltz, a German general, whose wildly differing roles in the history of Latvia and Finland illustrate the complexities of history.

Finland used the Bolshevik revolution in Russia and swiftly declared its independence using Lenin's professed right to self-determination. The Finnish parliament took this historic step on December 6, 1917. In early January, six countries had recognized Finland as a state, including Russia, Germany and France.

Despite it being recognized as an independent state, Finland's interior politics were very volatile. One of the strongest political forces in Finland was the Social Democratic Party, in which the Bolsheviks had a lot of clout. The situation further deteriorated after attempts by Russian Bolsheviks to get involved in the interior life of the state.

In January 27, a revolution took place in Helsinki, with rebels creating the Finnish People's Delegation that seized power at the start of the civil war. 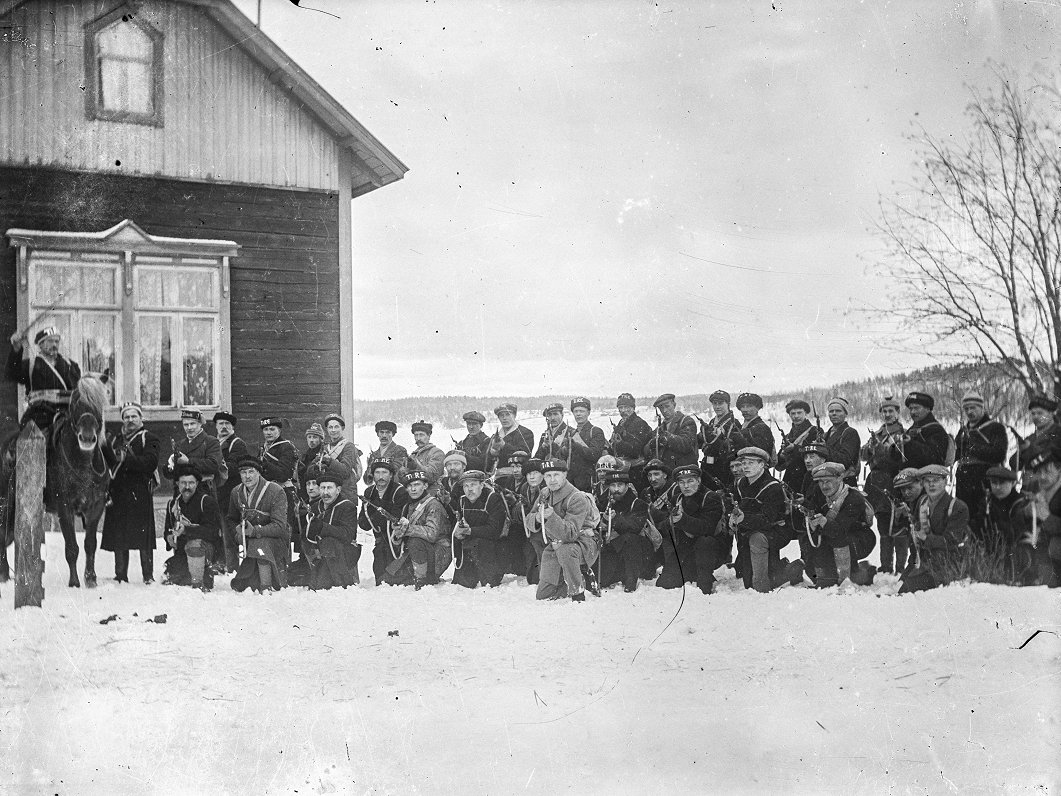 Following the revolution, a brutal and bloody civil war erupted in, with thousands of civilians suffering at the hands of both the Reds and the Whites. The Soviet powers controlled the industrially developed south, while Finnish nationalists controlled the central and northern parts of the state.

The civil war ended when the Whites took over Fort Ino on May 15, 1918. Latvian Riflemen were among the ranks of the defenders. There was a definitive break in the Finnish Civil War on April 3, 1918 when the German squadron that had landed in Finland launched the main attack at Hanko, west of Helsinki. The Finnish government had asked for the Germans to become involved, as it had fallen within the area of influence of Germany following the treaty of Brest-Litovsk. 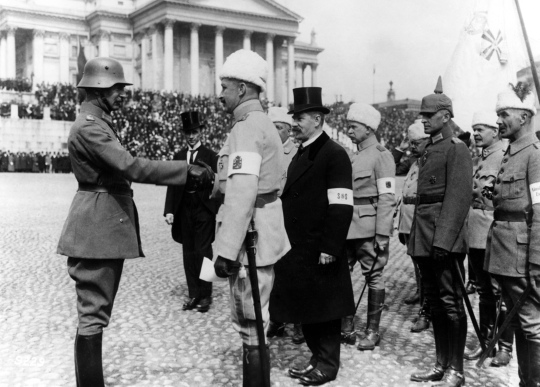 In April 11 to 13 Goltz took Helsinki, along with 7,000 Reds as prisoners of war. Germans continued warfare against the Soviets in southern Finland until the end of April. These were the 15 minutes of fame for Rüdiger von der Goltz.

Less than a year later, the Finns' hero will be sent to Liepāja, western Latvia, in order to lead the fight against Bolsheviks in Latvia and northern Lithuania.

In February 1919, Goltz became the governor of Liepāja and lead successful battles against the Red Army. However, his attempts to gain political clout in Baltic interior matters were not successful--evidently the situation here was more complex than in Finland.

As a result, Goltz is a pronouncedly negative character as seen in Latvian history, blamed as he is for the April 16, 1919 coup attempt against the Latvian Provisional Government, and for the Cēsis battles, and the Bermondt affair.