july 10, 11:38
Music
Authors: eng.lsm.lv (Latvian Public Broadcasting)
Three Latvian concert pianists from a single family have confirmed what is likely to be a sold-out concert later this month.

“The Three Osokins” concert will mark the opening of this years “Jūrmala Festival” in Dzintari concert hall on July 22.

Sergejs Osokins and his sons Andrejs and Georgijs will play a program that includes Maurice Ravel’s “Bolero” adapted by Sergejs Osokins for three pianos. Beethoven’s tragic and poetic “Moonlight sonata” and Frederic Chopin’s melodic moments will also be on the menu as will piano masterworks from Alexander Scriabin and the “Valse Melancholique” of Emīls Dārziņš.

“I am very grateful for the upcoming encounter with our beloved audience. The idea for the concert program “The Three Osokins and Friends” has been waiting its premiere for quite some time, and we are looking forward to sharing our artistic dreams with our stage partners," said Andrejs Osokins.

The Three Osokins have performed at the Latvian National Opera, the concert hall Great Amber in Liepāja, Dzintari Concert Hall in Jūrmala and at the Theatre House “Jūras vārti” in Ventspils. Each concert is an event in and of itself, because each is carefully assembled, scripted, and filled with pieces that have been specially adapted to be performed by three pianos.

“The Three Osokins” concert in Jūrmala will only offer 500 seats, though online streaming from the concert will also be available. Tickets can be purchased in “Biļešu paradise” box offices.

Meanwhile another concert, “The Three Osokins and Friends in Opera”, previously scheduled for April 6 has now been postponed until May 3, 2021. Anyone requiring information about a refund for the April 6 concert can find it at: www.opera.lv 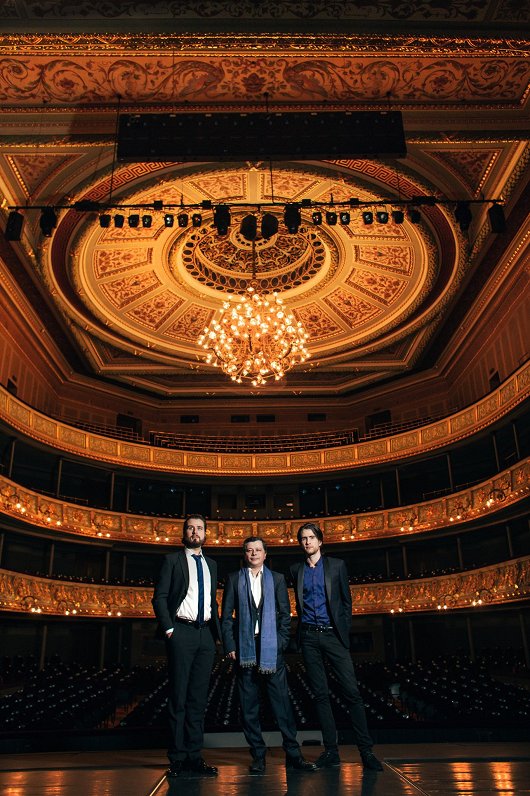