On the road with Latvian exporters: Art Fairs Service

october 11, 2018, 10:25
Business
Authors: Mike Collier (eng.lsm.lv chief editor )
Snēpele. The word is pleasant. The place, no-one has heard of. It is a long way from Rīga. It is 17 kilometres south of Kuldiga, on a road no-one really takes unless they have already taken a wrong turn.

On The Road with Art Fairs Service

On a hot summer day it is a quiet place, with a slight air of sadness, as if every few decades time wanders through, re-arranges some of the buildings, pushes a few people in and a lot of people out and then leaves it alone for no-one knows quite how long.

Standing in the shadow of one of the tall oaks beside the manor house that have refused to be pushed around by time is Bruno Mellis. He is the CEO of Art Fairs Service and he speaks in a quiet, careful and slightly melancholy voice about why he chose Snēpele as his special place.

“This is where I received most of my major lessons in life. It's not so much about Snēpele as about my grandmother and grandfather,” he says. “Every summer and every winter holiday I spent here with them. I am very grateful to my parents for all they gave me. But there are also things that you can get only from grandparents.”

Pointing to a squat, oblong apartment block adjacent to the classical portico of the manor house school, Bruno continues.

“We lived there on the second floor, where you see the corner window. My grandfather was a mathematics teacher and my grandmother worked at the library. They were very respected people here in Snēpele, people in the village listened carefully to what they said...”

For a moment Bruno's voice drifts away as he is lost in memories, but when it returns his gaze is intense.

“...the main thing is to pay attention to small things, to be quiet and peaceful, to think about your surroundings and why things happen as they do. Understand that each moment is important for you. Be aware of each moment, of what you can change about the future, what you can't change, and how you evaluate the past. I try to follow these lessons, to get everything from each moment that I can.”

The crickets are singing in the fields all around. Somewhere in the distance is the coarse cough of a tractor. We start to walk very slowly, at the pace of two old men, through an alley of oaks. “It's the philosophy of my grandfather - every stone is in a place, but could be in another place,” Bruno bends over, picks up a small stone and moves it perhaps six inches to the right, “but if you move it, you have to be responsible for that.” He replaces the stone in its original position.

What Bruno is responsible for at the moment is Art Fairs Service, a company founded in 2013 that specializes in the installation of walls for art fairs, auctions, museums and art galleries. In five years it has become a major player in the rarefied world of international art fairs, but its origins lie not in any academy but in... a Scottish pub.

“I was in a different business completely and I got a phone call. It came from a friend who was drinking a beer in a pub in Scotland with his friend who was organizing exhibitions in Europe. He said it was a big problem for him to find normal, reliable builders and asked my friend if he could do it. He replied that he could, but he knew someone who could do it better - me. They called from the pub and asked if I could do it. I said “Of course I can.” Then I had to think how to do it. That was the beginning of my business.”

In a sense, the lack of prior experience was an advantage as Art Fairs Service started with a completely blank sheet and no preconceptions. It had none of the bad habits of long-established companies servicing the exhibition marketplace and devised its technologies from scratch, a process which took a year.

“We did research and made prototype walls. It's not as easy as it looks – you have to consider things like colour, lighting, safety regulations and speed of construction. We had no doubt that we had got it right, so we took on venture capital and made our first project in Maastricht which led to four additional exhibitions and we were up and running. This year we will build at 34 or 35 events.”

Initially, being an unknown company from little-known Latvia did come with some problems. Some potential clients assumed the only way Art Fairs Service could work was by employing cheap labour with lax standards to match, but Bruno is insistent that the very opposite is the case. 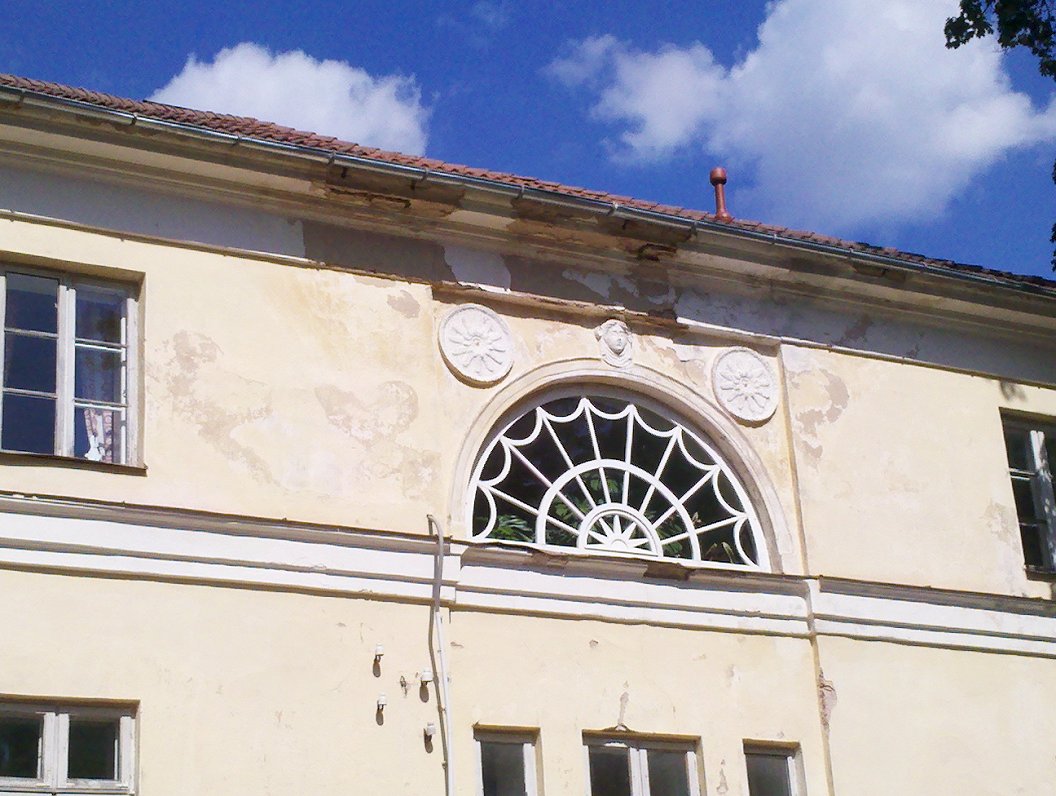 “We understood that what is important to the customer is speed and quality. The customer pays for a place in an exhibition hall, and that includes the building time, so the longer the build takes, the more the customer pays. We challenged ourselves to do what might normally take a week in just 24 hours. We can do that, but in real life labour laws mean it takes more like 36 hours. That's thanks to the technology we have developed, some of which remains quite secret. We do the same things, in a shorter time, with higher quality.”

“We need to break this idea that Latvia is about cheap labour and a bad attitude,” says Bruno. “We've raised not just our standards. I believe that in the art exhibition world, we could soon talk about 'Latvian standard' as the industry standard. We want to hear people saying 'We'll do this event to Latvian standard', meaning it will be of the highest quality. We're not very far from this. It's time to pick up the flag.”

We have completed our slow lap of the park and Bruno looks again at the apartment window from which his younger self looked out at the manor house.

“Coming back here, I recharge by batteries but also, to be honest, I feel a little sad. I don't know why. Perhaps because here is something I have lost – those summers with my grandparents and my cousins - and I can't get them back. But my grandfather told me that, too: 'There is nothing you can take back'.”

And then, at the very end of our conversation I mention that this is number 21 in the Treasures of Latvia series. It is as if Bruno has suddenly had a bucket of cold water poured over him on this swelteringly hot day. His eyes widen, he gains two inches in height.

Snēpele is a good place to speak in a quiet, careful and sometimes sad way. It makes a much deeper impression than a two-minute start-up pitch in which you boast about your plans to conquer the world. 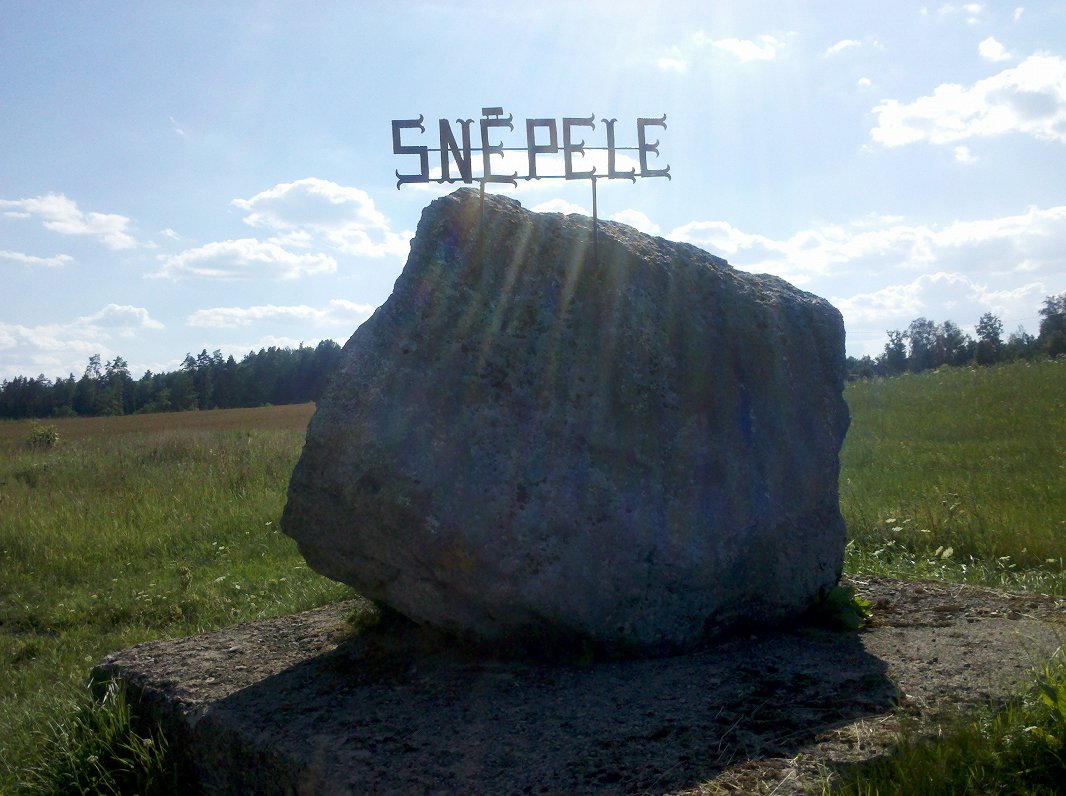