On the road with Latvian exporters: Turība University

july 11, 2018, 11:00
Business
Authors: Mike Collier (eng.lsm.lv chief editor )
Cēsis looks good in the sunshine. It is a glorious spring day that feels more like a glorious summer day and the fountain in Rožu laukums pitters and patters invitingly. Every few minutes a child accepts the invitation by jumping in, prompting laughter and mock annoyance from parents.

On the other side of the square Imants Bergs of Turība University basks in the sun and sips his coffee at a table outside the Priede cafe. Most people could quite happily spend the rest of the day doing no more than that, but having just arrived back in his homeland from the Netherlands the previous day, over the course of the next hour he is about to take us on a tour taking in such exotic destinations as Singapore, Sir Lanka, China, India, Egypt and Germany.

On The Road with Turība University

But the point of departure is the historic town of Cēsis, which Imants says he chose because it's one of the places he thinks of as “real Latvia”.

“There are towns like Cēsis, Kuldīga, Valmiera, Jēkabpils that I feel are the real Latvia. From my point of view Rīga isn't. Maybe that seems strange when we are talking globally, but I see so many countries and am always being asked where I would choose to live. And there's only one place – the Latvian countryside.”

The beauty and benefits of life in Latvia are most often overlooked by Latvians themselves, Imants says, and a tendency towards pessimism and complaining about the country is counterproductive, he feels.

“I really don't like the way some people talk about their country – and that can even influence our business because our exports aren't taking goods abroad, but bringing people here. This is a green country, a clean country, a safe country with a lot of opportunities,” he enthuses, “somehow we have to change this attitude in society that everything is bad.”

There is no better way of achieving that change than education and Turība University makes its mission explicit in its guidelines for 2016-2020 which state: “We are the creative core and driving force behind the future Latvian economy” based on the values of “Freedom. Entrepreneurship. Competence.”

“We believe small- and medium-sized businesses are the backbone of society and we want to spread entrepreneurship,” he says unapologetically.

Tūriba currently has 3,600 students in total, of which around 850 are foreigners from 38 different nations. India, Uzbekistan and Ukraine fill the top three spots among foreign student numbers with France and Germany next in line, which exhibits impressive geographical reach for an academic institution founded 25 years ago. It stresses practice over theory and personal responsibility over merely turning up to fulfil the syllabus, which has a strong bias towards business.

“The decision to start recruiting students from abroad was quite a challenge for ourselves, both academically and technically but also for society and public bodies. But without it, you'll never change. First we aimed for foreign students but now we are also looking for foreign teachers, giving us an extra challenge. In 2006 we were in last place among Latvian Universities for internationalisation. A lot has changed in 12 years,” says Imants. 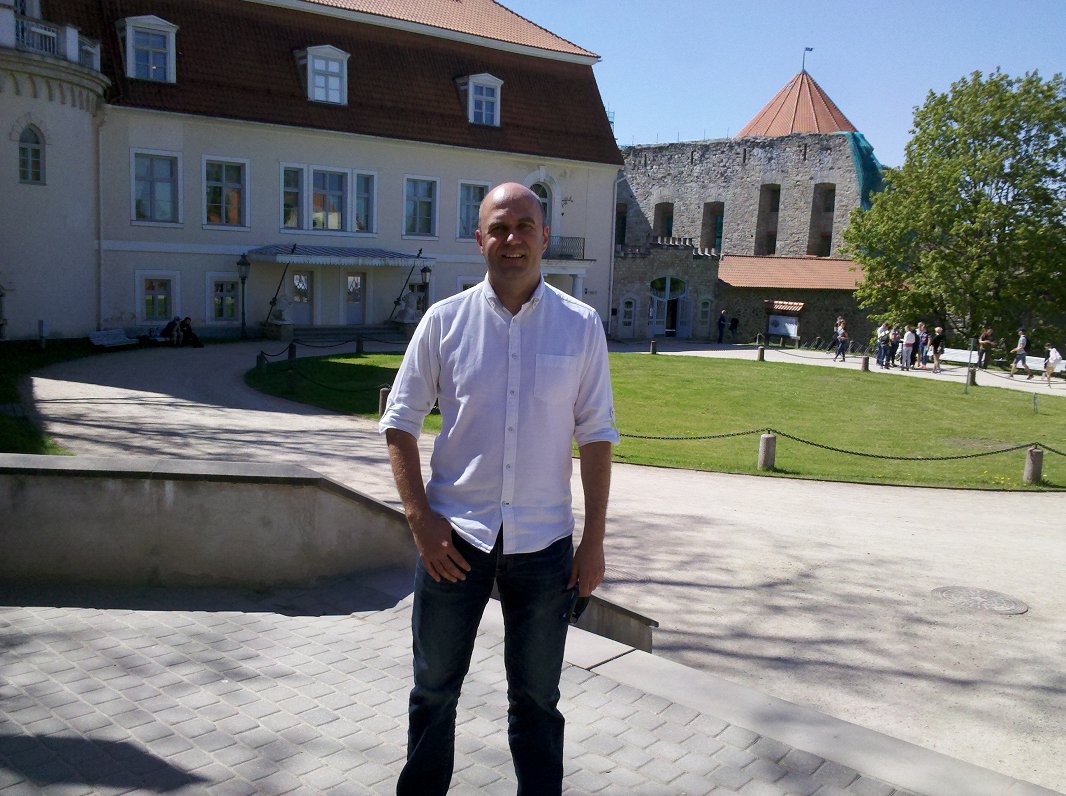 “From about 2007, I started to travel to prospective markets, and at first you think, okay, China has 1.5 billion, India has a billion, let's go there. But you go and perhaps think you can't do anything – but then you get to know some people, go to conferences, go to fairs, and find some crazy agent who is ready to work with you. It's communication. Communication is the key. You have to visit partners, they have to visit you. You have to keep the relationship at a certain level.”

“It doesn't just take one cup of coffee to have a business partner,” he says, pointing at his cappuccino, “you have to keep it warm and keep it refilled. You have to find out how people live and treat them as human beings. One of the best things I hear in my job is: 'I chose you because you came in person'.”

But that takes considerable dedication, particularly in a world where making contact via social media or emails is seductively easy and much less hassle than negotiating airports and hotels.

“You have to love your job and live your job. It's not like going into your office a 9 a.m. and forgetting about it at 5 p.m. You have to be 24/7 for years. Without such character you can't work as a recruiter. Because people have to trust you – after all, you are asking parents to send their kids somewhere far away,” he says.

Gut feelings also play an important part in finding reliable partners and targeting new markets, Imants says. Sometimes, even after you have evaluated all the available data and spoken to all the experts who tell you a deal is practically impossible, a nagging feeling tells you otherwise.

“You do the checklist. But there is also a feeling: do you feel that there will be a market or not? For example two or three years ago I started going to Singapore. On the face of it, the market was already very full and there were no opportunities. But I said I would come back a second and a third time, and all I asked for was a couple of hours, nothing else. And within two years I had generated 10,000 euros. That is not a lot, but was more than anyone said was possible. From the very first time I just felt there would be a market.”

The whole Treasures of Latvia book could be filled with the stories Imants gives of his former students now spread across the globe, from Indians chiding Latvians to be proud of their country to an Egyptian who managed to organize an amazing series of high-level meetings at a few hours notice – all because they rose to the challenge posed by Turība.

But one story in particular stands out when Imants puts down his coffee and says: “At the end of the year I always award my business card to one student. Not the best student, but the one who during the year was most often in opposition with me. Because it makes me think: 'You are independent. You have your own mind. You will probably do better than those who get 9 and 10 all the time.'”

Asked where he got the idea, Imants reveals: “Maybe it's too private, but it probably comes from my childhood and my mother. I took responsibility for the household when I was 9, 10, 11 years of age. Even at school if there was some trouble, my classmates pushed me towards the teacher to solve the problem. I think this broke my psychological barrier and I thought, 'Okay, I have no problem talking with anyone.'”