On the road with Latvian exporters: X Infotech

august 16, 2018, 15:46
Business
Authors: Mike Collier (eng.lsm.lv chief editor )
The French writer Guy de Maupassant famously said that the view from the Eiffel Tower was the best in Paris – because it was the one place in the French capital where you didn't have to look at the Eiffel Tower, which he disliked.

On The Road With X Infotech

Something similar applies to the fourth-floor balcony at the blocky concrete headquarters of X Infotech. There's a nice section of the famous Riga skyline to enjoy from the balcony on the left bank of the River Daugava and as a bonus, the grey Lego-gone-brutalist building itself is almost invisible.

"It's a good place for thinking, for relaxing and for your imagination, because we have this very spectacular view,'' says co-owner and business development director Sergey Yeliseyev, "It's interesting to think of your own personal development in parallel with the development of the city. Such a view allows you to think in a wider way."

X Infotech is a global provider and integrator of software solutions for electronic identity documents and payment cards, meaning that e-passports, national ID cards, driving licenses, payment and social smart cards in dozens of countries around the globe rely upon its technology.

It only recently moved to the new headquarters from its previous premises a Marupe, on the basis that being right beside the river has more prestige and space, even if it is a little further away from the airport. But a third reason to move was something particularly relevant to X Infotech as a company: security.

"We have plans related to the security clearance of the company, and product certification which would have required significant investment into the old building to make it ready for security certification," says Sergey.

As someone who just tried three different doors on three different levels to reach the balcony without success, I can vouch for the fact this is not somewhere you just wander in – like the business of electronic identity itself.

"It's a very small, specific niche with not many companies operating, and it is not an easy one to enter, but once you are in you can do a lot," says Sergey.

"We actually started in the banking sector, focussing mainly on personalization of banking cards and then we realised there is a market in parallel which is pretty similar froma technology perspective but much wider from a solution portfolio perspective and much harder to enter. We started to investigate this identity documentation business and it took us several years to learn about the industry, the players, the solutions required and to find the clients," he explains as a train from Liepāja rumbles across the Daugava railway bridge.

Things really started to move when the company won a contract to work on the Latvian national ID card, which carried a chip with which they already had extensive experience from the banking sector.

While the company's business is technically software, it relies upon integration with a great deal of hardware, too: biometric scanners, fingerprint scanners, facial recognition, digitalized signatures and iris scanners, advanced printers for passports and ID cards all from multiple different vendors.

"Basically our system is modular with about 30 different software models which are used for specific reasons: one component is used to capture data, to verify that data is correct, that the quality is good, another piece of software would be used for cryptographic infrastructure to encrypt the data stored on a chip or in a database. And there are many other systems, too," says Sergey.

Currently X Infotech's solutions are used in 45 different countries. That includes everything from Ireland's electronic passport system and residence permits (used by large numbers of Latvians who reside in the emerald isle) to projects in Kenya, where the company has an Africa office.

All companies want to win trust and maintain high quality control, but for X Infotech this is particularly important: a case of mistaken identity or a border control incident can have major legal and business ramifications. So how do you go about winning such trust and confidence from clients?

"The most difficult thing is to get the first reference, because if you don't have any, it's a real challenge," explains Sergey.

"You cannot expect to get a big project – or rather a complete project – from scratch. It's a step by step development in which you concentrate on one thing, and then complete it successfully to convince the client we can do more. If the customer sees expertise they will give you trust – it's trust in people rather than in the solutions or software.

"We've now reached the stage where we have one of the widest portfolios of software components in the industry and technically we can compete against very large companies."

Interestingly, while current buzzwords such as artificial intelligence are being bandied about as if absolutely everything will soon be paperless and digitised, Sergey has reservations. Institutions such as police and government are generally quite conservative and still value having a physical piece of paper and a rubber stamp.

"It's possible things will happen faster, but I would say it will be another 10 to 20 years before there is no paper at all. Just ask the border guards how they feel about it," he laughs.

Looking out across the skyline, he points at a tall, not particularly attractive concrete obelisk in the distance.

"You see the Radisson hotel over there behind the Old Town?" he says, "Lots of photographs of Riga get taken from the top of that building because it has such a great view – so now we'll be in all of them!"

It is a sentiment worthy of Maupassant. 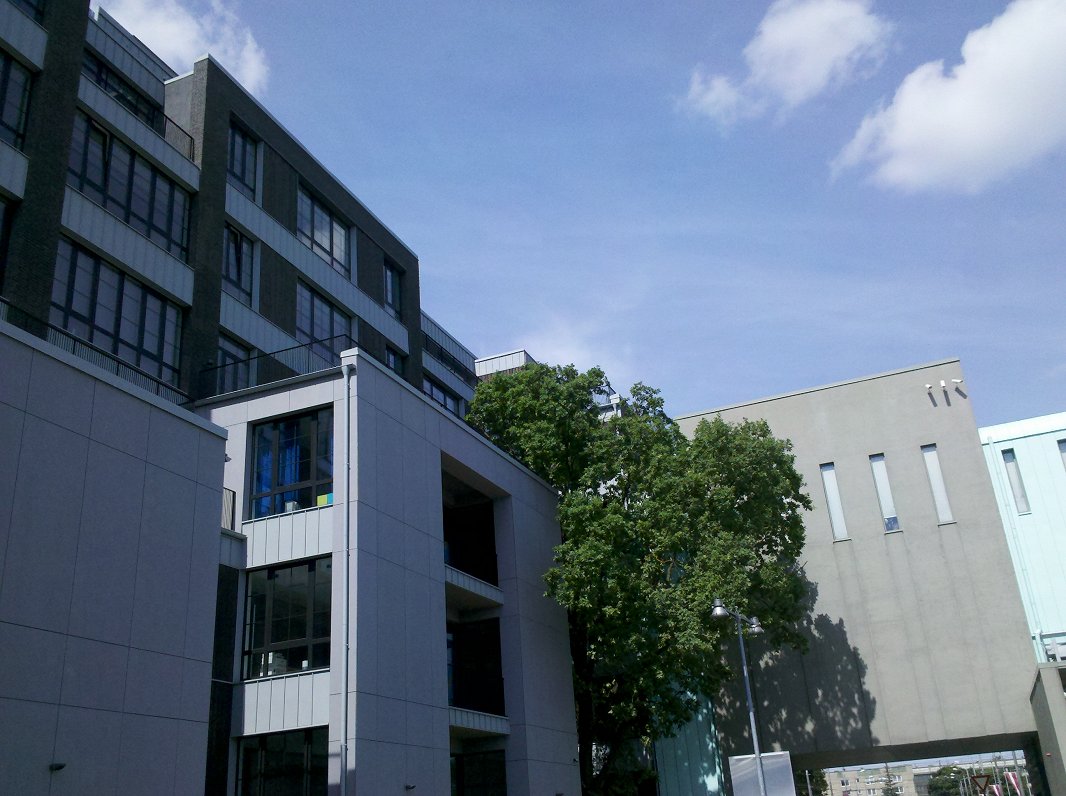