2019 was a record year in Latvian agriculture

2019 saw harvested production of grain at a record 3.2 million tonnes, which is 1.1 million t or 1.5 times more than the year before. The average grain yield per one hectare reached 42.6 ql., which is the second highest grain yield in the history of Latvia (44.9 ql. were harvested in 2015). Exports of grain reached a record amount as well – 2.8 million t or EUR 518 million. 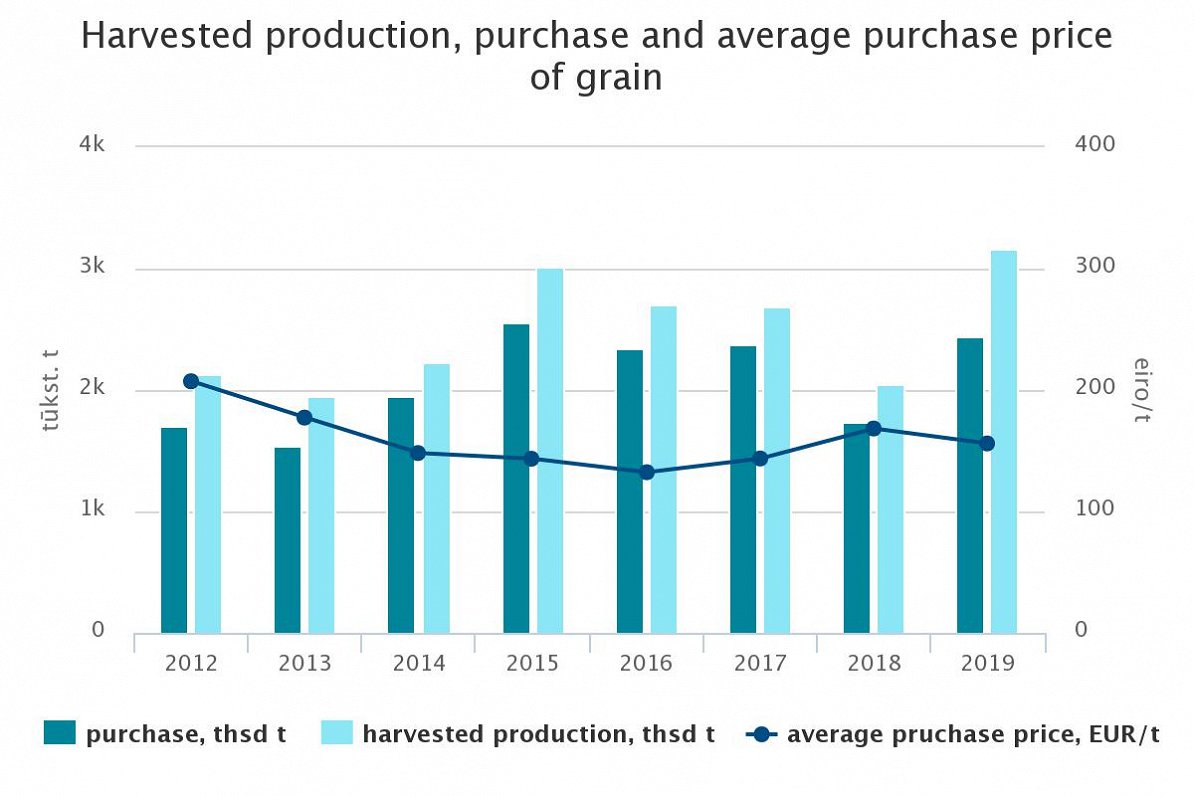 In 2019, the greatest volume of cereal products was exported to Saudi Arabia, Nigeria and Turkey. Out of all cereal products exported, wheat and meslin took 82 % (2.3 million t or EUR 417 million). More statistics for imports and exports of cereals is available in the interactive foreign trade statistics tool available on the CSB website eksports.csb.gov.lv.

In 2019, rape areas occupied 140.1 thousand ha, which is 16.5 thousand ha or 13.4 % more than the year before and the widest rape area recorded in the history of Latvian agriculture. A significant upturn in the harvested production of rape seeds was facilitated by the rise in share of winter rape up to 83.1 %.

Updated figures will be published on 31 March in the CSB database section Crop Production.