Mining and quarrying decreased by 5 %, electricity and gas supply – by 4.4 %, but industrial production output grew by 0.8 %.

However, compared to December 2019, in December 2019 industrial production volume decreased by 3.2 % (according to calendar adjusted data at constant prices). There was output drop in manufacturing (of 1.9 %), in mining and quarrying (of 5.3 %) and in electricity and gas supply – (of 5.7 %).

Compared to December 2018, the largest output drop was registered in manufacture of machinery and equipment (of 14.4 %). 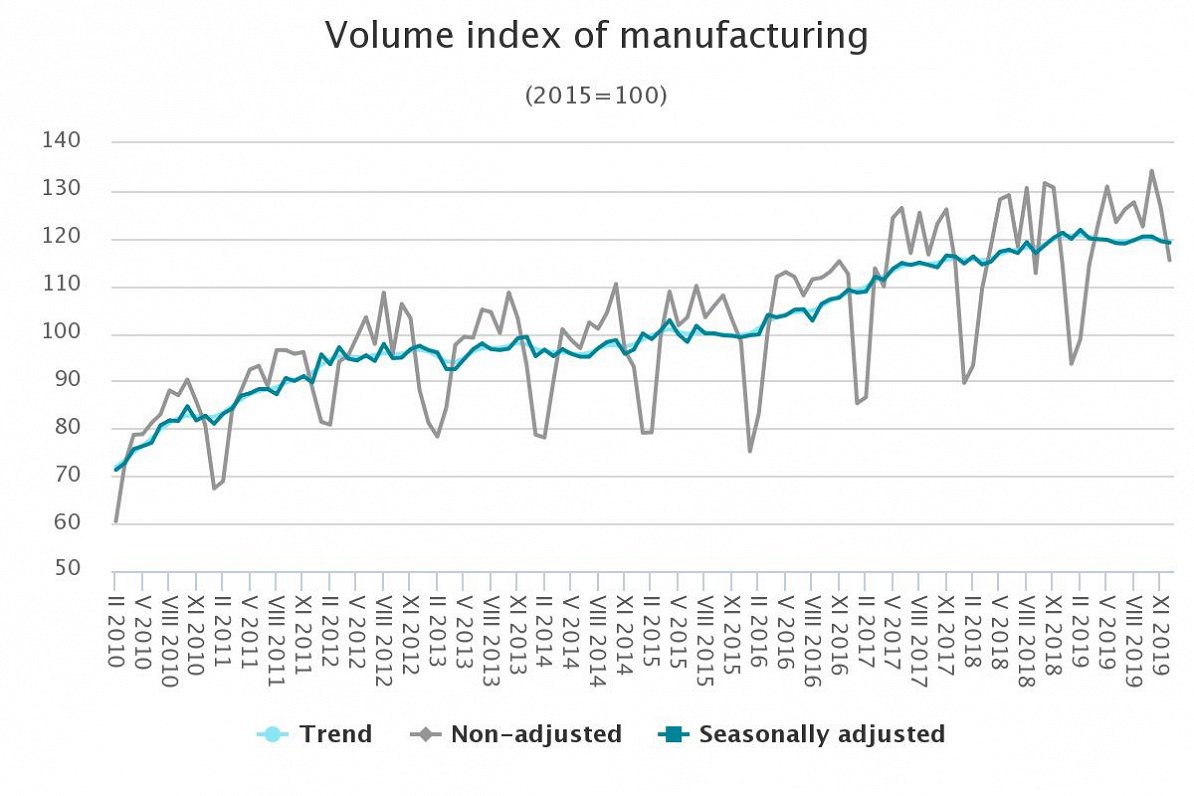 "With industry showing the largest monthly drop in output since early 2014 and declining output across all industries, it can be concluded that December has not been successful in the industrial sector," the ministry said.

"The strong downturn in industry in the last month of the year reflected industry's performance throughout the year. Overall, industrial growth was weak in 2019, with production increasing by only 0.8% compared to 2018," it added.

"In January this year, the Industrial Confidence Index for Latvian industry, published monthly by the European Commission and reflecting the general sentiment in the industry, has increased significantly. This was driven by the rapid improvement in industry estimates for potential output in the coming months. This suggests that the start of this year in manufacturing could be more successful than at the end of last year, and that growth rates in the industry should accelerate," the ministry said.