june 21, 2019, 13:29
Economy
Authors: eng.lsm.lv (Latvian Public Broadcasting)
Rīga City Council has shown a careless attitude towards expensively restored plants on Krišjāņa Barona iela, which cannot be replaced or tended this year due to lack of funding. The officials tried to vindicate their behavior by stating that the funding was planned and had been accepted in the committees. Later on, however, it was refused at the budget acceptance meeting. These developments followed after the City Council suddenly had to save the “Rīgas Satiksme" municipal transport company from bankruptcy, reports LSM's Latvian language service.

At ten o'clock in the morning, the benches in the Vērmanes garden in the center of Rīga fill with loungers, sprinklers water the vast beds of perennials, while the gardener and worker Māris Rozentāls is walking around a blossoming Philadelphia bush with a trimmer in his hands. His day began at seven.

“We start the day by collecting trash. It would been great if we didn't need to do that. It sometimes takes us only half an hour and sometimes up to two hours. Sometimes people treat the park as if it were a landfill. People are just so irresponsible. In summer, this interferes with some of our specific duties – watering, tending,” said Rozentāls.

Once the homeless people are moved on and brimming trash urns emptied, the gardeners can turn to their primary duties. A cohort of five people are responsible for swathes of greenery stretching from the Salu bridge to the railway bridge.

“There's so much work we can hardly keep up. There's too few of us,” said Rozentāls.

More than 150 tree plantations and hundreds of square meters of summer flowers were planted in Rīga this spring as part of the agreements signed for the supply of seedlings last year. No such agreement was signed on the infamous Krišjāņa Barona iela, whose flower pots passers-by started noticing only once the flowers began to wither.

It is because of the lack of funding, which was at first promised but then withdrawn from the budget just before the vote, that the Housing and Environment Department of the Riga City Council has neglected the flower pots, failing to plant spring flowers and water the ones that had survived the winter.

The director of the responsible department Anatolijs Aļeksejenko has until now refused all live interviews and did not answer the calls on the morning when he had agreed to speak on the radio. He agreed, however, to speak about the greenery on Barona iela from his office: “This year, we had 215 000 euro planned for our budget. We have received 91 600 from green spaces and have spent 77 000. We prepared two agreements yesterday. One – to take the pots, some of which look beautiful and some of which don't, away from Barona iela, but it wasn't planned that there would be conifers. In spring we had to plant the flowers that would survive till autumn, and in winter – conifers. But, unfortunately, we were not given the funds, even with the committee's support.”

The municipality is going to pay thousands of euros to its company “Rīgas meži” for the removal of the ugly pots and the planting of the valuable plants in its own forests and green spaces, and will also engage the company to take care of the forgotten trees and bushes on Barona iela.

Uldis Zommers, a board member of “Rīgas meži”, confirmed this week on Latvian Radio that there has been no agreement with the council structures: “”Rīgas meži” has to maintain throughout the whole year 116 locations which the Riga Municipality has entrusted to us under a delegation of functions agreement. This does not mean all the greenery in Riga. The Riga City Council itself has several structures responsible for managing public greenery.” 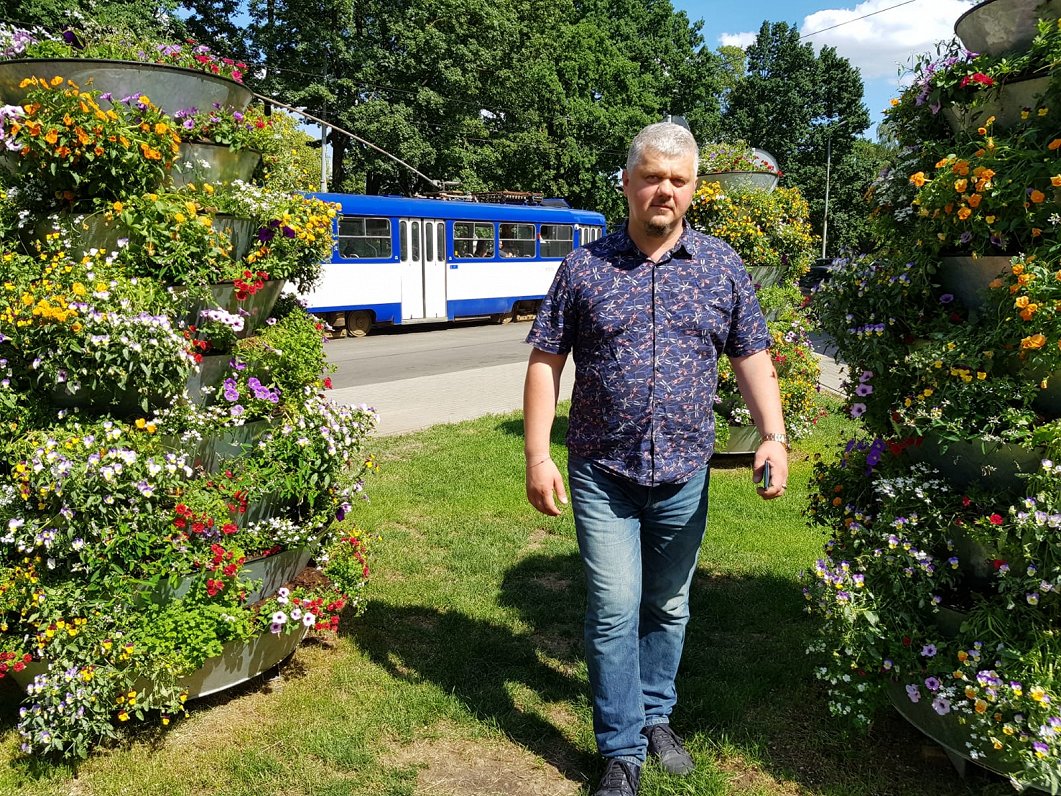 The areas for which “Rīgas meži” is responsible include the center of Rīga – Bastejkalns, Esplanāde, Ziedoņdārzs, Vērmanes garden and Kronvalda park – as well as the Uzvara park and Māra pond on the other side of Daugava, besides a hundred other locations.

Zommers claims that the wages of the employees have not been affected by the promised but unpaid funds. But it is hard to find employees willing to work for the current wages, so those who remain are overburdened.

Speaking about the promised but eventually withheld funds, the chairman of the Housing and Environment Committee of the Riga City Council, Vjačeslavs Stepaņenko said: “We don't hold any special discussions in the committee. Everyone understands that the work “Rīgas meži” does is evident and perceptible. There is another thing in the city council. There's a huge filter called the “Department of Finance”.”

The financiers of the council had to quickly look for funds before the acceptance of the budget, since the “Rīgas satiksme” company announced that without an additional 10 million euro, it will go bankrupt. It was given 130 million euro.

The chairman of the committee Stepaņenko also uses the suddenly withdrawn funds as an argument for neglecting Barona iela: “We did our job. […] First of all, it was a systemic error. Then, whoever approved the beautiful multi-million project, the project developer and customer – in this case, the traffic department – had to think about the expenses they would have to pay on a daily basis.”

Despite acknowledging that it can barely deal with the greenery, Rīga has ambitious plans for greening Krasta iela. It wants to plant one hundred new Latvian oaks, 30 birches and around 6000 bushes for about 70 000 euro. Both civil servants and politicians affirm that trees will not demand as much attention in the future, and that they will not be neglected.