Insolvency declared mostly in retail this year in Latvia

In the first eight months of this year, most cases of insolvency have been initiated in the retail sector, according to Lursoft's information published September 8.

This year the number of insolvencies of natural persons increased and those of legal persons decreased. This year, between the beginning of January and the end of August, 147 insolvency proceedings have been initiated for legal persons, while there were 223 such proceedings during the same period in 2020. 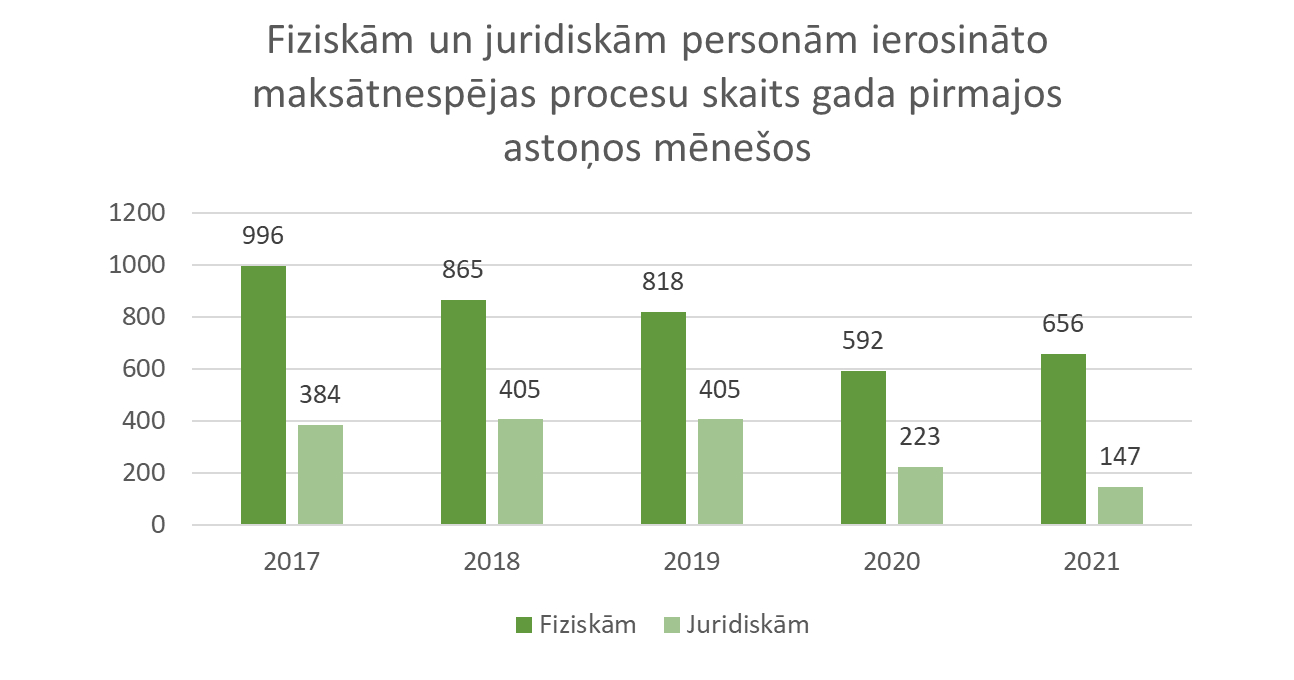 Data from Lursoft show that a third of all companies for which insolvency has been initiated in the first eight months of this year are related to the retail sector. Construction and catering services are also among the sectors where insolvency is proposed more frequently this year than other companies.

18 of the companies have already been liquidated and another eight have been started liquidation proceedings, while 43% have registered collateral.

The sectors in which the insolvency was proposed most frequently during the first eight months of 2021:

According to Lursoft, the average age of companies for which insolvency is proposed this year is seven years, but companies registered only less than a year ago are also among those insolvent.