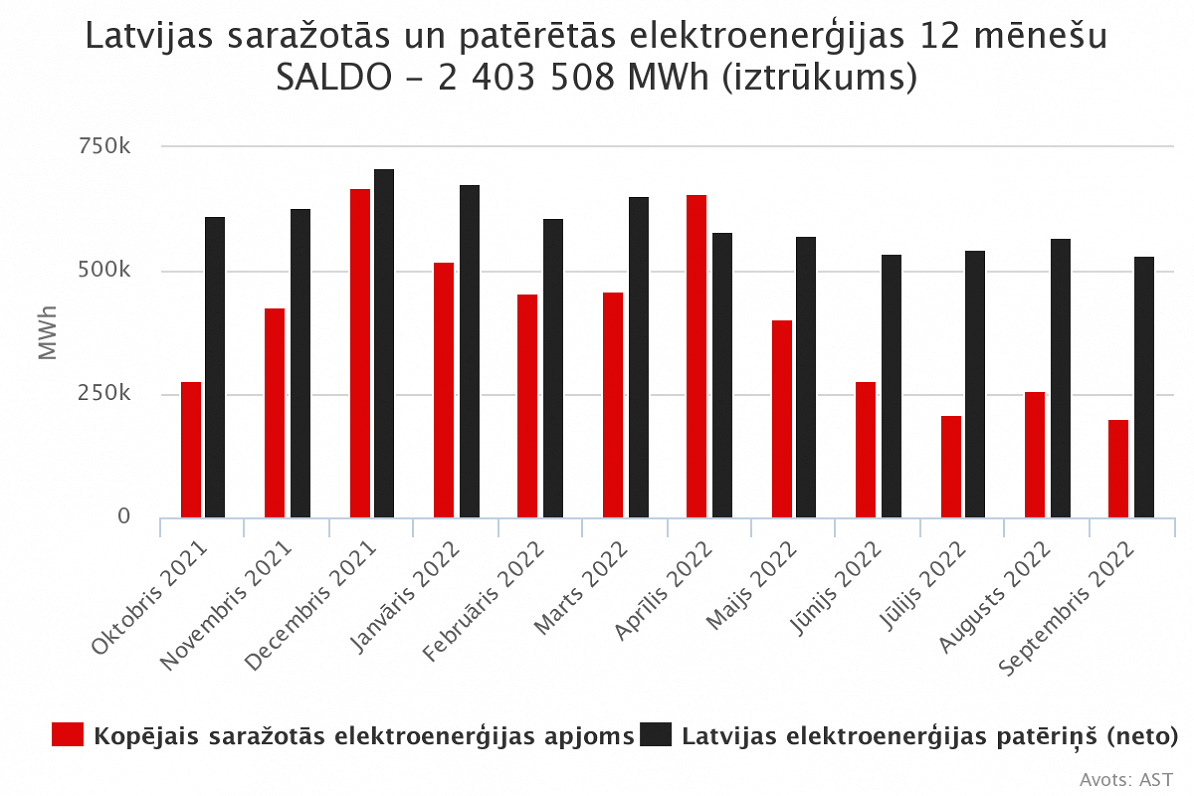 There is also a decrease in consumption in the other Baltic States and in Scandinavia.

The decrease in household consumption was also driven by the installation of microgenerators or solar panels.

In September 2021, the capacity of microgeneration installed in Latvia was 16 MW, but this year in September it was already 80 MW. Currently, according to the current arrangements, only the amount of electricity transferred to the grid is listed, but not the entire production of the micro-generation. Part of this is consumed at the time of production, which in turn reduces households' need to buy electricity from the grid.