Data published by the Central Statistical Bureau (CSB) March 1 show that in 2021 the average monthly gross wage or salary for full-time work in Latvia comprised EUR 1 277.

In 2021 median monthly gross wages and salaries for full-time work comprised EUR 994. Compared to 2020 (EUR 893) it rose by 11.3 %. Net median wages (after taxes) constituted EUR 740 and rose by 11.4 % over the year. Median is calculated based on the information available in statistical surveys and the State Revenue Service.

The median is the average in the middle of the ascending or descending order of wages of the employees, i.e., half of the wages are higher than the median and the other half are lower. As median, compared to the mean arithmetic earnings, is not influenced by extremely high or low wages and salaries, it reflects typical earnings more precisely.

In 2021, average monthly wages for full-time work were above the national average in financial and insurance activities, information and communication services, professional, scientific and technical services, health and social work, energy, public administration, and mining and quarrying.

The lowest average pre-tax wage was in accommodation and food and beverage service activities (EUR 795).

Average monthly wages and salaries in 2021 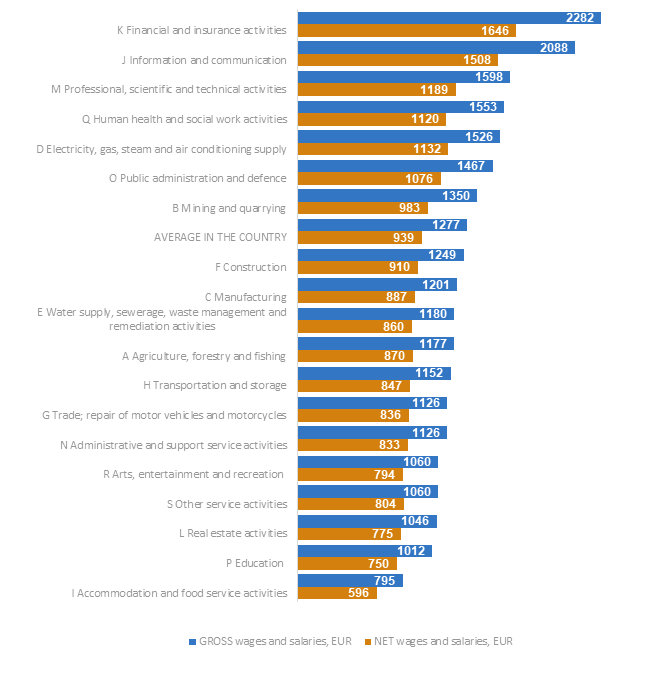