In the Ministry of Transport's budget plans for 2022, financing of 327.3 million euros is earmarked for the road sector to restore 870 kilometers of state roads, create pedestrian and bicycle infrastructure, as well as continue the construction of the Kekava bypass, LSM's Latvian language service reports.

"The road construction seasons of the last two years have been the best since the restoration of independence, as a result of which many regions of Latvia have managed to improve connectivity and quality of life for the population. Next year's budget allows for continued purposeful work," said Minister of Transport Tālis Linkaits (New Conservative Party).

53.8 million euros are planned in next year's budget for targeted grants for municipal roads. The funding is intended to enable municipalities to build, design and maintain their own streets and roads.

It is planned to spend 73.3 million euros next year on the daily maintenance of state roads, which includes clearing snow from roads, maintaining gravel verges and repairing kerbs, as well as road signs, lighting and traffic lights. 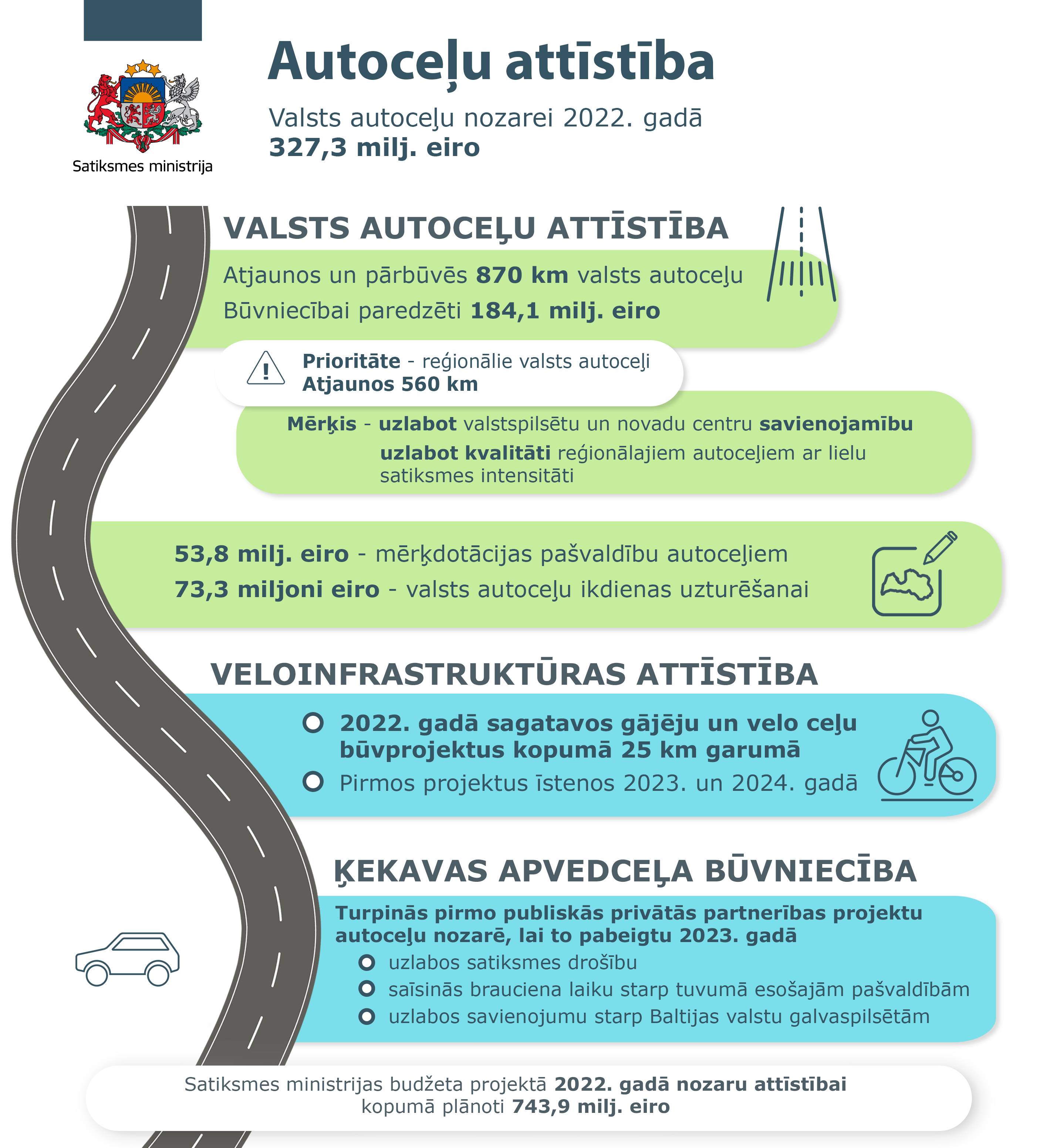