april 19, 2019, 9:01
Politics
Authors: eng.lsm.lv (Latvian Public Broadcasting)
According to the latest poll from the SKDS pollster, it is the opposition Harmony party, followed by the New Unity party of Prime Minister Krišjānis Kariņš that is in pole position as European parliamentary elections approach on May 25 in Latvia.

Behind them come the Latvian Russian Union (LKS) on 5%, the Progressives on ​​4.5% and the Greens and Farmers Union (ZZS) on a lowly 3.7%. The rest of the 16 total parties contesting the election are fighting over scraps after that. Surprisingly, both the New Conservatives and KPV LV, the two largest parties in government, seem to have seen support collapse since last October's Saeima elections, if the poll proves accurate. The New Conservatives have just 2.4% support and KPV LV a tiny 0.6%.

However, there are a couple of major caveats to the figures. More than 16% of those polled said they did not intend to participate in the elections and another 19% said they had not made up their minds in any particular direction, giving all parties reason for hope of attracting their support. 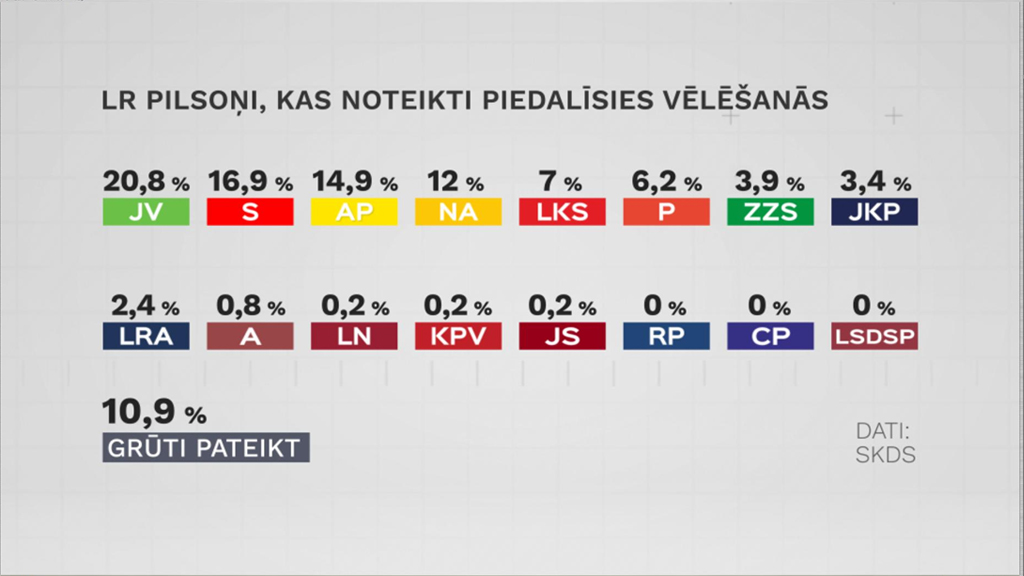 According to the data, if only voters who say they will definitely take part in the elections are counted, things become even more interesting. In that case, New Unity comes first with 20.8% of the vote followed by Harmony (16.9%), Development/For! (14.9%), and the National Alliance (12%).

You can read more about the parties and their offerings in our European elections roundup feature and more about the election process is available in an earlier feature we produced plus from the website of the Central Election Commission.