february 14, 2018, 10:27
Crime
Authors: eng.lsm.lv (Latvian Public Broadcasting)
Latvian customs officials have made an unusual seizure - not drugs, moonshine or cigarettes but tropical coral. 14,000 kilos of it.

"At the end of last year, the Customs Board of the State Revenue Service (VID) seized 14,350 kilograms of coral rock cargo transported through Latvia from China to Belarus without the necessary permission. It is the first time so much coral has been seized by Latvian customs," VID said in a statement.

An administrative offense has been initiated regarding the violation.

According to the official account, at the end of December last year, a transit procedure for goods labelled - coral sand and stones for aquariums - was filed at the Freeport of Riga Customs Control point.

During an inspection, it was suspected that the specimens were protected under the Annexes to the 1973 Washington Convention on International Trade in Endangered Species of Wild Fauna and Flora (CITES) were transported.

Representatives of the Nature Protection Board together with Zoology and Palaeontology experts of the Latvian Museum of Natural History conducted an expert examination of the goods detained at the Freeport of Riga Customs Control Station. According to expert opinion, the specimens were indeed protected by international conventions. 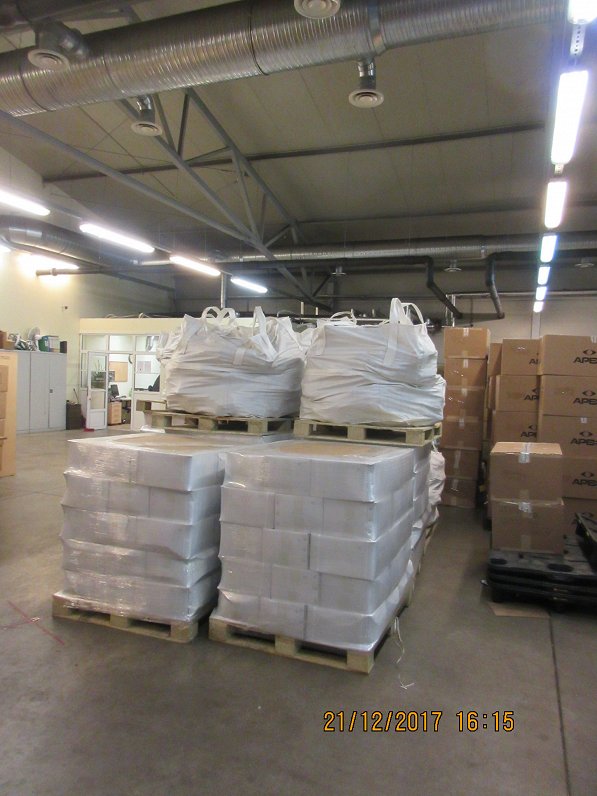 The export of coral rocks from China and transit through the European Union was subject to the receipt of an export permit or a re-export certificate issued by the Chinese Supervisory Authority - which could not be presented at the time of inspection by the freight agent.

The value of the freight indicated in the accompanying documents is $33,500, though with 14,000 kilos of coral currently in the care of the State Guarantee Agency, shelf space is probably getting a bit tight.