june 29, 21:03
Crime
Authors: eng.lsm.lv (Latvian Public Broadcasting)
A malicious app has appeared in app stores with an identical visual design as that of supermarket chain Maxima Latvija, the company informed on June 29.

The name of the app is Maxima Latvija and the developer is indicated as VD studio. The fake app may be collecting user data. 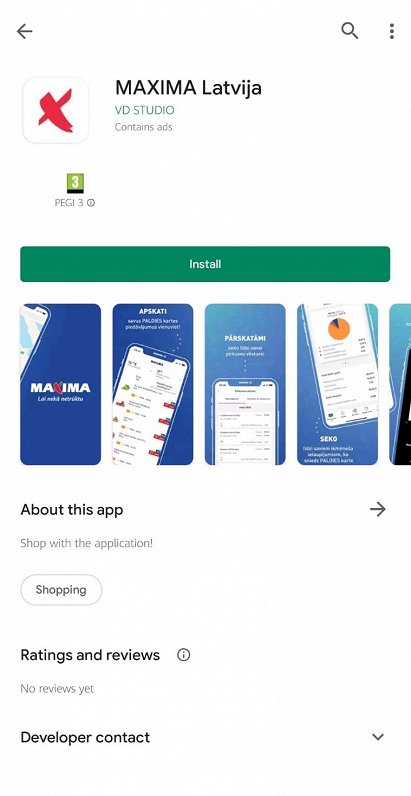 The company's original application for online purchases and loyalty discounts is called Maxima and the developer is Maxima Latvija.

“We are disappointed by the creation of such a false application and call on citizens to be really observant. We have been in contact with shop representatives about copyright infringements and illegal use of the trademark to stop the mal-app," said Liene Dupate-Ugule, head of communications for Maxima Latvija.