The National Health Service published a set of infographics August 20 showing the proportions of vaccinated population in different groups of society and different areas of Latvia.

Overall, it can be seen that older residents have been more active in the regions, whereas younger and middle-aged people's vaccinated population centers around Rīga. 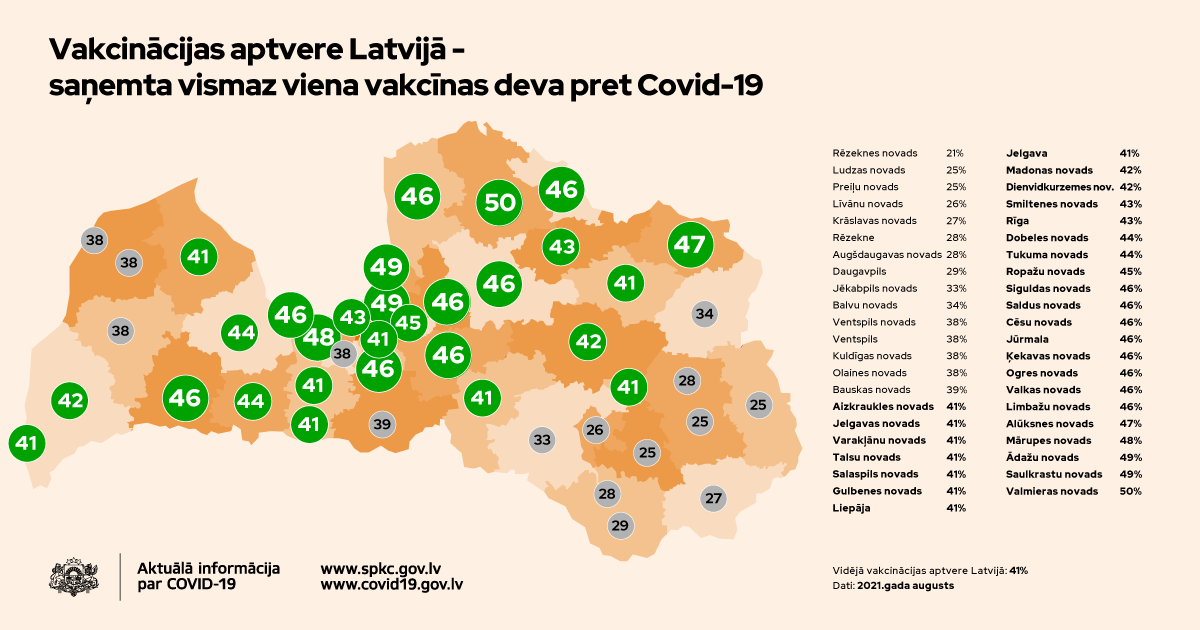 In the group aged 60 to 69 years, Saldus and Valmiera municipalities are in the lead with 69%, tailed by Smiltene and Limbaži municipalities. 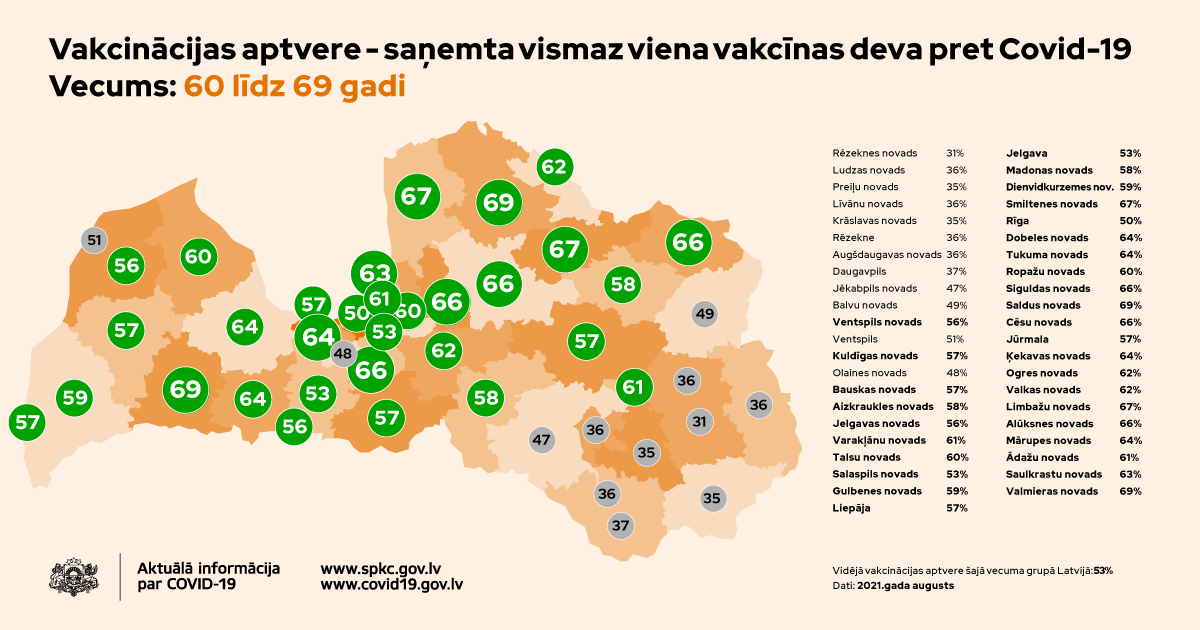 Saldus and Valmiera municipalities lead also in the group aged 70 to 79, with 82% and 80% of the population vaccinated, respectively. 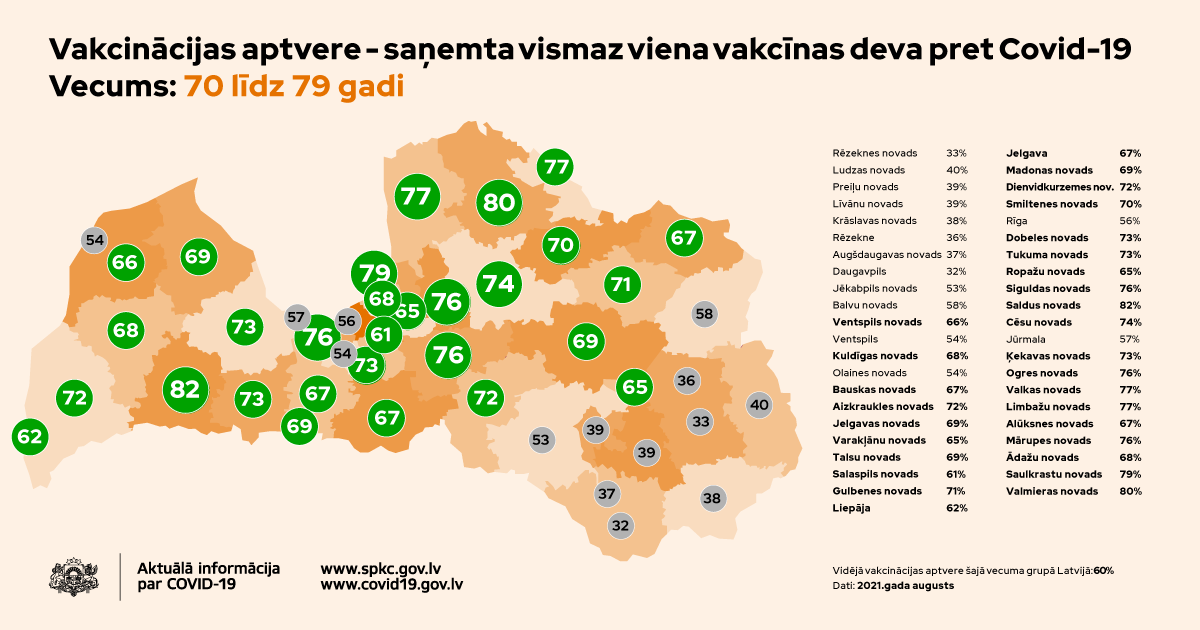 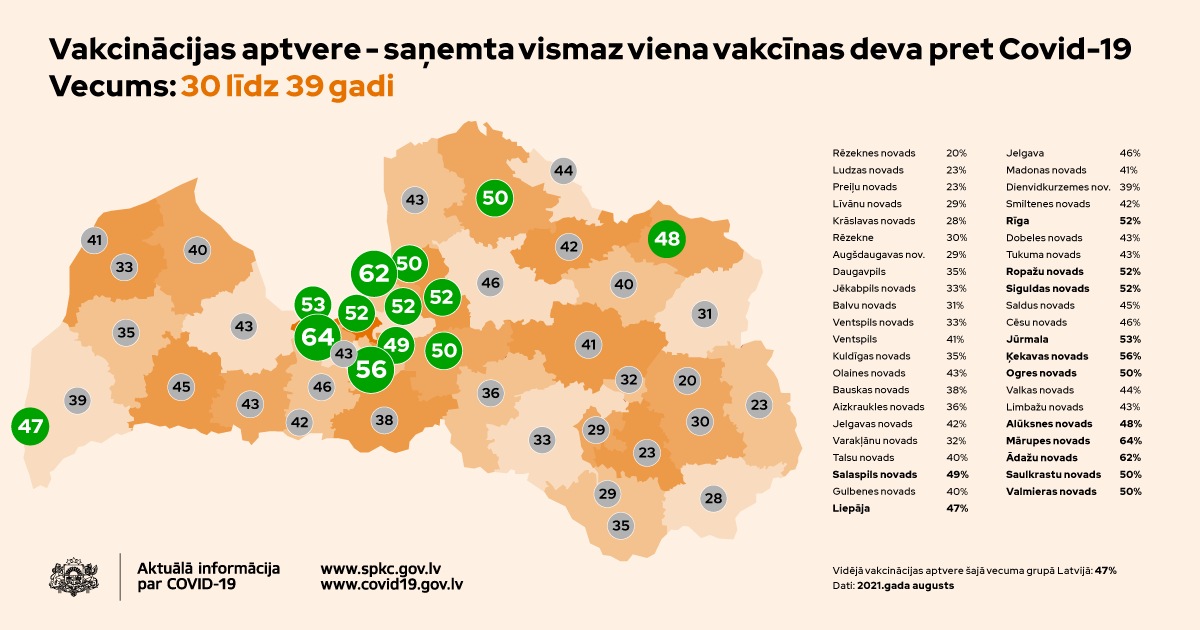 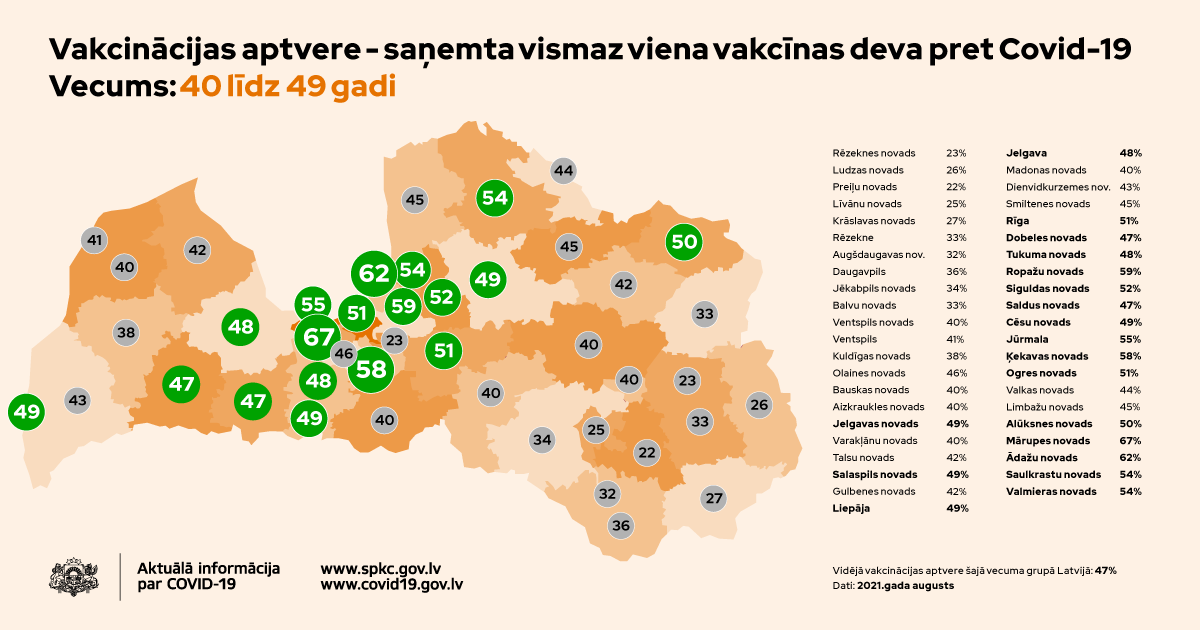 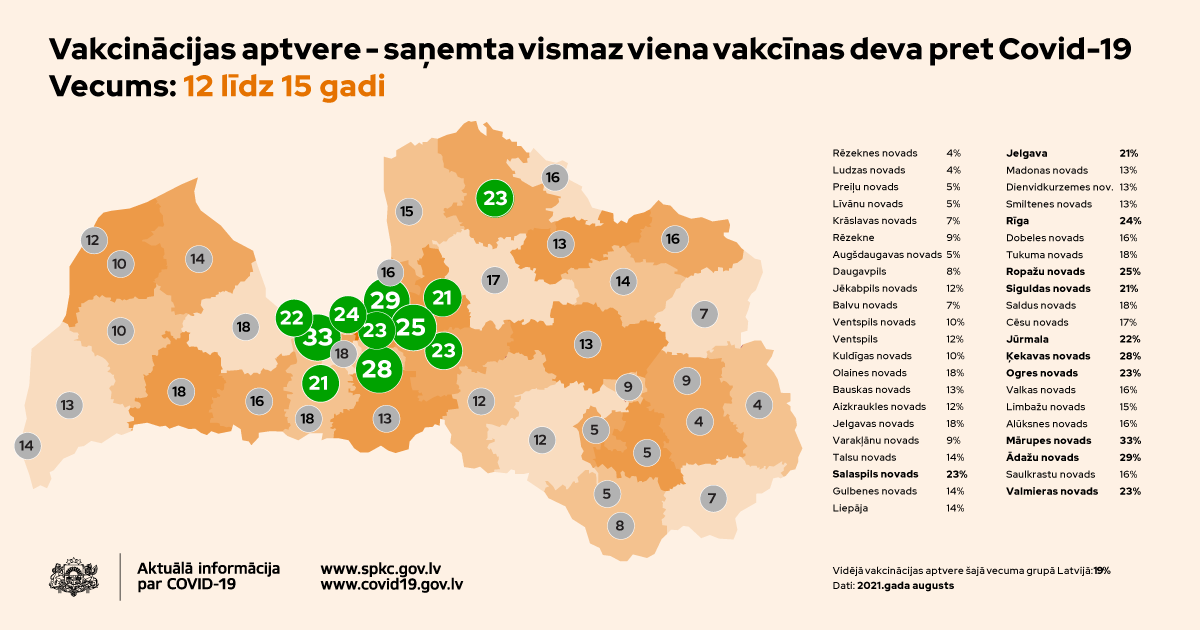 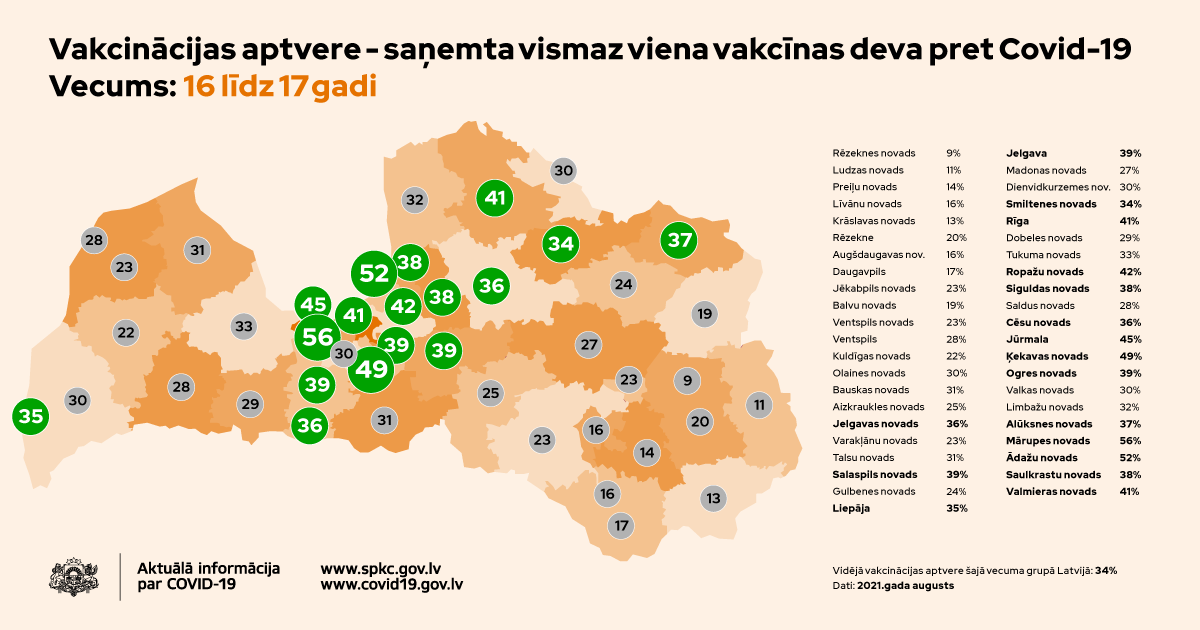 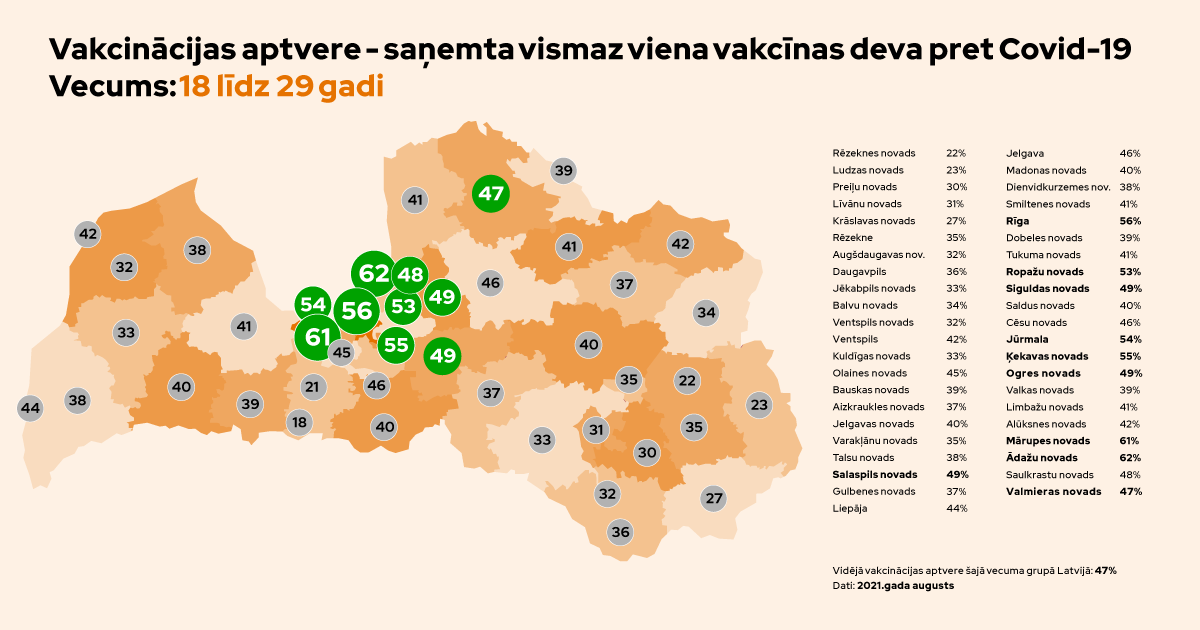