The national average as of Tuesday was 647.3.

The highest rates of COVID-19 are currently in Krustpils and Aknīste municipalities, followed by Daugavpils city, Mārupe, Ķekava, Ozolnieki municipalities and Jēkabpils and Jelgava cities. It should be noted that, especially in the smaller municipalities, the numbers are related to outbreaks in a single institution, such as social care centers or businesses.

As of December 3, the same rules are in force on a national level, no longer singling out municipalities as it was two weeks before.

SPKC continues to monitor incidence rates in each municipality. 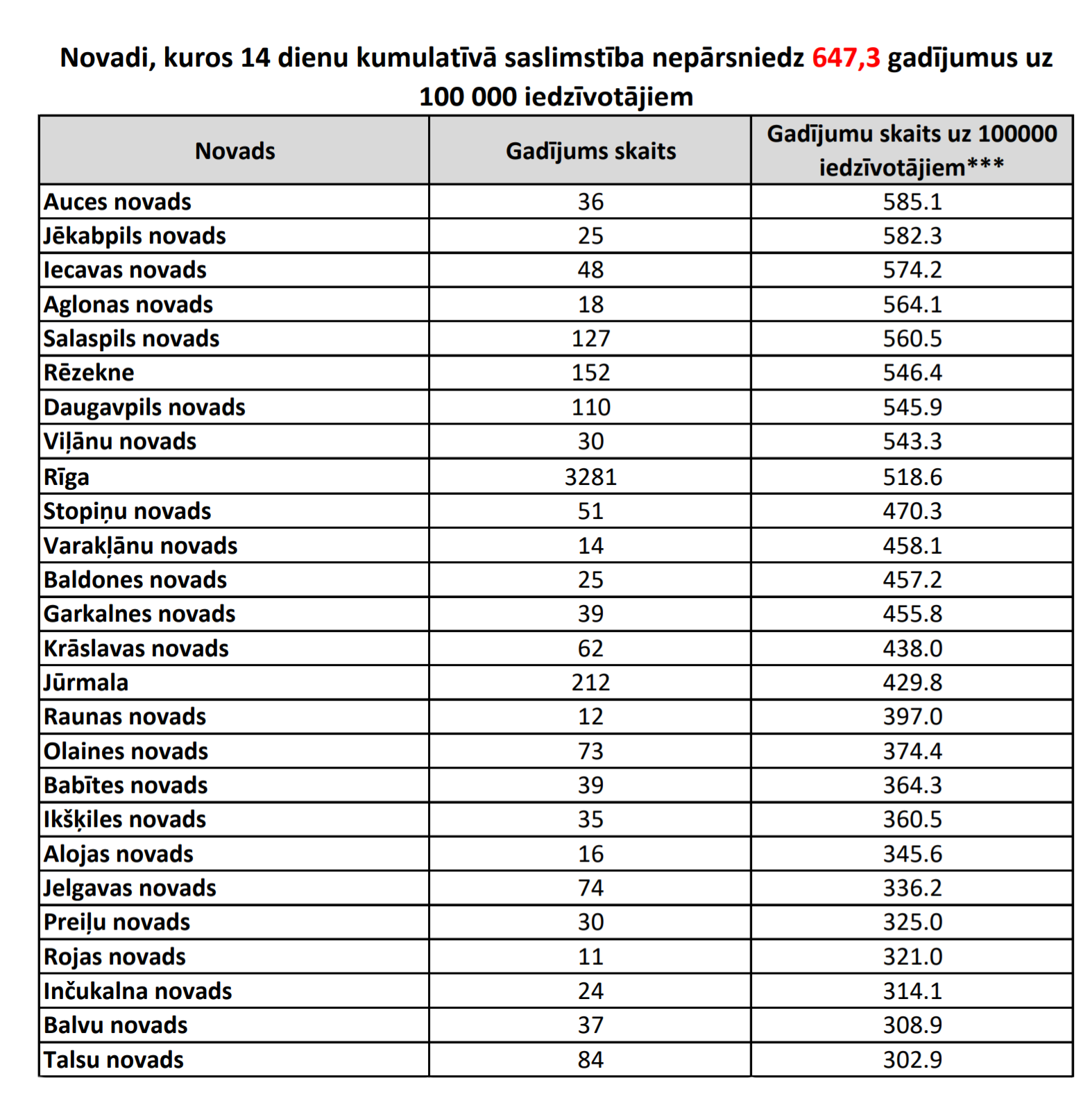 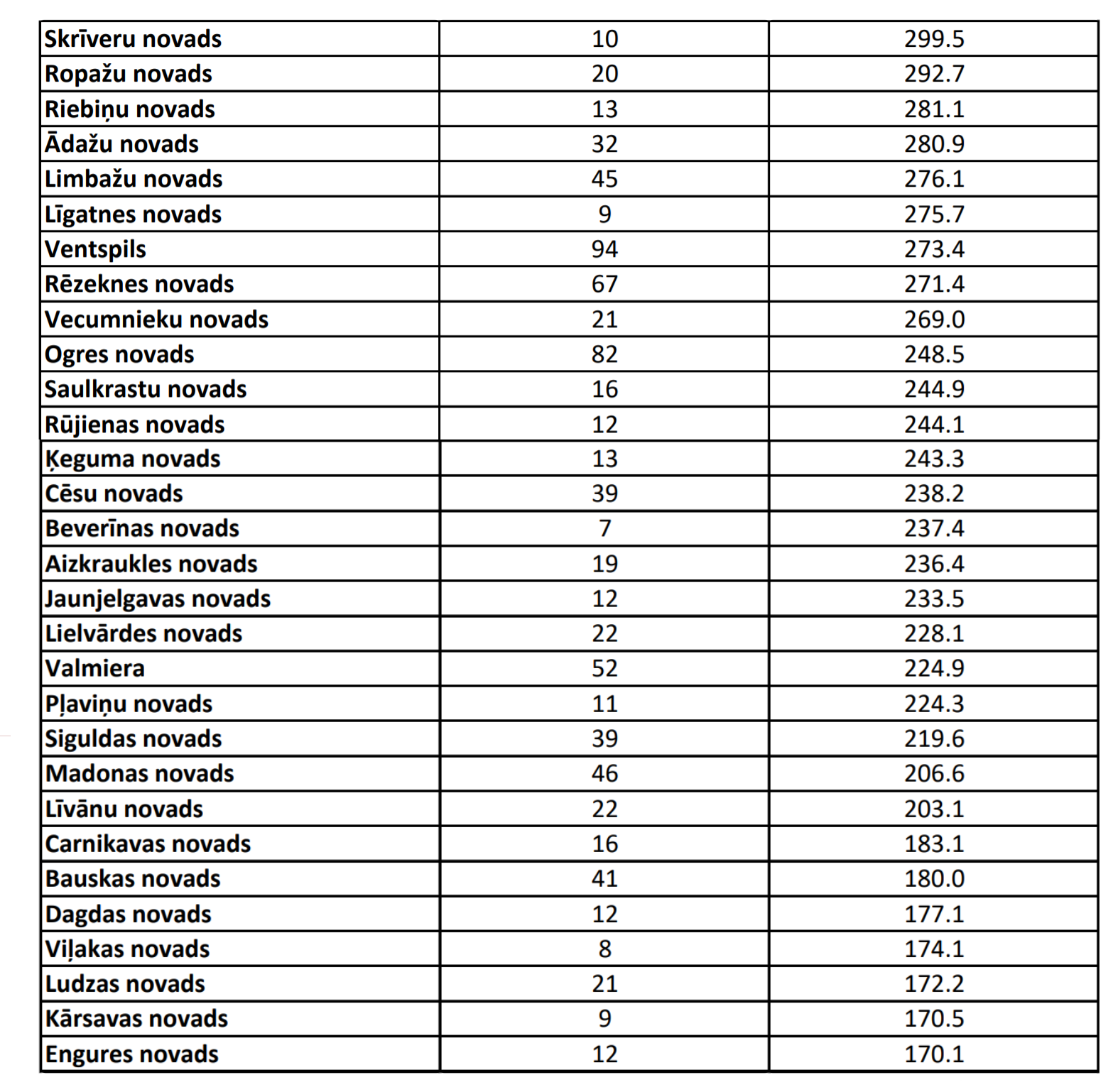 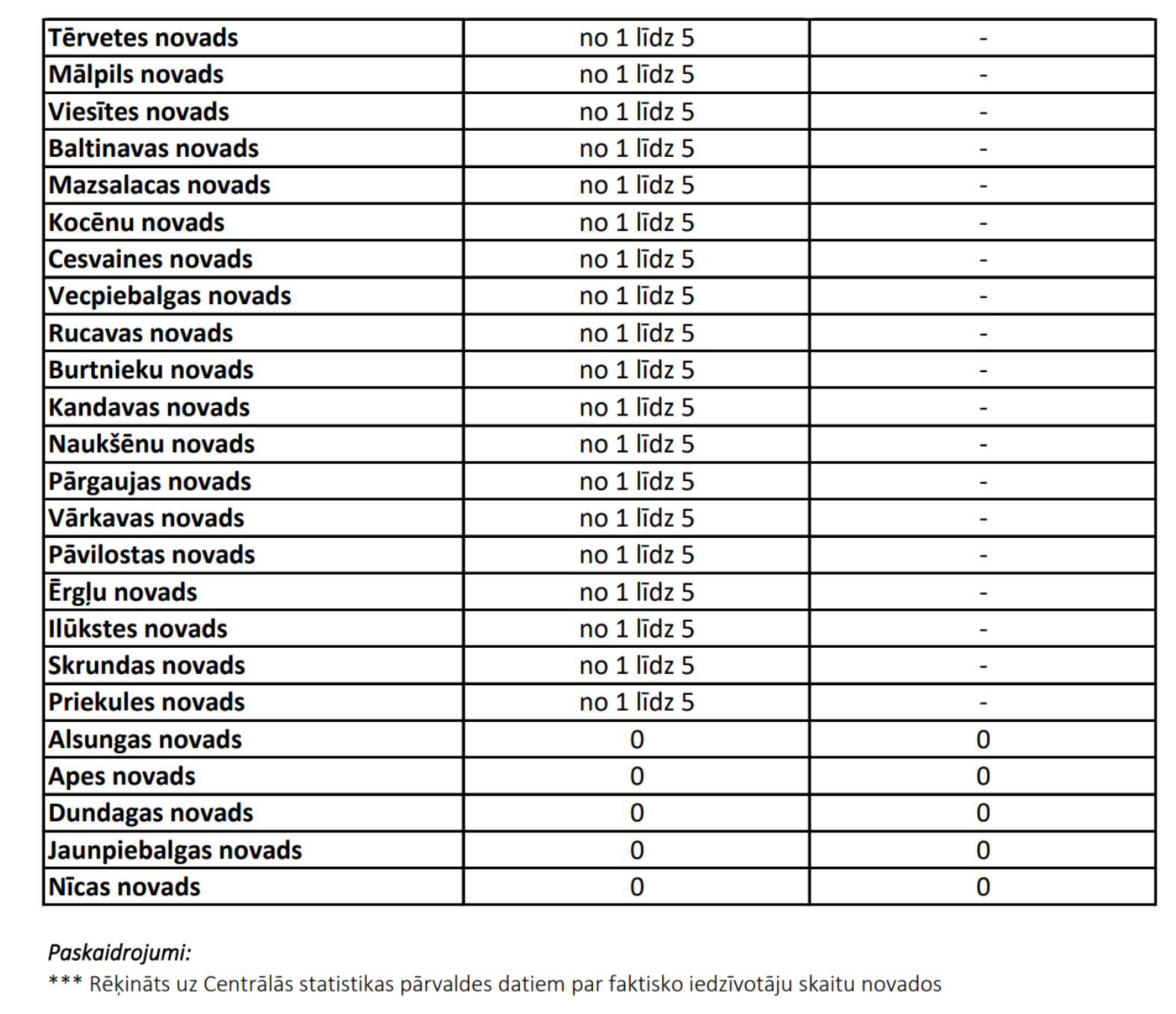