Firefighters deal with another major blaze

A plume of smoke rose over the Latvian capital to be seen for miles around after an industrial facility in the Plavnieki district caught fire. Initially believed to be a storage area for wooden palletes, the flames spread to an area containing household chemicals.

A dozen firefighters were injured as they tackled the incident, though all but one were quickly back on the job after medical treatment. Most were injured as a result of the extreme heat at the scene, according to a State Fire and Rescue Service spokesman.

However, they brought the blaze under control. Work at the site continued Friday morning, though it was said to no longer present a threat. 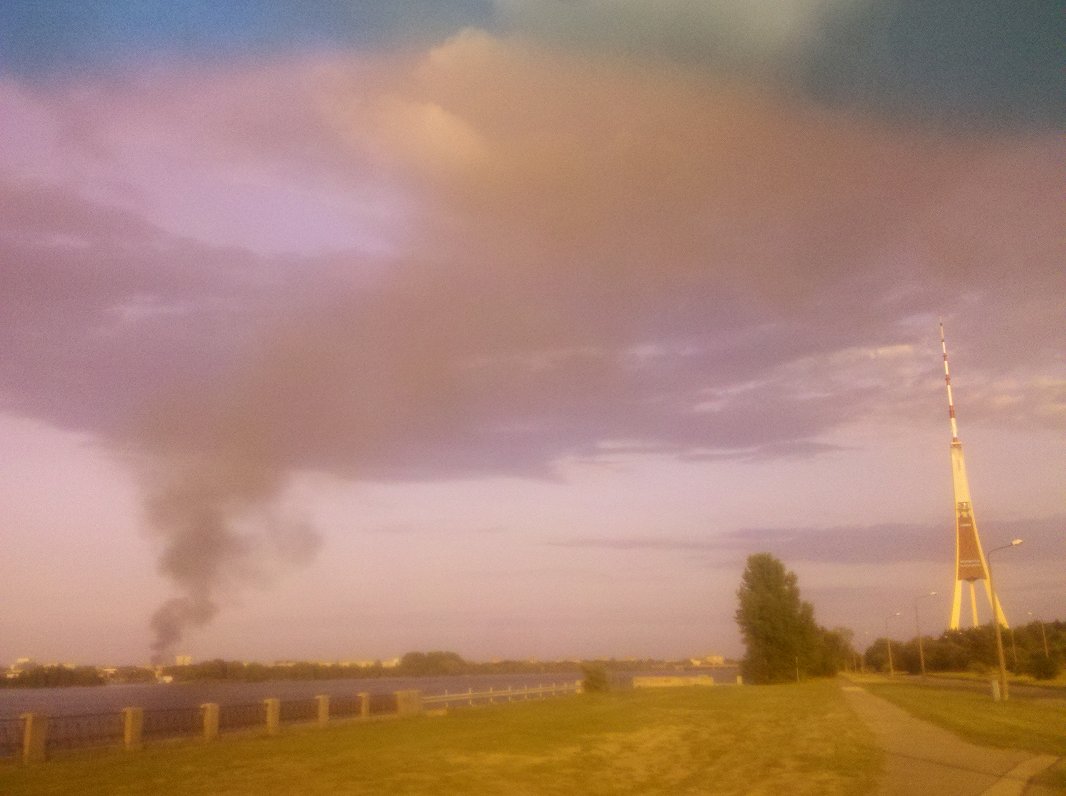 Meanwhile work continues at Valdgale in Talsi district to contain a week-old forest fire. VUGD reported that the perimter around the site remained secure and three helicopters were helping to put out flames that reappeared periodically as a result of dry weather and peat-rich soil.