Una Brenca, chief prosecutor at the international cooperation department of the Latvian Prosecutor General’s Office, told LETA through her spokeswoman Una Reke that Latvia will request Aijo’s extradition and has sent a temporary detention request.

Representatives of the State Security Service confirmed to LETA that the service has been informed about Aijo’s detention in Russia.

In July 2019, the State Security Service asked the prosecution office of the Riga judicial district to prosecute Aijo for illegal participation in the armed conflict in eastern Ukraine. 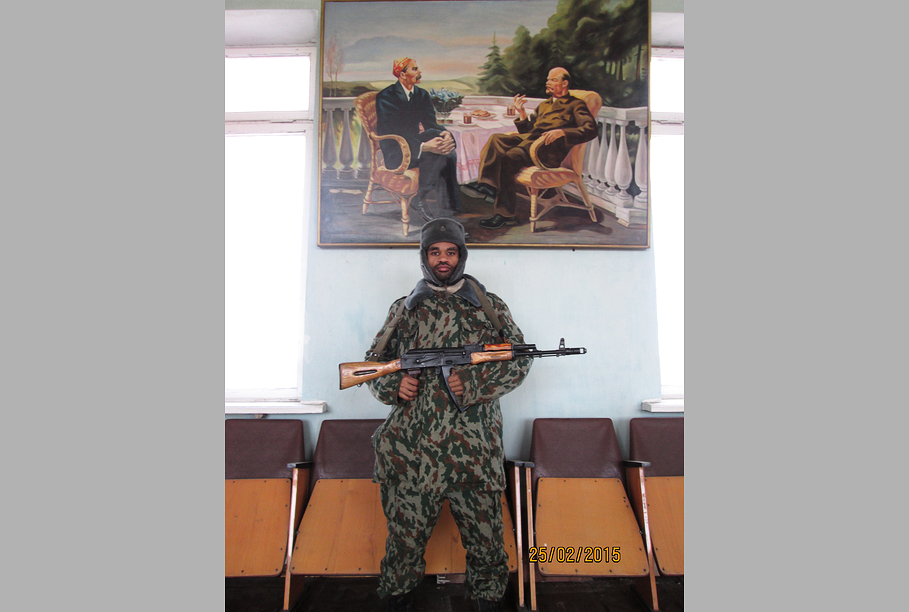 Latvian citizen Aijo had been on an international wanted list for joining separatist terrorists in Eastern Ukraine. He was detained in a village of Yarensk where he had arrived to support environmental activists protesting against development of a landfill.

Sarayev noted that Aijo had been a member of neo-fascist National Bolshevik party that now is a part of the Communist Party of the Donetsk Republic, where he is known by the nickname of 'Black Lenin' due to his African roots. He is noted for his bizarre delivery of heated speeches.

Sarayev claims that the Russian authorities have detained Aija based on Ukraine's request and he might face extradition to Ukraine.

Several years ago, before he fled to Russia, LSM interviewed Aijo in an attempt to understand his motivation and psychology.