Latvians are not too optimistic about 2021, survey shows

Only 28% of the surveyed Latvian population expect to have a better next year on a personal level, and only 18% think Latvia will be better off in 2021 than this year, according to research center SKDS survey conducted in December 2020.

These evaluations are the second worst since 1999, when the research center started conducting these surveys annually. Historically, the worst estimates were at the end of 2009. 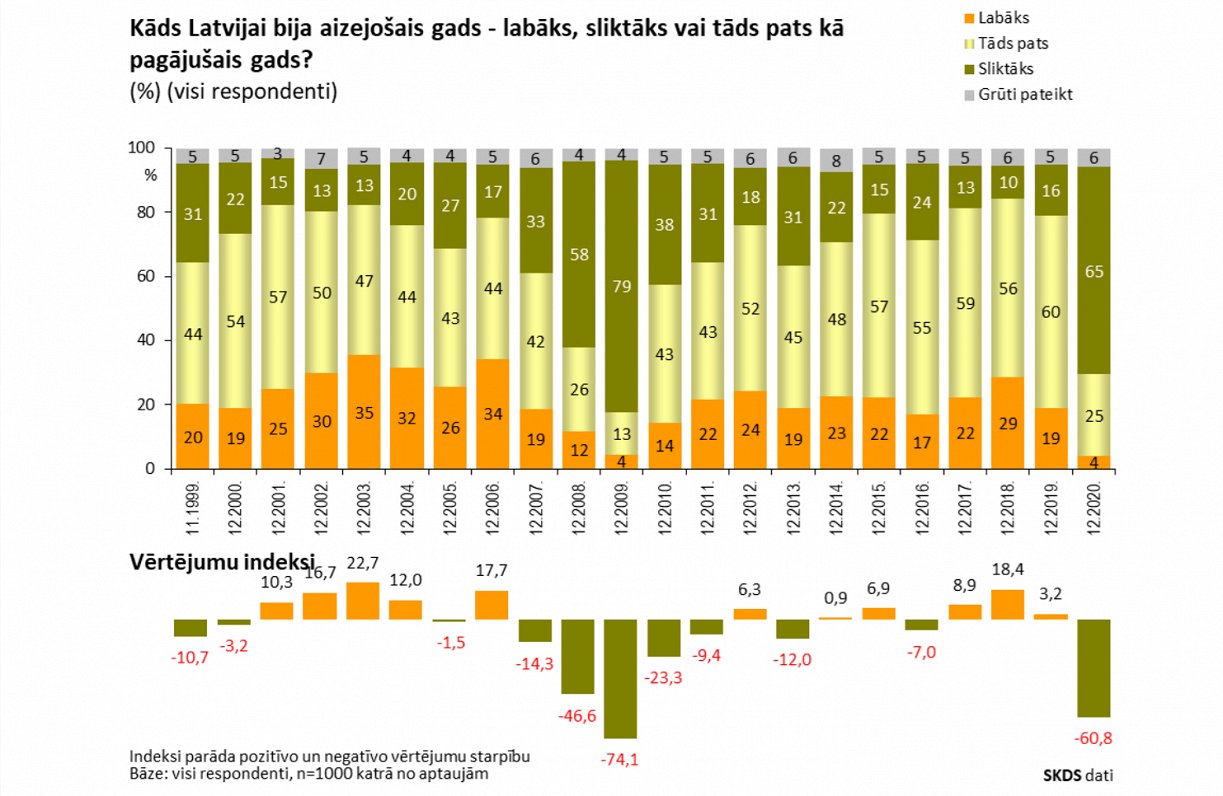 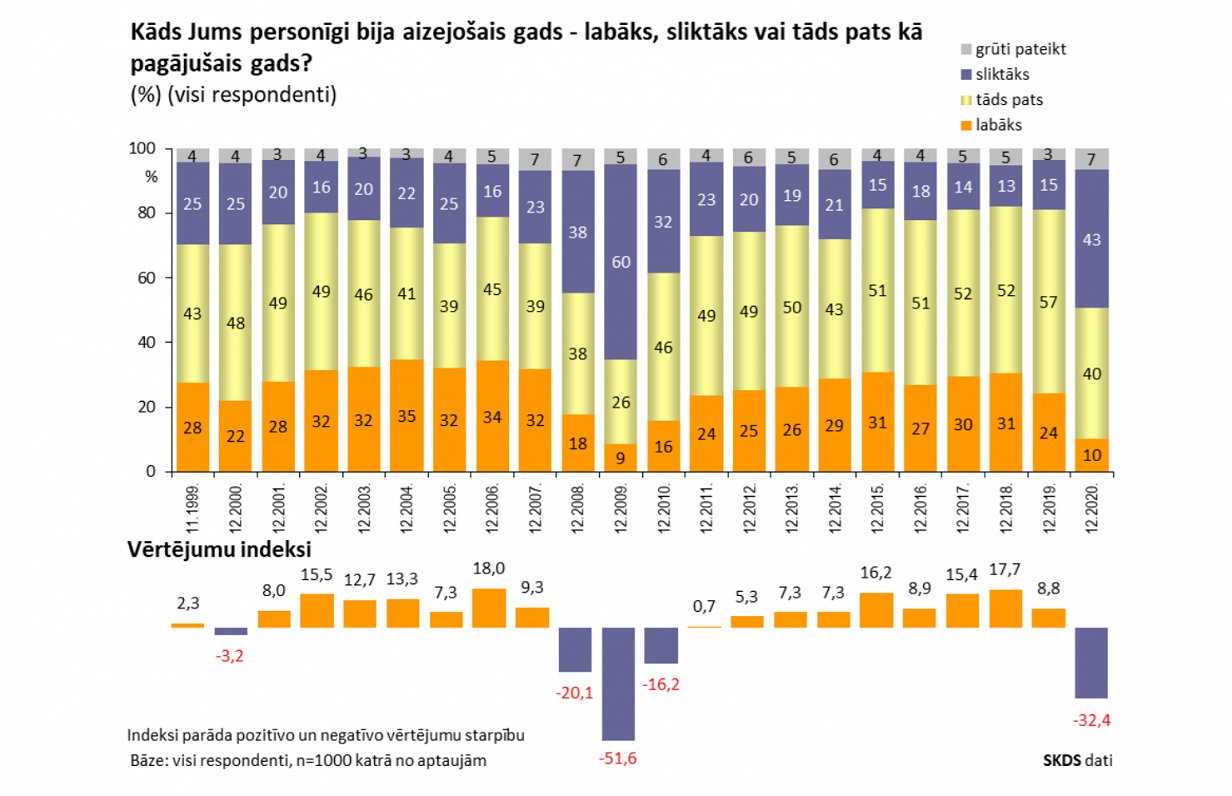