Latvians fairly happy with their lot in life

april 4, 2019, 13:28
Society
Authors: eng.lsm.lv (Latvian Public Broadcasting)
Latvians may not have a reputation as the most optimistic or extrovert people on the planet, but according to a new European Union Statistics on Income and Living Conditions (EU-SILC) survey conducted by the Central Statistical Bureau of Latvia (CSB) the majority are fairly satisfied with life.

Only 15.3 % of Latvia's population aged 16 and over gave a high rating to overall life satisfaction, 58.3 % gave an average rating and 26.4 % gave a low rating. The average rating given by the population constituted 6.7 points out of 10. 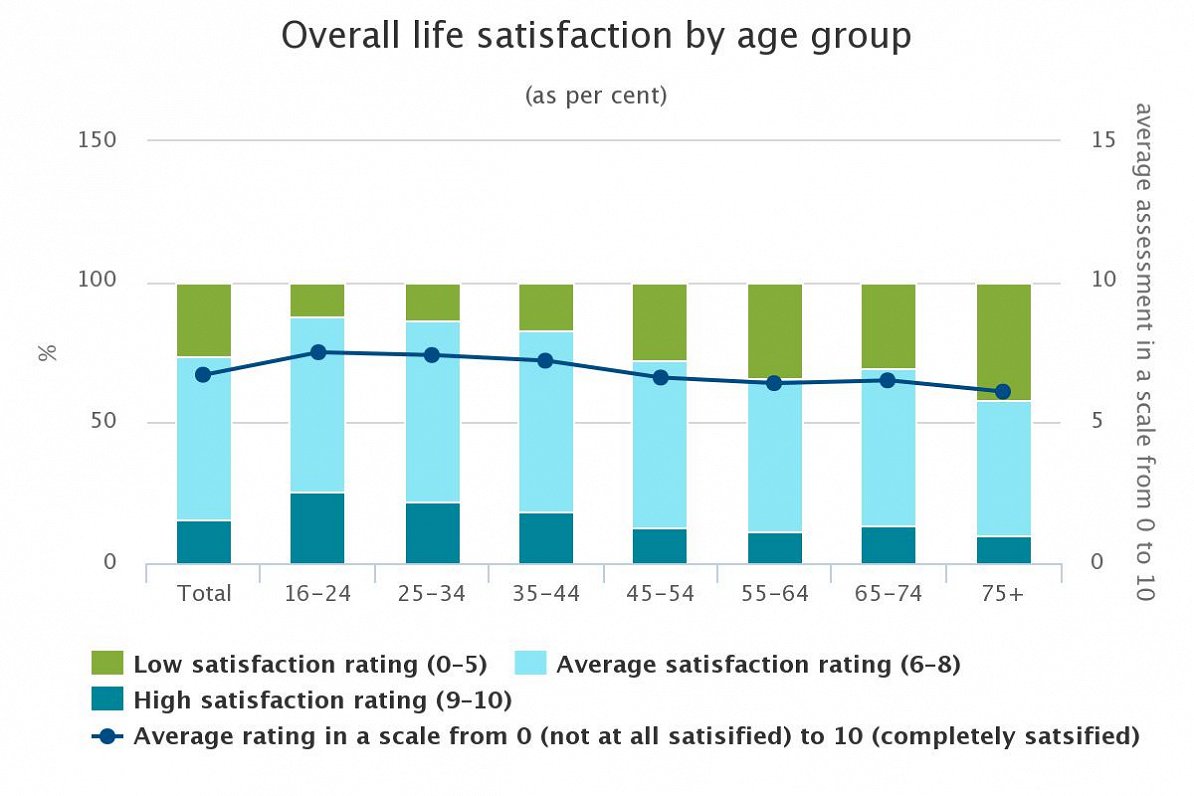 The highest assessment ratings were given by young people, while the lowest by the elderly population aged over 75 years.

Similarly, in news that will shock no-one, unemployed persons and those with lower incomes have lower overall life satisfaction. Meanwhile life satisfaction in households with children aged under 18 is assessed with a higher rating (on average 7.3 points).