may 28, 2019, 17:14
Society
Authors: eng.lsm.lv (Latvian Public Broadcasting), Iveta Čigāne ("Latvijas Radio" Latgales korespondente )
The number of violations on Latvia's eastern border have decreased from 202 in the first five months of 2018 to just seven by the end of May in 2019. This is after security was tightened with the construction of a border strip and, crucially, a fence on what's part of the EU's eastern flank.

While a lot of money will continue to be spent to ensure continued border security, Latvian Radio reported May 28 that at the same time the Border Guard are still suffering from lack of personnel.

"Over there they're cleaning up the river, and the famous new fence starts off from that little bridge," said local Adrija Zālīte, a livestock farmer from Baltinava, right by the Latvian–Russian border. "You can't see it through the bushes right now but it runs into the forest right from the bridge."

Just 200 meters off her home, the border is being reinforced, and its chief part is a wire fence of a three-meter height.

Adrija told Latvian Radio that Border Guard watch the border closely, fence and all. If any livestock break out of the pen in the direction of Russia, they immediately notify the owners about the potential border crosser. Adrija said that they can't go right across their favorite spots to forage berries and pick mushrooms anymore because of the fence, and guests have to have a special clearance to arrive to the border area.

But everyone's used to it by now and the upcoming changes won't really shake up local life.

A number of investments are taking place, with €21m spent on infrastructure on the border with Russia and a further €28m on the border with Belarus. An additional €15m is to be spent on modernizing existing border crossings and creating a border strip. 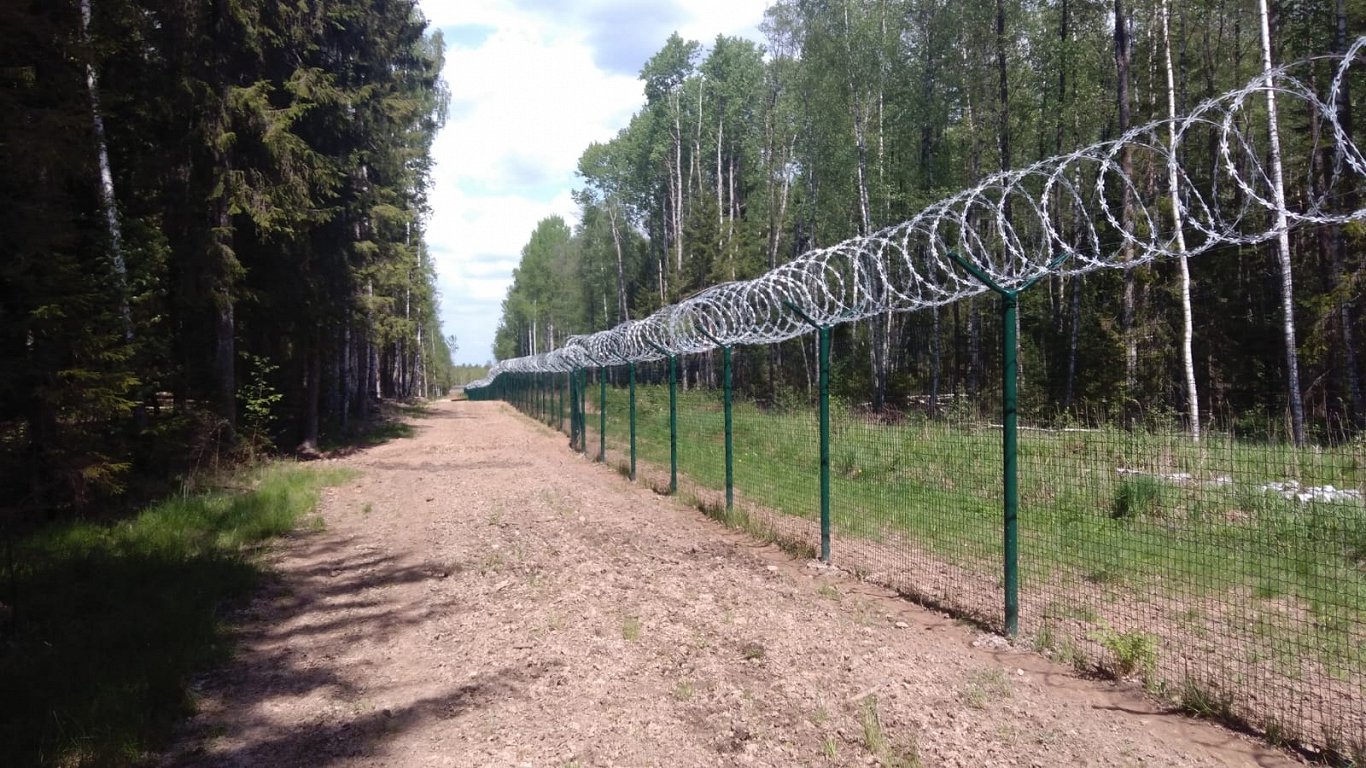 The border between Latvia and Russia is 284 km and by early 2019 a 207-km border strip has been created along with a 93-km fence. The Pasiene Border Guard chief Sandris Buliga said that, this year, no violations have been recorded in his turf after a 21-km uninterrupted fence was erected from the direction of the Terehov border crossing.

The border with Belarus, however, has not been brought up to par yet. Aigars Steļmaks, the head of the Piedruja Border Crossing Department, said that as Latvia and Belarus have a border river between them this is often used for contraband. Two cases have been discovered this year and both were solved.

Last year the Interior Ministry held a tender for constructing further security measures at the Belarus-Latvia border. This includes creating a border strip of 173 km and building a 135-km long fence. Four additional bridges are being built in the border area, with the total cost of the project at €28m.

By June, work to modernize the Silene and Pātarnieki border crossings is to start, adding traffic lanes and improve pedestrian and bicycle access, Border Guard rep Armands Rabovičs said. €8m are to be spent to this end with works to finish by 2021.

While the crucial transport node that is the Terehov border crossing will be fitted with an extra control building as well as rebuilding existing infrastructure. €6m is to be spent on this border crossing.

Despite considerable investment in the border, the number of vacancies at the Border Guard stands at around 7.5% or 233 people.

Solvita Tocs-Macāne, head of HR at the Border Guard, said that this means enough patrols can't be sent to scout the border and that this makes it impossible to set up a fast-response team.

The Border Guard likewise say they want to erect a further 100 km of fencing on the border with Russia. If the Interior Ministry supports this initiative, funding of a further €5m will be needed.