january 27, 10:18
Society
Authors: Latvijas Radio, eng.lsm.lv (Latvian Public Broadcasting)
The Preiļi municipality is currently debating a detailed plan for how to develop the city center, including whether the bus station should be moved from the main square to a different location, according to a Latvian Radio broadcast on January 27.

“There are no amenities, it's heated with firewood, it's not convenient, especially with small children. We're uncomfortable ourselves in front of visitors,” said Sanita Meļko.

The Preiļi City Council Development Department Project Manager described the bus station, which is currently covered with a protective mesh on the street side to hide the unattractive appearance from residents and visitors. It's one of the city center buildings that would be affected by the new plans, and the city council, as its owner, is trying to decide whether to renovate or tear it down. 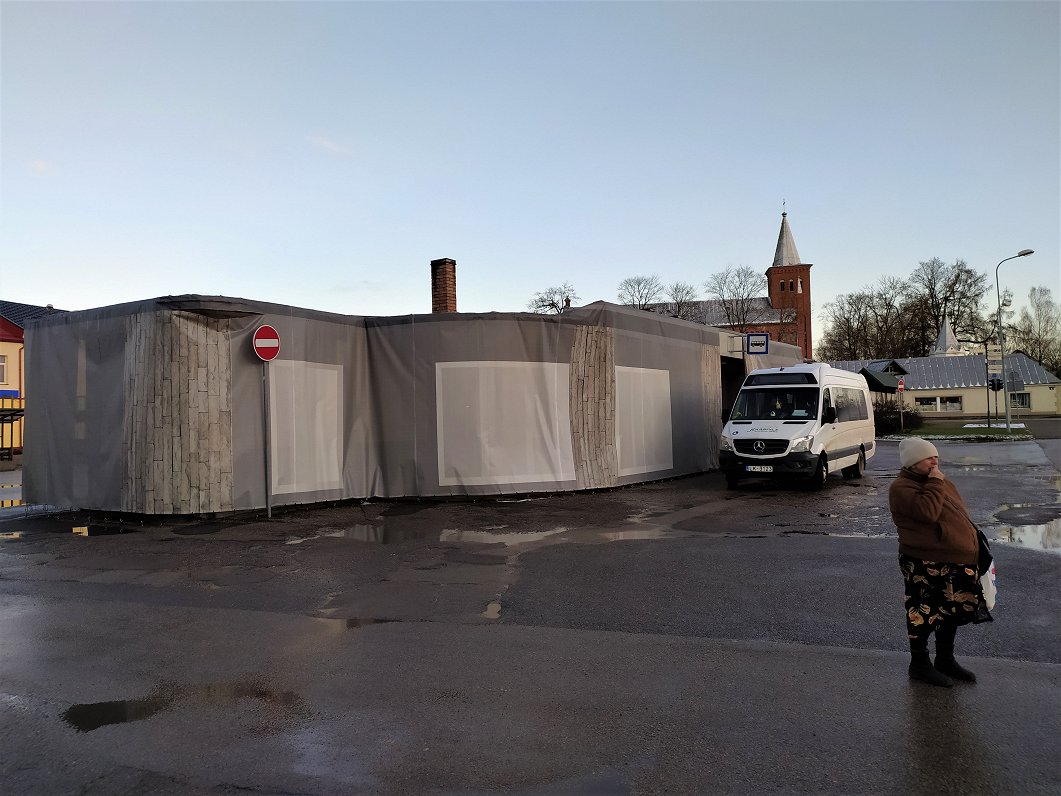 When local residents were surveyed they admitted that there's a lack of recreational spaces, summer cafes and bike paths. Several variations of the detailed plan for the city center territory around the historical market square and bus station are currently being developed by land surveying and territorial planning company Metrum.

“We think the amenities must be improved, and we would most like to return the square across from the bus station to the people, and we see it as a green territory that can be modernly upgraded,” said Metrum Architect Māra Kalvāne.

The architects' various plans include expanding the bus station, building a second floor, or building a completely new one, however the branch director of the company renting the bus station, Jēkabpils autobusu parks, says the building is beyond repair. “I'm there every day and I see how damp it is,” said Mortens Perševics.

“At one time there were ideas to move it next to the library. I agree with the architects that the city center should be freed of cars, because it affects safety there,” said city council member Juris Erts.

However other council members disagree about moving the station, as they argue the current location near shops and the pharmacy is convenient for older people and those with physical disabilities. The plans will be debated through the end of January and all residents will have the chance to express their vision for the city center and bus station.