Survey: residents of Latvia were less than impressed with 2021

At the end of the year, 14% of the population of Latvia said 2021 was better for the country as a whole than 2020, 41% said it was worse while 38% said it was the same, according to a survey conducted by the research center SKDS in December.

The 2021 survey shows that 16% of the population assess this year as personally better for themselves, 31% say it has been worse, while 45% think it has been the same as the previous one. Historically, the worst personal assessments were also at the end of 2009 followed by 2020. 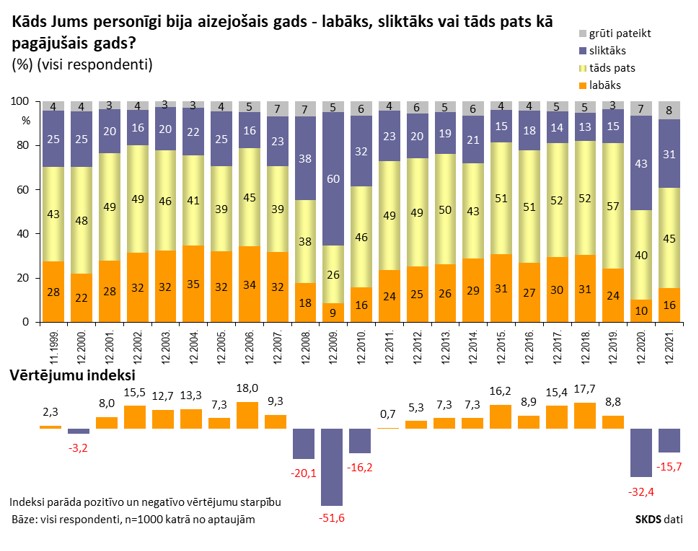 According to SKDS, the population's forecasts on what Latvia might experience next year indicate a slight increase in optimism compared to the answers given for the near future at the end of last year.

Historically, the most pessimistic forecasts of the following year for their country were provided by Latvian residents at the end of 2008, when only 11% of the population forecast that the following year would be better for Latvia, while 52% expected it to be worse. 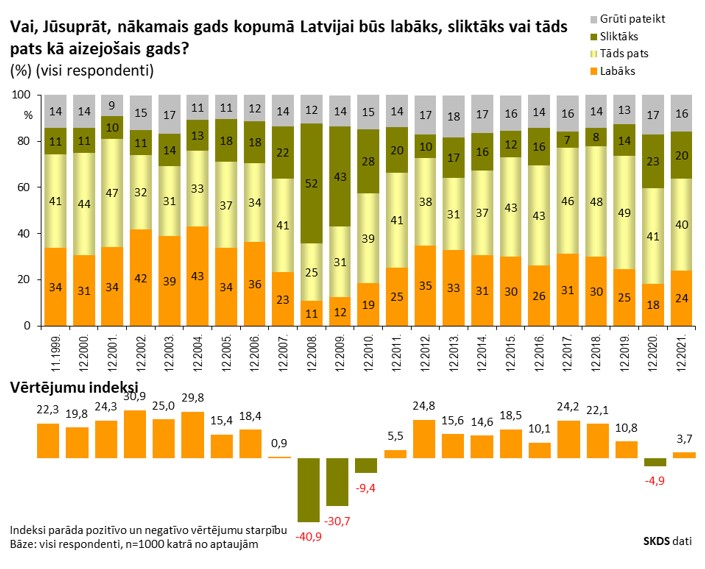 SKDS said it was a more optimistic assessment than last year, when only 28% predicted that next year would be better for them personally, 17% thought it would be worse, while 34% expected it to be the same as 2020. 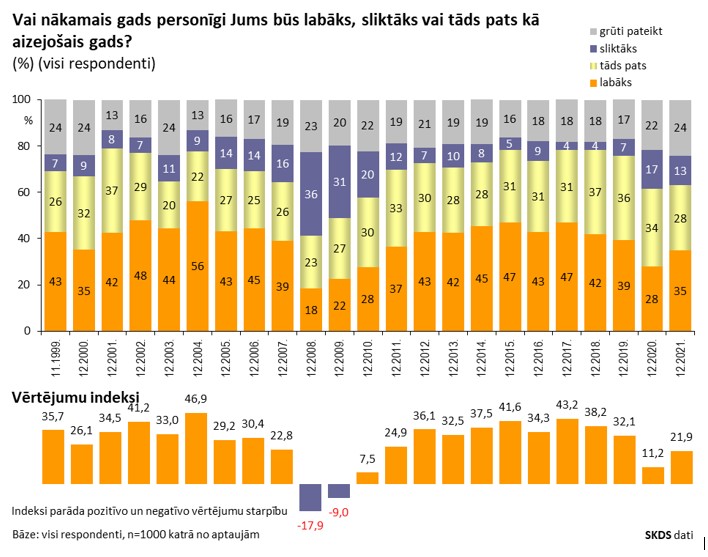 The survey was conducted from December 3 to 14, with the stratified random sample method surveying 1017 respondents aged 18 to 75 throughout Latvia.