In Aksnīte the storm winds caused a tree to fall on a passenger car killing two people inside. Eyewitnesses in Liepāja also reported seeing the metal siding fly off at the XL Sala shopping center during high winds. Also in Liepāja a decorative 40 square meter brick wall in Kārļa Zāles Square had collapsed in the wind.

By 10:00 p.m. on Thursday the State Fire and Rescue Service had received 99 calls related to wind damage throughout Latvia. Rescuers were mainly involved in clearing fallen trees, but on several occasions buildings were also damaged in Rīga and Liepāja. 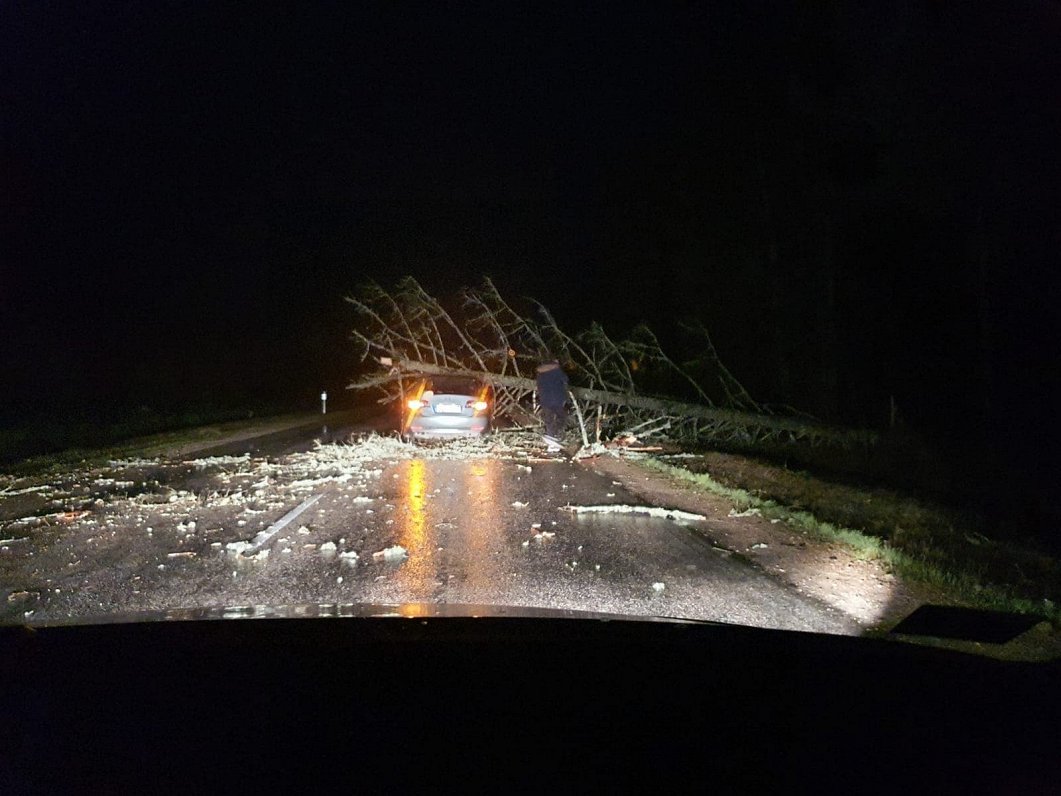 As previously reported, the Latvian Environment, Geology and Meteorology Center predicted that the storm would likely arrive on Thursday afternoon from the southwest, with the wind gradually gaining strength and the strongest winds expected overnight into Friday. By the Baltic Sea and in Kurzeme coast gusts were predicted to reach 25-29 meters per second.

Wind gusts in most areas of Latvia were expected to be 20-23 m / s. Forecast information indicated that the greatest wind impact is expected in the southern part of the country. Warnings were issued that damaged trees, unsecured objects or debris could cause damage and that damaged power lines could lead to blackouts.