february 20, 2019, 14:33
Culture
Authors: eng.lsm.lv (Latvian Public Broadcasting), Baiba Kušķe (Latvijas Radio Ziņu dienesta korespondente)
The Culture House of the Aizkraukle parish, central Latvia, has unveiled the largest exhibition on the Soviet era in the Baltics. Spanning three stories, it covers all the areas of Soviet life. Curators of the Padomju gadi (Soviet Years) exhibition stress that life went on during the Soviet era despite all the bleakness and pain.

One would be hard-pressed to find a better location for a Soviet museum. Aizkraukle, previously named Stučka (in honor of Pēteris Stučka, the head of the Bolshevik government in Latvia during the Latvian War of Independence) is a typical town for the Soviet era, constructed as it was for people working on the Pļaviņas Hydroelectric Power Plant. While part of the exhibition focuses on the plant, testimonies in the form of objects and photos take up the most part of it.

The museum is housed in the former culture club of the Aizkraukle kolkhoz. It has not been repaired since it was build, hence preserving an interior typical of the Soviet era.

The exhibition starts off in a typical Soviet town square with the walls lined from the time the town was build and a parade of Soviet cars in the middle. 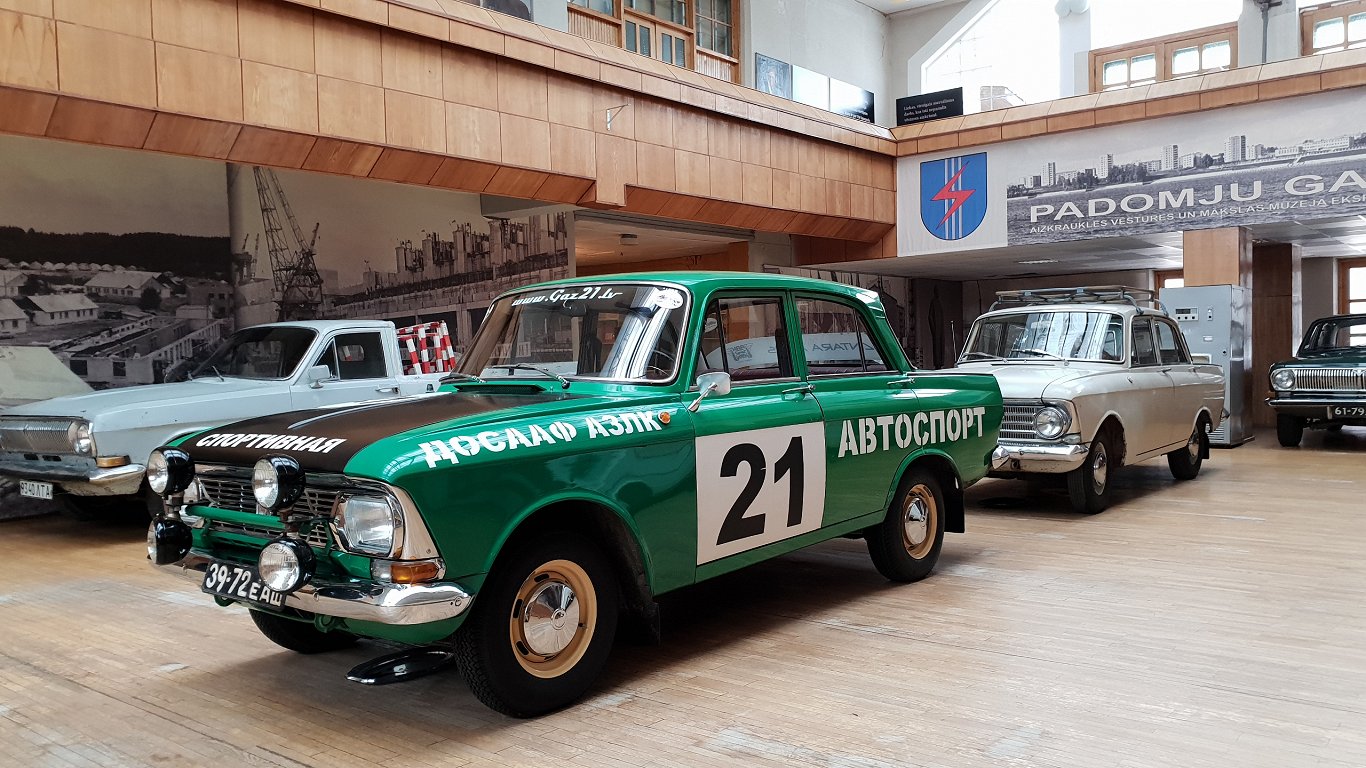 These include a seven-seat Volga, as well as the Zhiguli cars. An effervescent water box is among the droller exhibits.

Exhibits from the construction of the Pļavinas plant include rolling tractor parts nicknamed the "murderer of the Staburags" for the Staburags cliffs that were submerged as the plant was built, and in the center there's an alien-like deep sea diver costume. 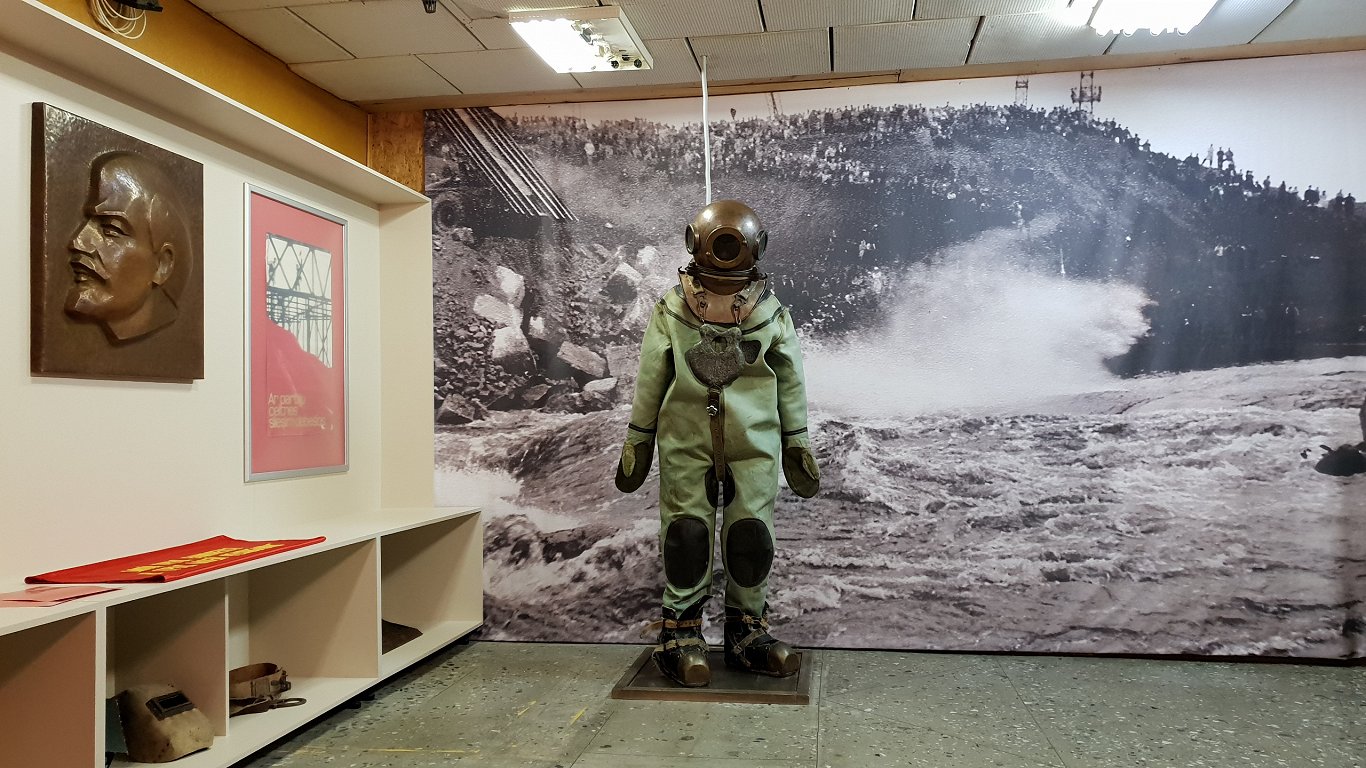 "Such deep sea divers went underwater as recently as the 90s as the underwater parts of the plant are being regularly monitored. The equipment weights some 80 kilos and several people have to help the diver undress – as you can see, there are no buttons or zips in the costume," the museum experts said.

After the plant was built, many people who had immigrated from across the Soviet Union chose to remain in Stučka. They needed work, and a subsidiary of the State Electronics Factory was built here. The phones made there are also part of the exhibition.

There's a library with Soviet books and the Red Corner with the flag of the Latvian SSR. People flocked there to listen to political messages. The center of the library has a portrait of Pēteris Stučka, the "guardian" of the town.

"I'd have to add that, artistically, it's a failure. Its legs are chopped off and the head is too small. But we've put it here all the same," said Cepure.

After an interlude with the party leaders (and a Soviet-style bar), a long hallway lined with propaganda posters – the Way to Communism – leads to a Soviet-era apartment. 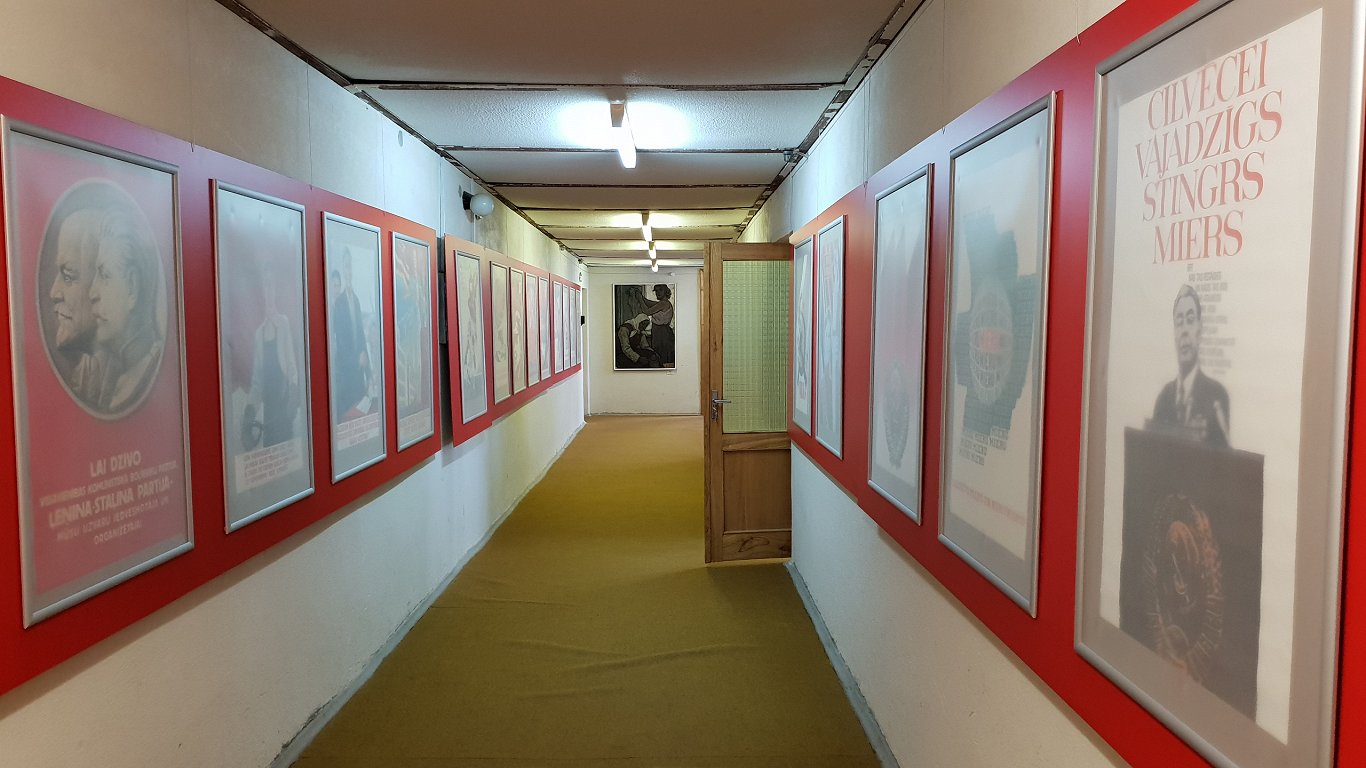 "Now this was the dream of every Soviet citizen. An apartment."

It has three rooms, one with 1960s interior, one with 1980s interior and a kitchen. "Visitors usually linger at the kitchen, saying, oh my, that's really what it was. The milk bottles, the netted bag. And my mom had a washing machine like this," said Cepure.

"I wouldn't say it is pleasant to remember as to how you had to do laundry with the Rīga washing machine, but it's a vivid impression nonetheless," said Cepure.

This is followed by sections dedicated to culture, sports and tourism.

"We couldn't go abroad, but we still went to many places. People loved active recreation. And this entire vitrine is dedicated to sports life. We always have to rearrange it after we have visitors, as people simply cannot hold back from touching the spiked shoes or skiing boots. They really want to touch everything, it's crazy," said Cepure. 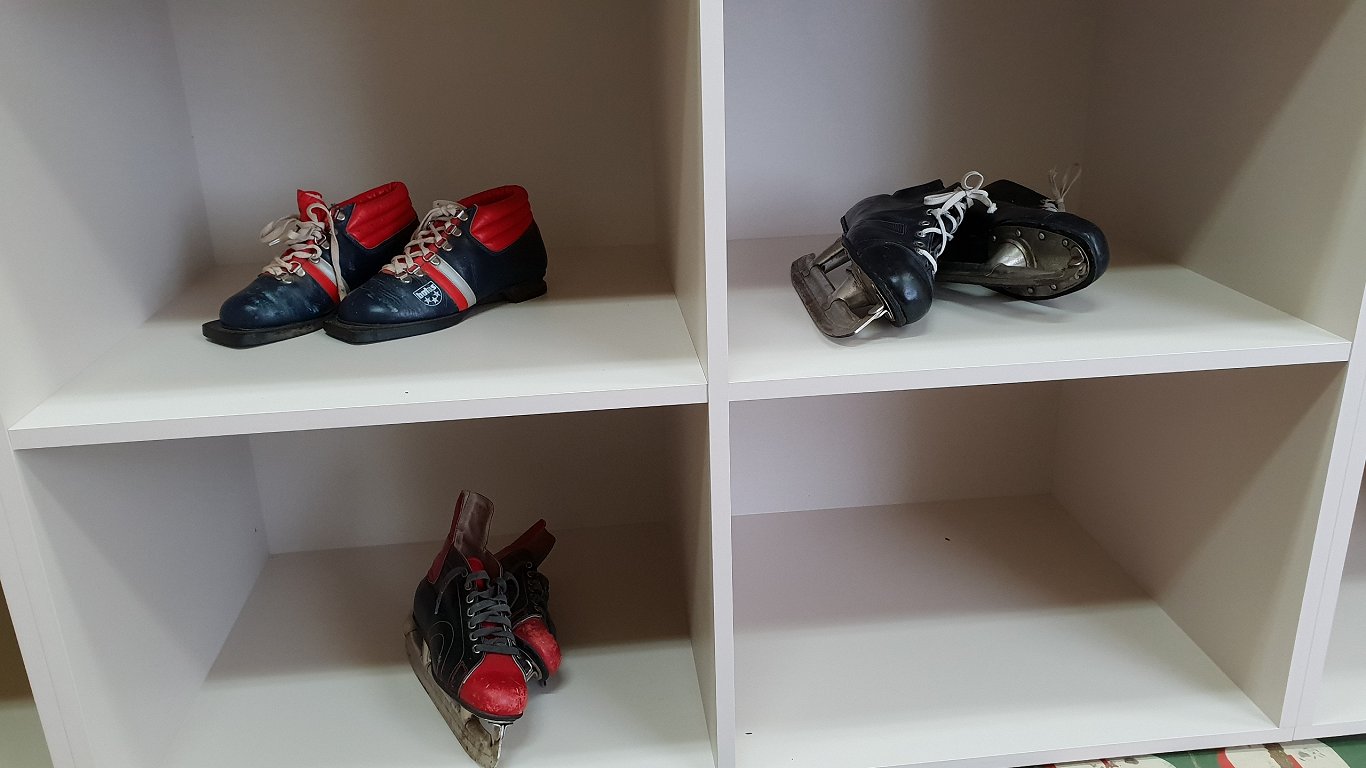 Meanwhile children are rather impressed by rotary phones. "They try putting their fingers everywhere and try to find buttons on the receiver. For the new generation, rotary phones are something very archaic," said Cepure. 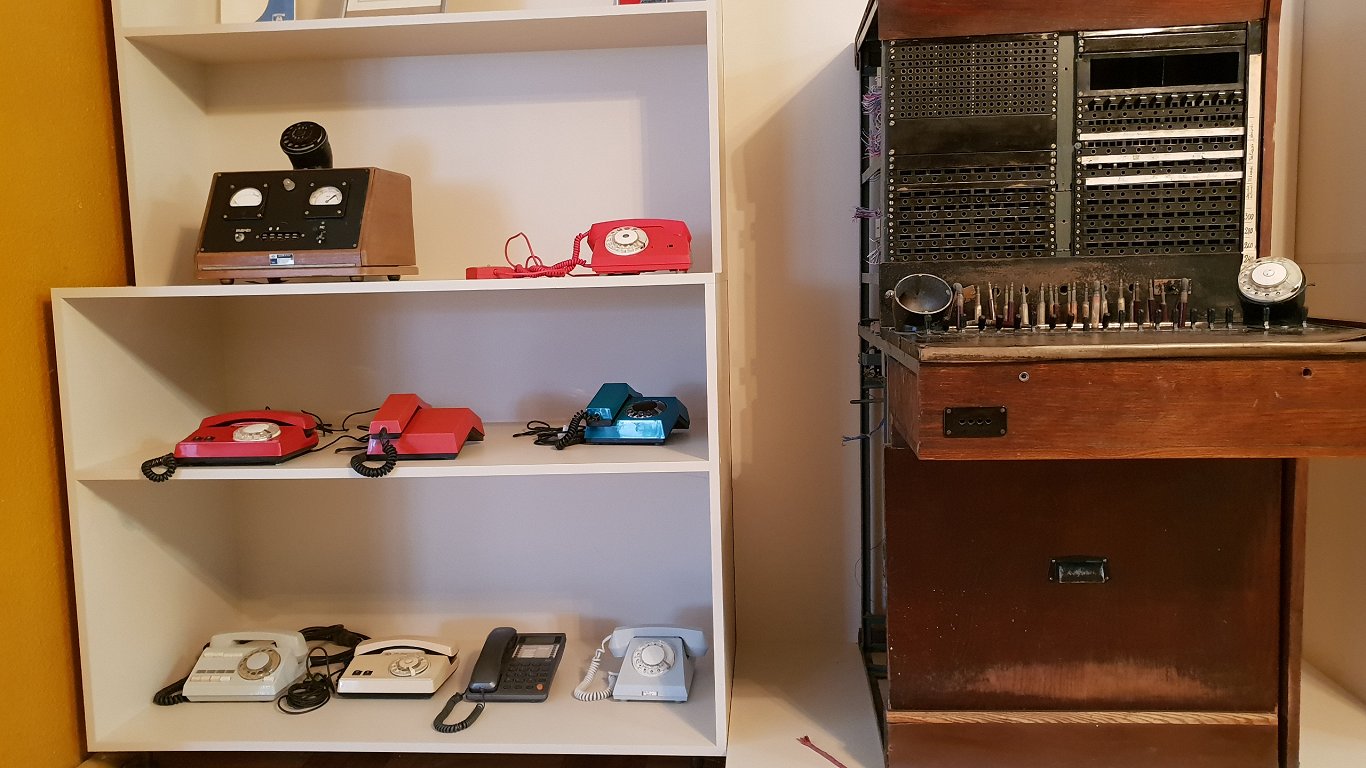 As befits the underground, the basement hosts the exhibition part concerning the Soviet authorities and security services. Manikins with sailor costumes, KGB uniforms and police caps all prompt a selfie-spree at this part.

The vast exhibition concludes with a medicine cabinet with instruments, a gynecological chair, a chamber for infants as well as a portable bed, called a raskladuška which was often used if there were too few beds at the hospital.

The head of the museum said that one of the goals for this museum was revealing people's lives during the Soviet era outside the usual head-shaking disapproval or irony.

"We tried showing that you should not disregard that time, as you can't discard 50 years of a nation's life. People lived back then. It was their time. They danced, they married, and they had children," said Cepure.

"Another goal was showing people all of this and asking whether they really want to return to that era. Well, they do not," said Cepure.