How strong is the coffee available in Latvia?

It's the first question that filters into many of our heads each morning: how strong is the coffee?

To find out how strong the coffee available in Latvia is, Latvian Television broadcast "Pārtikas revidents" and the scientific institute Bior analyzed the caffeine content of store-bought coffee, gas station coffee and various coffee shops.

According to nutritional scientist Ilze Laukalēja, the optimal amount of caffeine in coffee is 70-150 milligrams per 150-200 milliliter cup.

First, coffees purchased in stores were tested in the laboratory, which was brewed as indicated on the product's packaging. 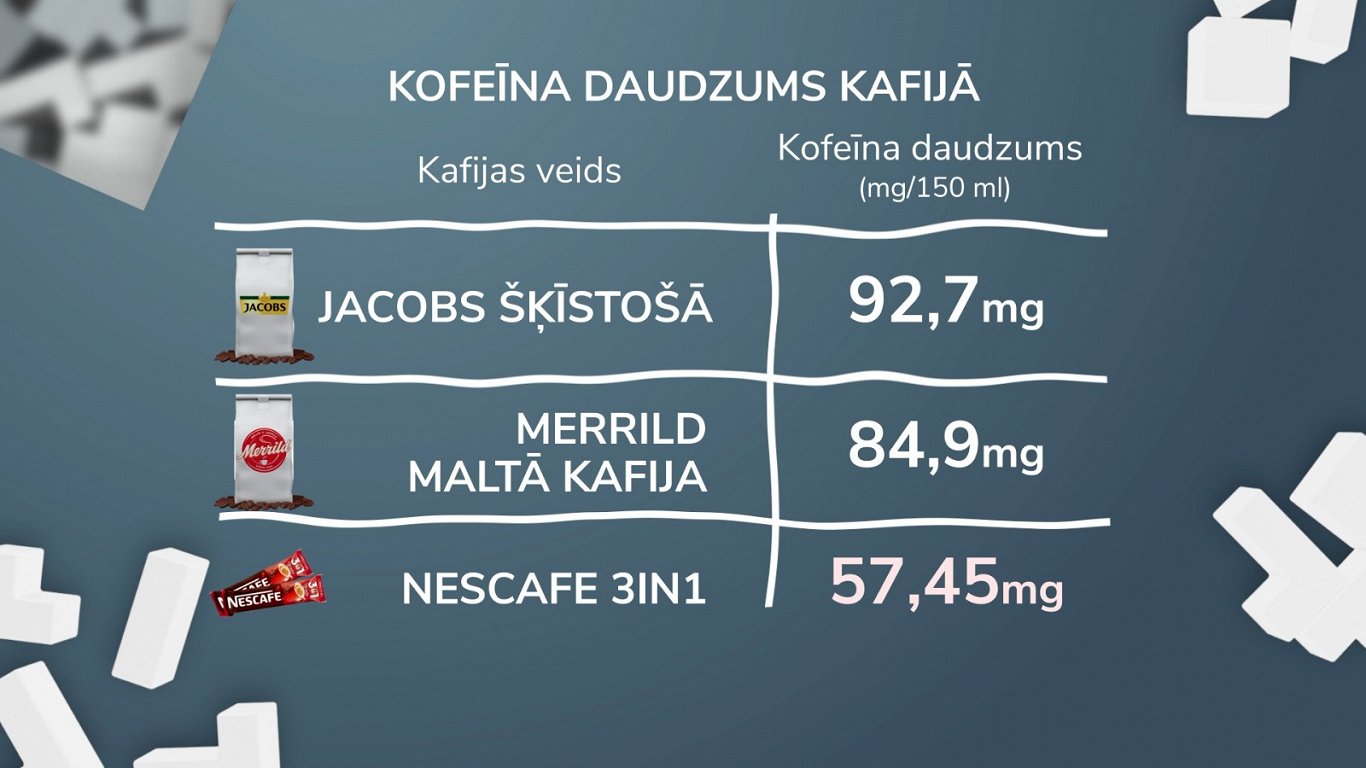 The results revealed that the most caffeine from the tested store-bought brands was found in Jacobs instant coffee - almost 93 milligrams. The Nescafe 3 in 1 drink does not contain the optimal amount of caffeine.

Scientist Laukalēja said that the Nescafe drink was in effect not so much coffee anymore, as a hot drink with a coffee flavor.

Among gas station coffees, Narvesen coffee was the strongest among those tested, delivering  substantial 137mg hit. All three gas station coffees contained an optimal amount of caffeine. All were stronger than the tested store-bought brands. 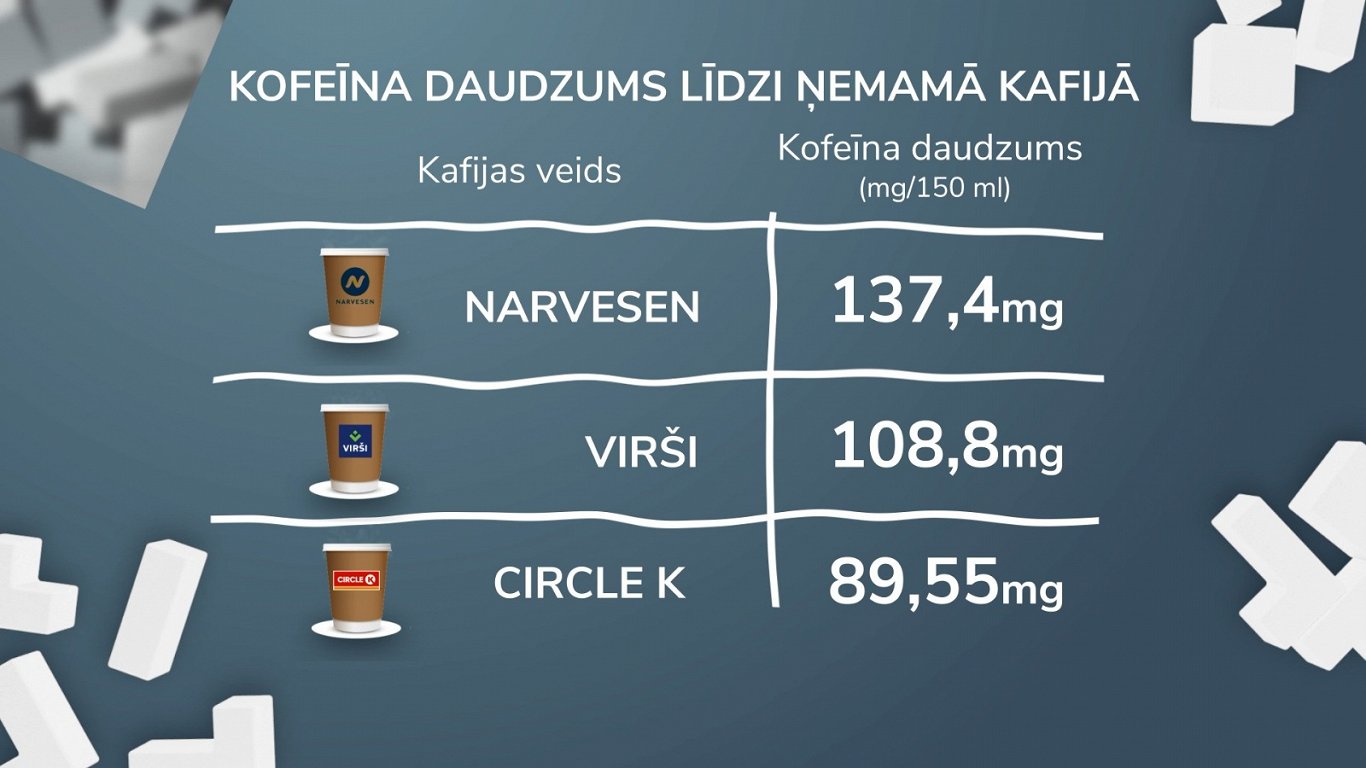 Analysis shows that among the coffee shops tested, the strongest is the brew purchased from Costa Coffee. Almost as strong a drink is also available at Double Coffee. Caffeine, ironically, has the least amount of caffeine in their coffee – almost half as much as the leader in this selection. 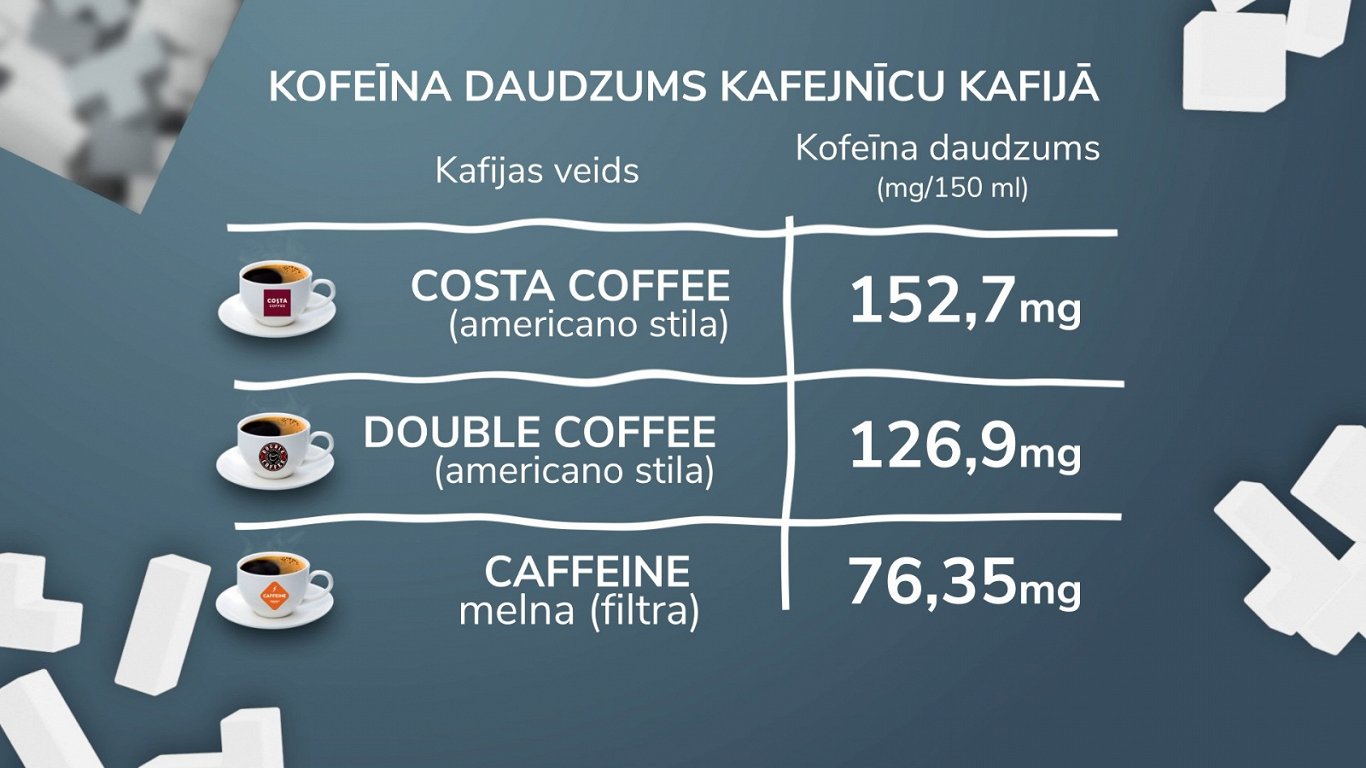 "Caffeine's coffee is a filter coffee filtered through paper. Therefore, of course, we block the further solution of caffeine into a coffee cup, and this quantity will therefore be lower than in other drinks,” explained the nutrition scientist.

Laukalēja pointed out that it is also worth paying attention to the bean variety, whether it is Arabica or Robusta.

“It's the main sign of traceability that can indicate how much caffeine there could be. If the bean is Arabica, we know there won't be a lot of caffeine. If there is an addition of the Robusta variety, there will be more caffeine,” she explained.