august 7, 2018, 13:17
History
Authors: Jānis Šiliņš (Historian)
On August 6, 1918 units of the Czechoslovakian legion took Kazan by storm. The Eastern Front of Red Army, commanded by Latvia's Jukums Vācietis, as well as the 5th Regiment of Red Latvian Riflemen was located there. Czechoslovakians were able to quickly take the city and the Russian gold reserves stored in it; they took more than 100 Latvian riflemen hostage, but, miraculously, Jukums Vācietis managed to escape.

In late May 1918, the Czechoslovakian volunteer corps rose up against the Bolsheviks across numerous locations in Russia, including the Volga Region, the Urals and Siberia. After Samara was taken, the first anti-Bolshevik Russian government, the so called Komuch, was set up there.

With the help of Czechoslovakians, the Komuch set up its own armed forces, called The People's Army, with Stanislav Čeček as commander. Kazan, which lies some 300 km away, served for the Bolsheviks as the Eastern Front Headquarters, tasked to fight the Czechoslovakian corps.

On July 12, Jukums Vācietis was made the commander of the Eastern Front.

Kazan housed not only the Eastern Front headquarters and important military factories, but also stores of war equipment, as well as the Russian gold reserve, evacuated from Moscow and Petrograd, worth 750 million roubles. 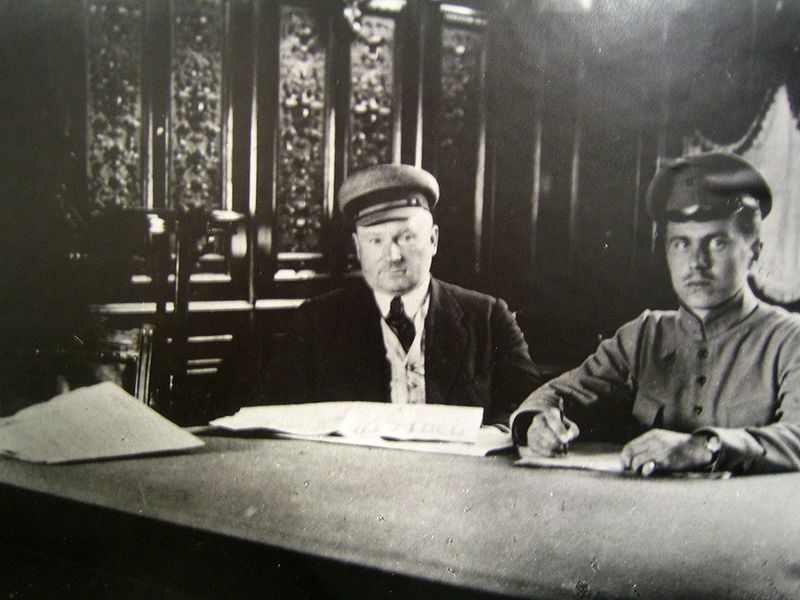 In late July, 1918 Stanislav Čeček allowed a small unit of his army, lead by captain Stepanov, to carry out a divertive attack on the direction of Kazan. Opposing his commander's will, Stepanov decided to take the strategically important city.

He had only four battalions and a small fleet of armed warships. Meanwhile the 5th Latvian Riflemen Regiment, part of the 1st Latvian Revolutionary Regiment, an Austro-Hungarian Regiment, as well as the Fifth Army of the Eastern Front under Pēteris Slavens and other units.

The battle for Kazan started suddenly, with the Czechs carrying out a landing by the banks of River Volga.

Latvian riflemen's companies number 3 and 6 took to fighting the landing, and at night the Bolshevik units were forced to retreat to the city.

The next day The People's Army continued to attack the city. At about 1 p.m. the Czechs broke into Kazan and had taken most of the city by the evening. Fighting continued in central Kazan around the Eastern Front headquarters, with Jukums Vācietis leading the defense, alongside 180 riflemen barricaded within the building. 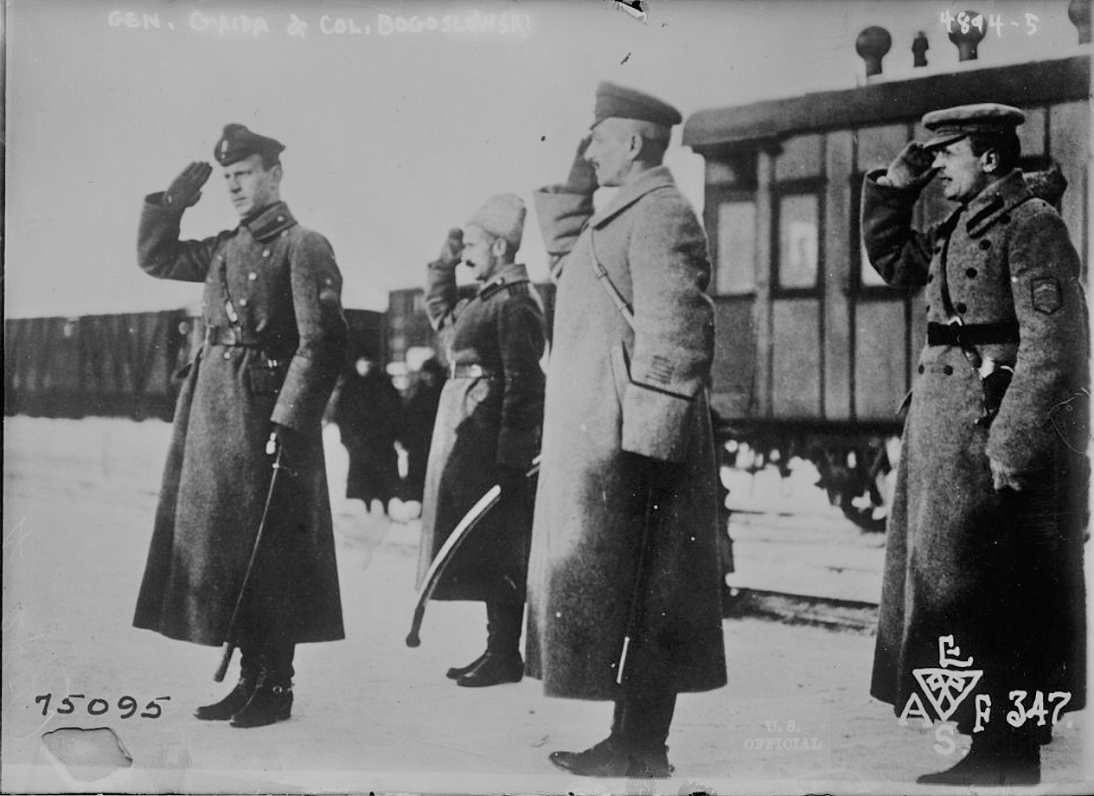 Finally, Vācietis decided to change positions to the Kazan Kremlin to obtain safer positions. A total 120 riflemen were able to break across the perimeter, but after they had reached the Kremlin Latvians were fired upon by a Serbian battalion, a 400-hundred-strong unit of Serbs that had turned coats. The riflemen broke up to try to flee the city.

Out of Jukums Vācietis' group of 27 people, only six people managed to survive.

"We had to go further through forests, as all the Kazan area had risen against us, and roads and villages were armed and defended from guard posts," wrote Vācietis in his memoirs.

"It was after midnight. Now we had saved ourselves, but we had to be quick to be safe from the chase. We were about 1 to 1.5 versts (about 1.1 to 1.7 km) from the Kazan Kremlin. There were fires across the city and its suburbs; the smoke filled the sky, which seemed to be lying very low, just by the steeples [of the Kremlin] and looked tinged in a motley of blue and blood-red."

The People's Army took 134 Latvian riflemen prisoner in Kazan. The Latvian social democrat and menshevik Fēlikss Cielēns was there at the time and was afraid for their lives.

Cielēns managed to convince the Czech commander that the riflemen aren't Bolsheviks.

After talks with the prisoner Latvian riflemen a resolution was drawn up with an invitation for the other riflemen not to take the Bolshevik's side in the war. "Reconsider, comrades, and leave the battlefield where there's nothing for you to seek and nothing to find. Should the Russian Bolsheviks be unable to uphold their government without your help, may they find the fate that history has set them."

It was a very dangerous precedent, which testified to the riflemen potentially turning against Bolsheviks. An investigative committee later exculpated most of the riflemen, putting the blame mostly on former commander Jānis Briedis, as well as company member Liepiņš and one Matuzelis, a commander of the 2nd company -- all of them had surrendered.

After the fall of Kazan J. Briedis continued serving at the anti-Bolshevik Troitsky Latvian battalion. 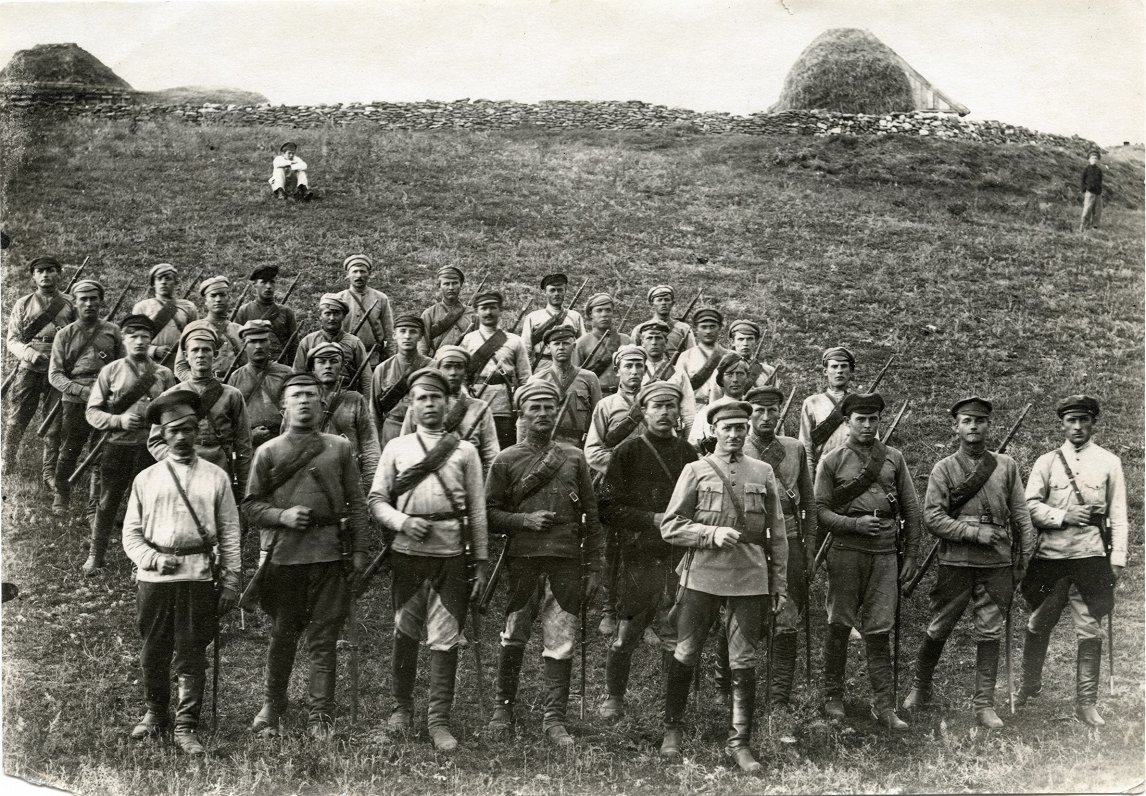