The search for the bunker had been conducted several times before, yet to no avail. About a month ago, Juris Grasmanis, representative of the National Resistance Movement, together with his team, finally succeeded.

The partisans in this case were fighters against the Soviet occupation. They settled mainly in bunkers in the woods. The first partisan units were formed in the fall of 1944 in Latgale following the second invasion of the Red Army. But soon such units were settled all throughout Latvia.

In the 1990s, Grasmanis first learned of the partisan group "Kanādas piecīši" (Canadian fivers), who also called themselves "tank danger". He started searching for the bunker by questioning local people at first. The only indication was that the bunker was on the bank of the Veģupīte River.

Grasmanis showed the place of the bunker: “Here's its entrance. There's the ravine where the water flowed. The bunker began where there is the landslide behind the stove. Here's the exit if you have to flee. It was covered by branches at the time. It was disguised. Here was the road. They didn't bring those bricks, products, and vodka on their backs. They had horses. We found a horseshoe."

The bunker is a hole dug in a loose sandy soil with a tunnel entrance, about four square meters. "By the way, the "fivers" were actually six," said Grasmanis.

By the far wall there is a brick stove. A hotplate, a boiler and a chimney have been found, but all the relics are already in the museum. Kerosene cans, lamps, cutlery, weapons and ammunition have also been found.

What was everyday life like in the bunker for the partisans? “They played cards. Did something. Read. We found newspapers. There was a plate. A big plate, not some small bowl,” Grasmanis said. 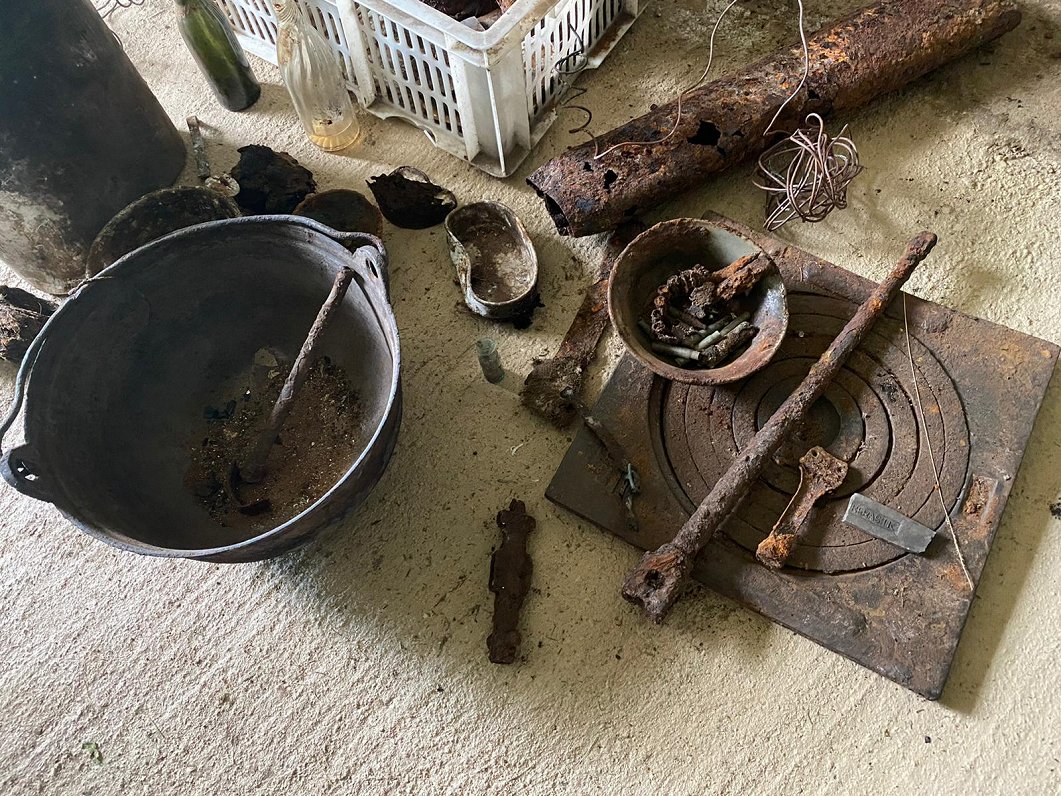 Grasmanis pointed out that the bunker has been burned. He says the KGB might have thrown a grenade into it.

“Canadian fivers” had once been rather unsophisticated – like many partisans, they were stealing from shops and robbing local KGB members. They had been very well armed.

They were known to have had a supporter among the KGB. People in nearby homes helped them, too. Despite that, the partisan unit was destroyed. Grasmanis says it isn't known when it happened because the State Archives have yet to be investigated.

Latvian Radio found in the historian Aldis Bergmanis's article that the unit was destroyed by KGB in 1953 along with several other units.