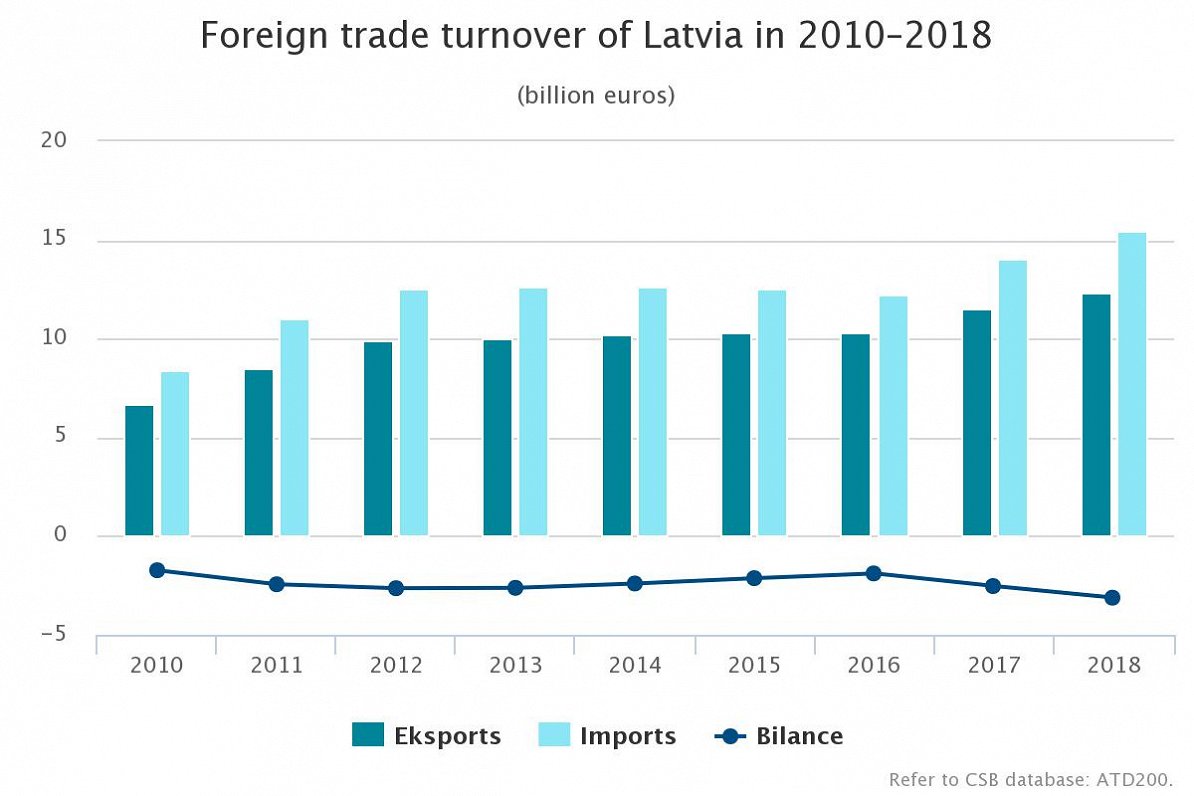 Russia was the main partner in trade with third countries; its share in total Latvian exports in December accounted for 10.6 %, whereas in imports – for 8.4 %.