Electricity production in Latvia up 1.8%, consumption up 3.5%

Last year, Latvia produced 5,609,592 megawatt-hours (MWh) of electricity, which is 1.8% more than a year ago, while Latvia's electricity consumption increased by 3.5%, reaching 7,382,226 MWh per year according to the Latvian transmission system operator Augstsprieguma tīkls January 21 information.

Last year consumption was covered with local generation at 75.9%, which is a decrease of 1.3 percentage points compared to 2020, thereby creating a shortage of 1,772,634 MWh that had to be imported from neighboring countries. 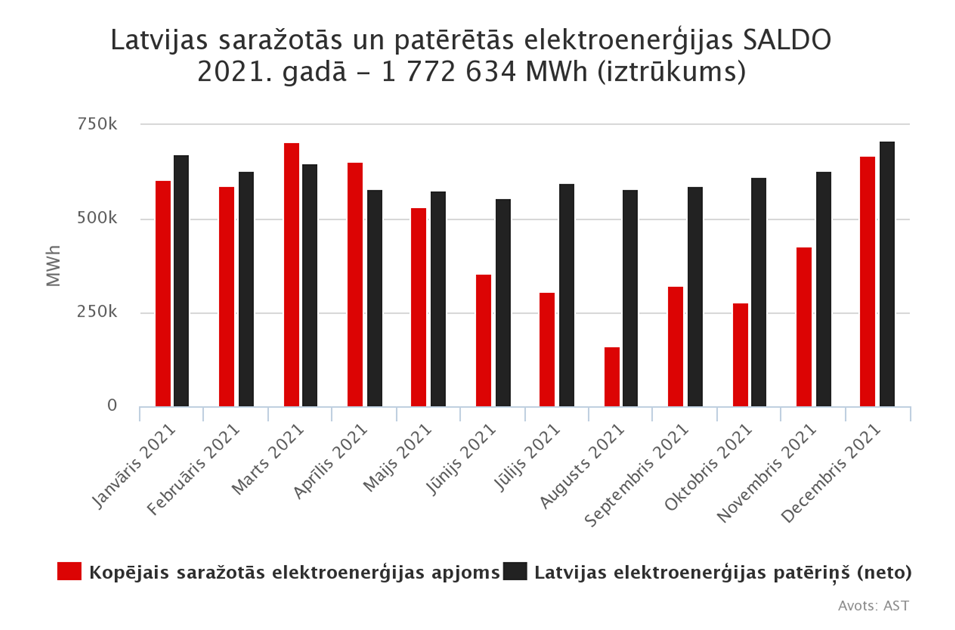 The most significant increase in production in 2021 was in Daugava hydroelectric power plants, with production increasing by 4.2%, and also in large cogeneration plants, up 10.7% compared to 2020.

On the other major production lines there was a drop: wind power plants produced 20% less, small cogeneration plants (up to 10 MW) continued to experience a sustained decline over the last five years, with a drop of 26.9% in 2021, biomass produced 6.6% less, biogas 15.3% less, while small hydropower output decreased by 1.6%.

In 2021, the average electricity price in Latvia reached EUR 88.78 per megawatt-hour (EUR/MWh), which is 2.6 times higher than the average price of 2020. Electricity prices rose in Latvia from May 2021, setting new historical monthly average monthly price records since September, reaching 206.40 EUR/MWh in December. 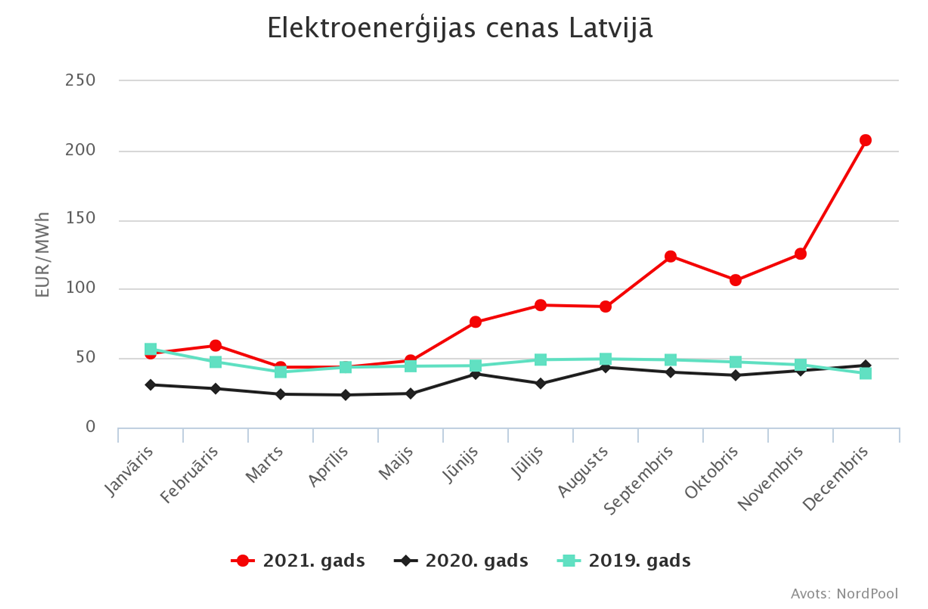