Plans for a ‘Buy Latvian’ food campaign have hit a snag with criticism from the Association of Agricultural Cooperatives (LLKA) and the sector NGO ‘Farmers Saeima’ (ZS).

ZS deputy board chair Maira Dzelzkalēja told business portal Nozare.lv Monday that the idea for supporting both the Green- and Burgundy-colored food quality labels would mean free advertising for imported ingredients and therefore could not be supported by the national farmers’ organization.

“After the Russian embargo we must foster the consumption of local products, think about the farmers and how to help them in this situation.” The farmers’ group spokeswoman said this would be the time to concentrate on a campaign exclusive to locally-sourced goods.

However Prime Minister Laimdota Straujuma was quick to defend the official ‘Burgundy spoon’ logo to match the already-existing Green-spoon label, which applies to locally grown and processed food products as critical to helping ease the looming negative effects of Russia’s sanctions on imports from the EU. The government approved on August 12 a quality-labeling scheme providing for the ontinued implementation of the official ‘Burgundy spoon’ label – which will mean that the ingredients may be imported, but the processing is conducted entirely in Latvia.

“It might be possible to link the label to procurement specifications. Likewise the Agriculture ministry has directed local governments to prepare procurements with recommended local sourcing for schools and kindergartens,” the premier had suggested previously in a public statement. 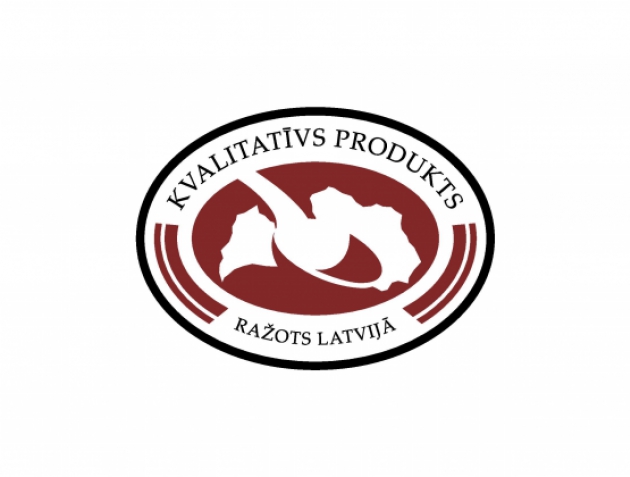 The ‘Burgundy spoon’ was in fact already agreed upon in a cooperation agreement between the Latvian Federation of Food Companies (LPUF) and then Agriculture minister Straujuma herself in February 2013.

On his part however, LLKA board chairman Indulis Jansons echoed the sentiment of the ZS spokeswoman, calling for a unified campaign to encourage Latvian consumers to choose local products.

“We need to all sit down at the table – farmers, processors, supermarkets, sector organizations – and with state help create a broad public awareness campaign to promote consumption of Latvian-made products. Already, the Chamber of Trade and Industry (LTRK) has announced its plans to work in this direction, and I think we should meet with them and unite our forces so as not to confuse the consumer,” the agricultural cooperatives chief proposed.

Indeed, on Monday the LTRK issued a press release announcing its intent to gather partners together for a local-consumption promotion campaign, listing the Citadele commercial bank, DDB advertising agency, the Latvian Federation of Food Companies (LPUF), Latvian Association of Markets and the supermarket chain ELVI as already on board.

The release says electronic drafts of all campaign elements are already in the works for release at the soonest possible time. LRTK board chairman Jānis Endziņš is quoted: “Each of us must realize that the choice of home-produced goods is a matter of survival right now.”

Later Tuesday, the LPUF issued its own statement objecting to the ZS spokeswoman’s comments to LTV that “Burgundy-spoon products were not Latvian products”, reported daily newspaper Diena.