Foreign trade turnover of Latvia 5.1 % less than a year ago

may 11, 16:55
Economy
Authors: eng.lsm.lv (Latvian Public Broadcasting)
In March 2020, Latvia's foreign trade turnover amounted to EUR 2.42 billion, 5.1% less than a year ago, according to the Central Statistical Bureau (CSB).

The export value of goods decreased by 0.7%, while the value of imports by 8.4%, as per CSB operational data.

In March, Latvia exported goods worth EUR 1.1 billion, imported for EUR 1.32 billion. Compared to March 2019, the foreign trade balance improved slightly, with exports increasing from 43.4% to 45.4% in total foreign trade. 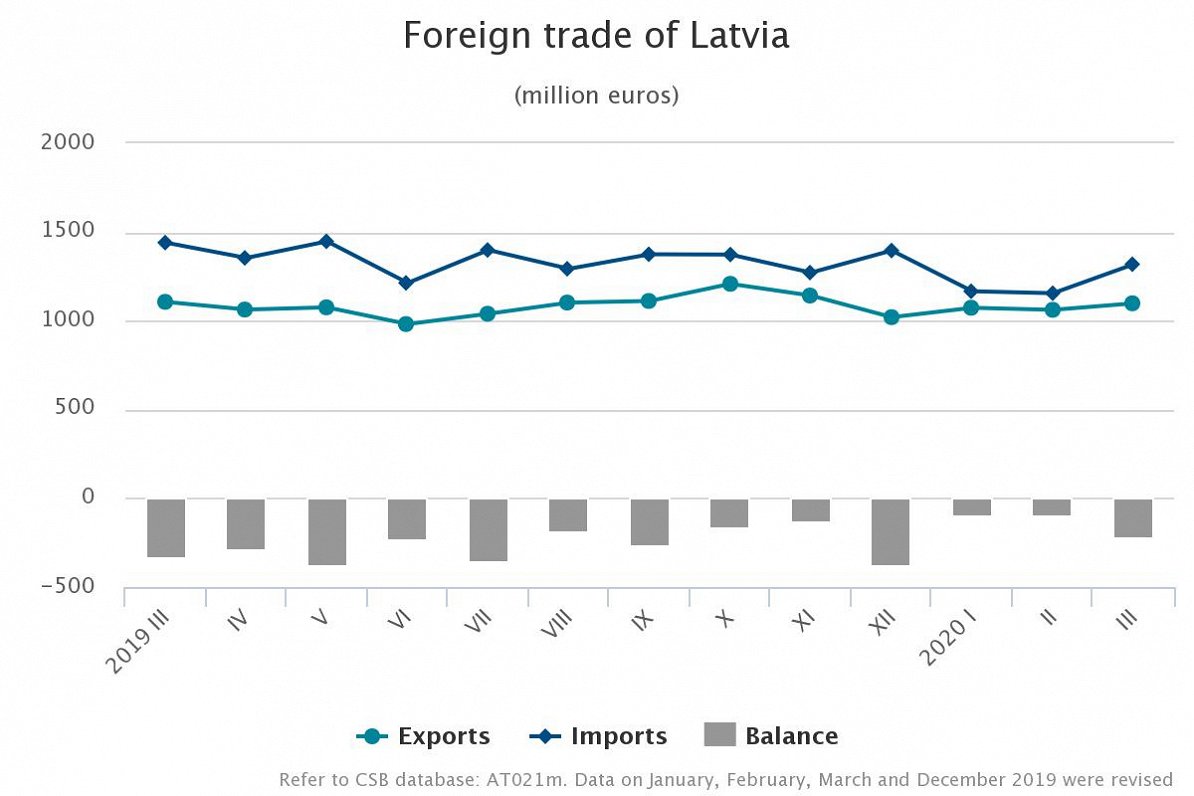 More information on the foreign trade of Latvia by month and quarter, as well as by country group and commodity group is available in the “Foreign trade” section of the CSB database.