The impressive post-crisis rebound in Latvia's tourist industry shows no sign of slackening with figures for the third quarter of the year showing double-digit growth continues.

964,100 visitors stayed at Latvian tourist accommodation establishments in the 3rd quarter of 2017, which is 11.8 % more than during the respective period of 2016 according to latest data compiled by the Central Statistical Bureau (CSB).

Compared to the previous year, the number of nights spent by visitors increased by 14.4 %, reaching 1.86 million. The average length of stay comprised 1.9 nights. 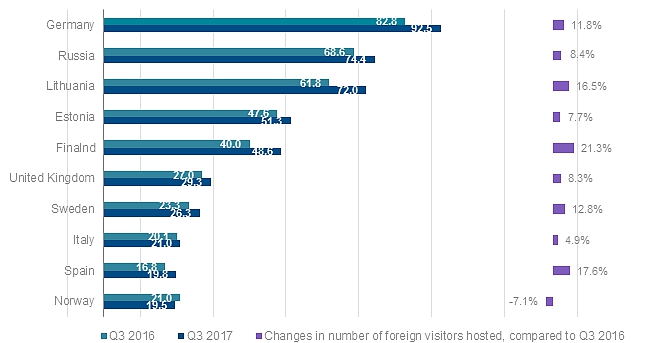 It all augurs well for the Christmas and New Year holiday season with Riga recently named the best-value seasonal destination in Europe.