january 6, 15:31
Transport
Authors: eng.lsm.lv (Latvian Public Broadcasting), Latvijas Radio Ziņu dienests
Last year 10 old trams produced both in Rīga and the Czech Republic were sold at auction at scrap metal prices, while others were taken to scrap metal junkyards, museums, or used as retro trams for excursions, according to a Latvian Radio broadcast on January 5.

The “Daugavpils Traffic” tram park currently has more than 40 tram carriages, which were supplemented by eight new ones produced in Russia last year. Six old tram carriages produced at the Riga Carriage Factory (Rīgas Vagonu rūpnīca) and in the Czech Republic are still in use, while the completely worn-out ones are being sold off, according to Director Sergejs Blagoveščenskis.

Four people participated in the last carriage auction. The price was around three thousand euros, which is actually a scrap metal price, but according to Daugavpils City Council Senior Deputy Jānis Lāčplēsis, it's all objective.

“30-year and older trams are difficult to sell for their machinery, so a majority of the ones that have served their time and been written off are simply sold as scrap metal. And that's additional revenue for the company,” said Lāčplēsis. But not all the old trams are put up for auction.

“Of course some of the old trams are left as retro trams, especially talking about the old RVR trams. So that we don't forget this page of history, it doesn't remain just in photographs,” said Lāčplēsis.

The Machinery Museum is currently being constructed at the Daugavpils Fortress, which could eventually be a home for at least the Latvian-produced trams. The engineer's arsenal building was built in the first half of the 19th century and is almost 9000 m2 including the courtyard. This building will house the “Engineer Arsenal” Daugavpils machinery and industrial design museum. 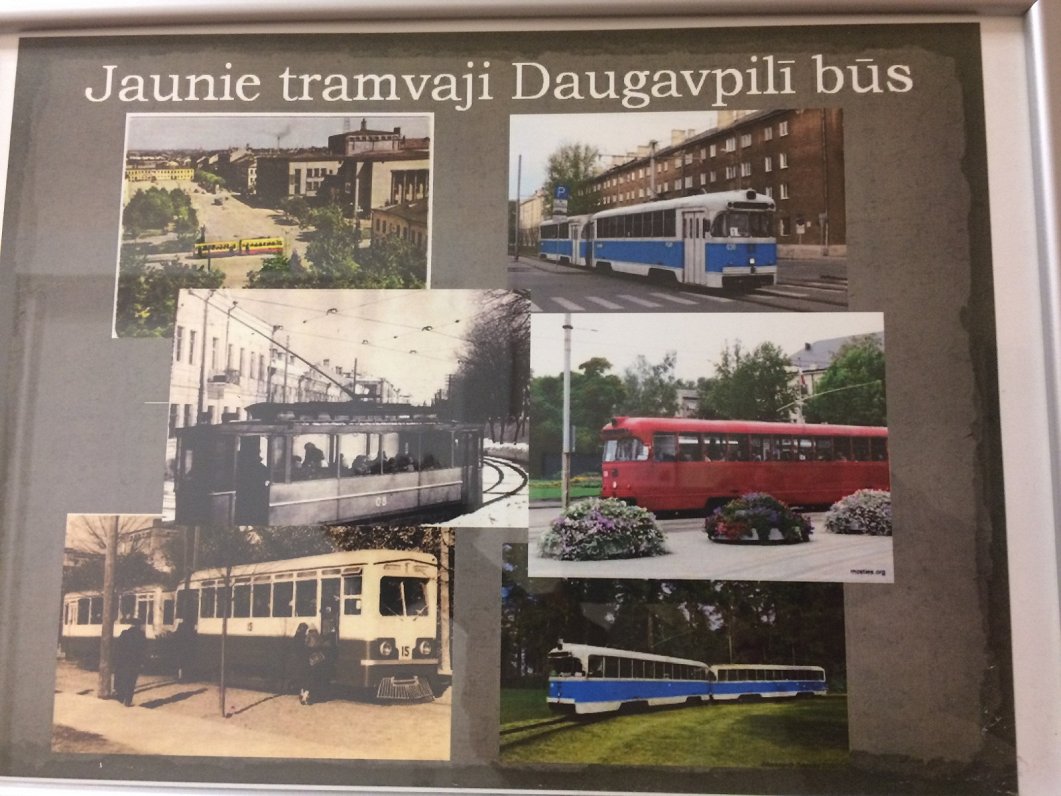 Another use for the old Latvian-produced trams is adapting them for excursions as retro trams, which could be used by both tourists and local residents, according to Daugavpils Traffic Representative Alīna Jakovļeva.

“These tram carriages are very much in demand for celebrating birthdays, weddings, people of various ages ride them, and tourists especially are pleasantly surprised by the trams,” said Jakovļeva.

Currently Daugavpils residents and guests can ride the Latvian-produced, Czec-produced, as well as the new Russian-produced trams. One ride costs 50 cents, but on Sundays tickets are half price.

As previously reported, the project for regeneration of the Daugavpils Fortress is being implemented by the Daugavpils City Council with the help of financing from the European Regional Development Fund, the Latvia-Lithuania Cross-Border Cooperation Program, the Norwegian Financial Mechanism and the Latvian State Culture Capital Foundation.

"Daugavpils Fortress is the last bastion-type fortification complex, built in the 19th century, which is preserved in a relatively good condition until nowadays. After the Soviet army left the Fortress, its territory was not used; it was an abandoned, degraded and unattractive space of urban environment. The initiative of the local municipality was to define the territory of Daugavpils Fortress as a part of the city for prior development, including it in all planning documents."