june 1, 9:31
Election
Authors: eng.lsm.lv (Latvian Public Broadcasting)
On the first day of the early vote in the municipal elections, May 31, over 15,000 people cast their vote, according to data compiled by the Central Election Commission (CVK).

The data are compiled for all 732 precincts.

Residents were most active in the municipalities surrounding Rīga and in Valka. 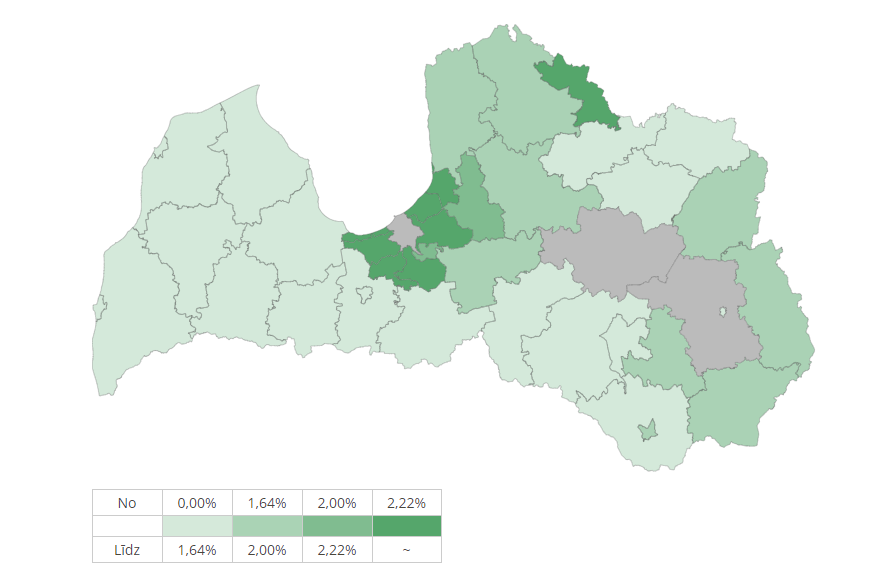 Two days can still be used to vote early: