Replay.lv
august 4, 14:29
Politics
With important municipal elections looming in the Latvian capital, Rīga, on August 29, the latest party ratings from the SKDS pollster for Latvian Television published August 3 suggest there are still plenty of floating voters for politicians to recruit to their causes.

Asked for whom they would vote if elections took place tomorrow, Rīga voters showed biggest support for the For Development/For!/Progressives party list (14.9%), followed by the Harmony party (14.1%). 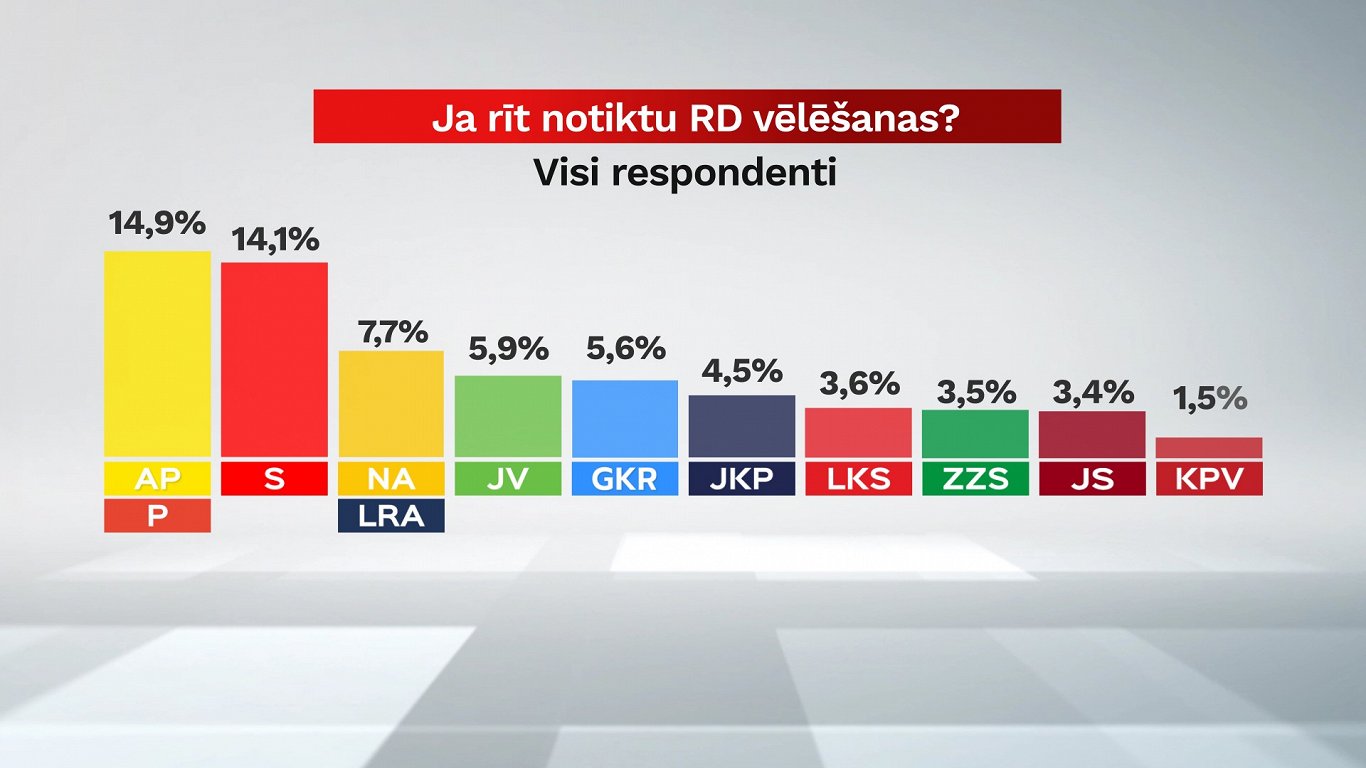 SKDS conducted the survey from July 24 to 28, addressing 1,008 residents of Riga.

Political scientist Jānis Ikstens told LTV program "Panorama" that the latest ratings are very surprising, as they show that Harmony has lost about a third of its voters at a time when nothing dramatic concerning this political force has happened. It is possible that the ratings were affected by the appearance of the little-known "New Harmony" in the survey, but even this cannot entirely explain by the sharp drop in Harmony's rating, he suggested.

SKDS head, sociologist Arnis Kaktins agreed. "We see that New Harmony has eaten some of the bread of the old Harmony, but it is not the only problem," Kaktins said, noting that there is some embarrassment among the Russian-speaking voters who traditionally form the core of Harmony's support, about the state of "old Harmony" in Riga.