VDD had uncovered oil pollution in the river two weeks prior, and during a repeat survey they once again discovered that petroleum products had been entering the river through the city's rainwater drainage outlet. The inspectors checked sewage drainage chambers within a 500-600 meter radius, and many of them emitted a petroleum-like smell. 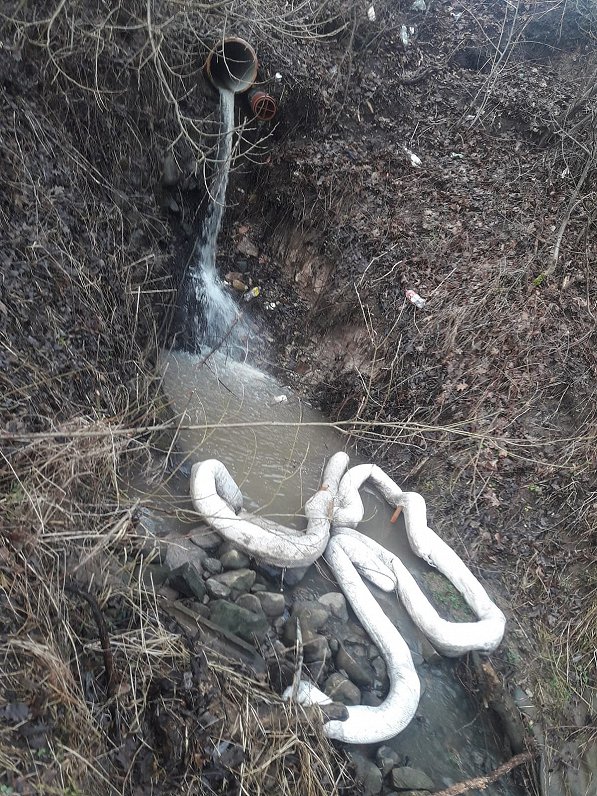 Immediate action was taken to confine the pollution, including the placement of additional booms and changing out the old ones for new ones. The inspectors also found that unknown persons have attempted to damage the booms, so local police have been assigned to keep an eye on those locations.

"Kuldīgas ūdens" (“Kuldīga Water”) has been asked to immediately avert the flow of petroleum products into the river. Authorities are continuing to work on mitigating the pollution and establish who is responsible for the incident. VDD said that it seems that possibly the pollution and boom damage may be deliberate, and urge all Kuldīga residents to inform VDD by calling 26338800 if they notice any illegal disposal of petroleum products in the sewage system.