Several businesses do not sufficiently clean wastewater in their treatment plants, according to the State Environmental Service (VVD), Latvian Radio reported August 18.

This year, one of the largest infringements was identified at the dairy producer JSC Rīgas piena kombināts,  where untreated wastewater was channeled in the rain sewer system. The company denied deliberate action in this regard.

According to the State Environmental Service, this infringement has been there for a long time and a relatively large amount of untreated waste water has leaked into the environment. “We have passed this alleged infringement to law enforcement authorities and have asked for the possibility of initiating criminal proceedings,” said VVD spokeswoman Kristīne Kļaveniece.

VVD said this is not the only infringer, but that the overall situation is improving. Since 2019, the number of problematic waste water treatment plants in Latvia is almost halved. Back then the VVD accounted for 58 infringers, but currently there are 30. 77% of the problematic waste water treatment plants are managed by local governments or their established municipal enterprises, and 23% by production companies.

The map below shows the enterprises which currently manage their wastewater inappropriately. 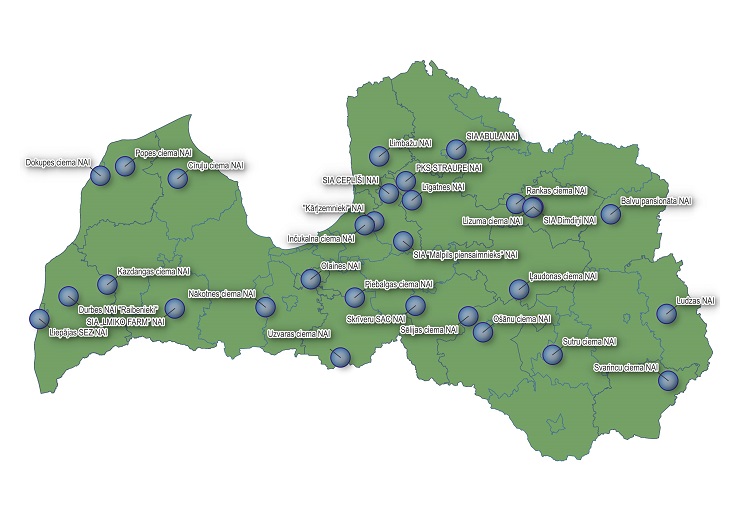