Authors: eng.lsm.lv (Latvian Public Broadcasting)
Latvian pensioners are among the most vulnerable in the European Union when it comes to the risk of poverty, according to data published January 15.

Only Estonia recorded a higher level (46%).

In the general population, the proportion of individuals identified as being at risk of poverty in the EU in 2017 was 17%. 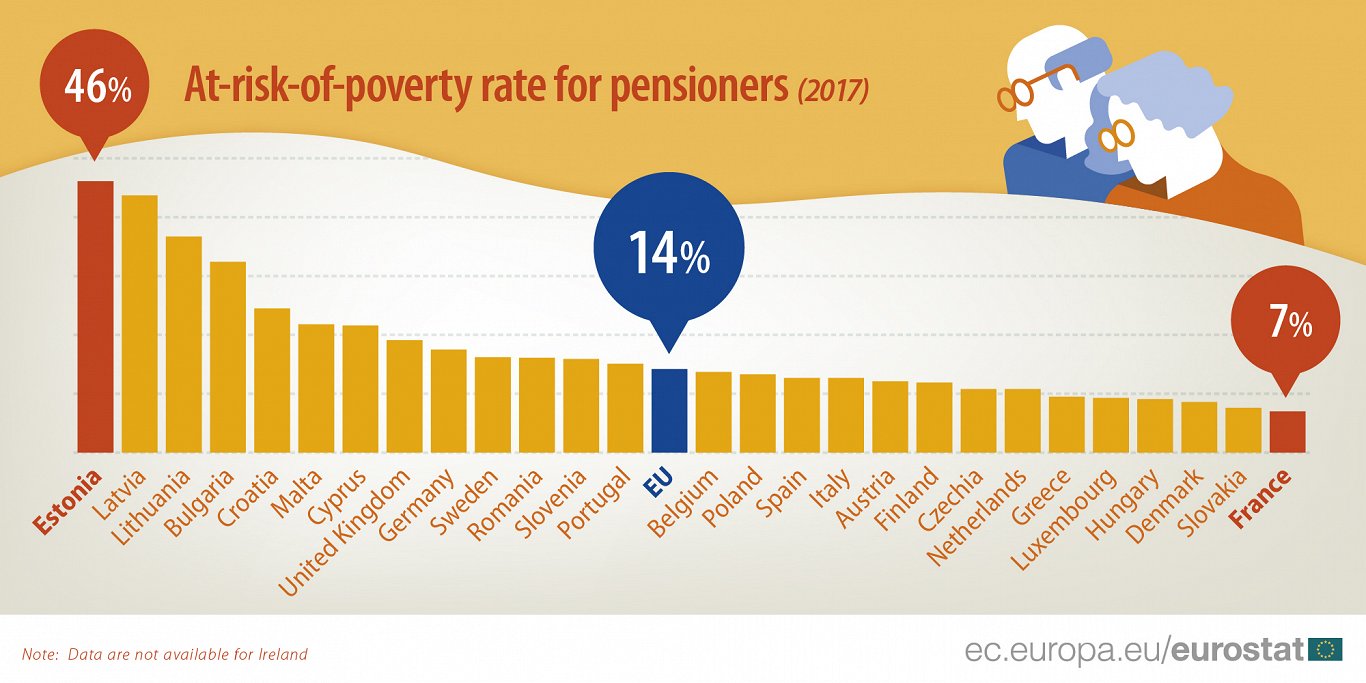 Latvia is also among the four member states where the at-risk-of-poverty rate for female pensioners was more than 10 percentage points (pp) higher than the rate for male pensioners: Estonia (+19 pp), Lithuania (+16 pp), Bulgaria and Latvia (both +15 pp).

Overall in Latvia, more than a quarter of the population (28.2%) is at risk of poverty, the sixth-highest level in the European Union.

You can see more statistics on the subject at this dedicated page.