Share:
Ieteikt
Share
Tweet
december 10, 2019, 15:24
|
History
Authors: eng.lsm.lv (Latvian Public Broadcasting), Latvijas Radio Ziņu dienests
Illegal excavation at archeological sites (sometimes referred to as "black archeology") is one of the greatest threats to the preservation and protection of cultural heritage objects, and Latvian Radio reported on December 10 that police have seized around 4,000 of these objects over the past three years.

This year two cases of significant damage have been determined at national archeological monuments and criminal procedures have begun. This is a decrease over the past few years, said State Inspection for Heritage Protection Deputy Director Katrīna Kukaine. State Police has also begun eight criminal procedures on the illegal holding and sale of archeological artifacts. One recent investigation is related to an online auction. Police say this illegal trade does damage to the country.

“We've seized around 4000 cultural historical objects, which is a lot for Latvia. The way I see it is that these people are attempting to sell what they dug up,” said State Police Representative responsible for combating theft Māris Priednieks.

Archeologists emphasize that black market archeological objects have a much lower scientific value, as it's not possible to find out where the object was kept, where it was excavated, nor the composition.

“Illegally taking a cultural object from a site, speaking about archeology, is not only a loss for each country, but we lose the historical thread, the opportunity for historians, scientists to determine how society developed in a specific location is destroyed,” said State Inspection for Heritage Protection Director Juris Dambis.

This year there will be several public awareness events, closer monitoring of art and antique markets, and closer cooperation with law enforcement entities. Latvia is also a transit country for illegal artifacts, mostly from Russia, Belarus and other countries, which are destined for Europe. 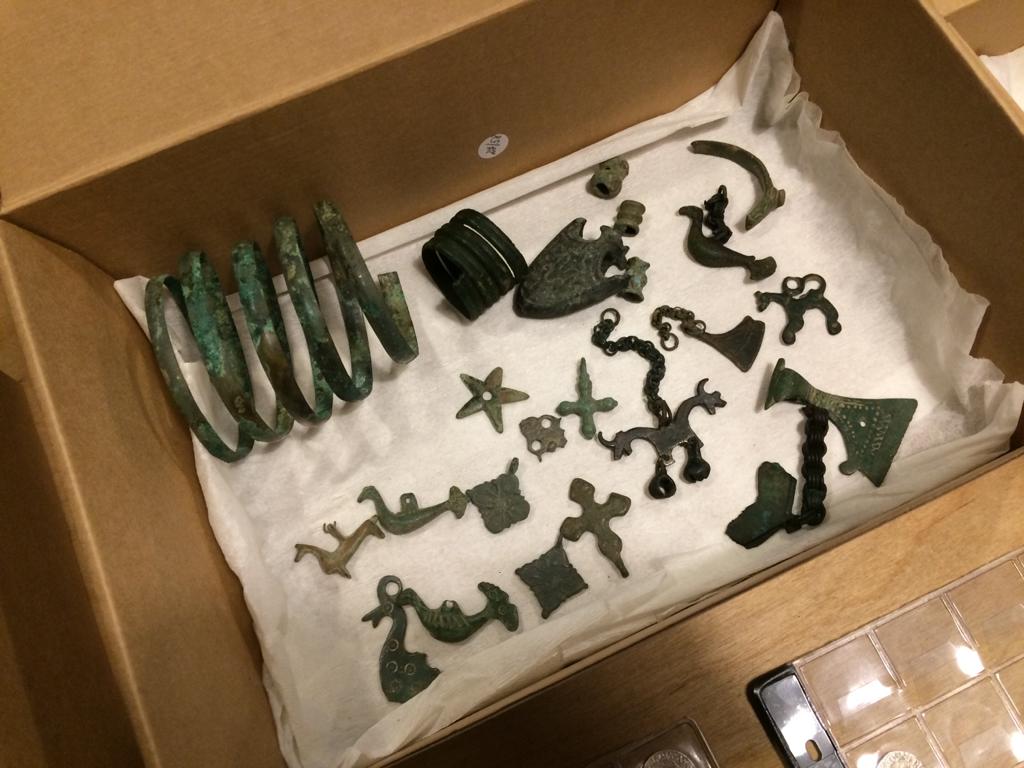