december 21, 2018, 11:29
Politics
Authors: Anna Ūdre
With U.S. born politician Krišjānis Kariņš the latest person in the frame to become Latvia's next prime minister, attention is focused once again on the political clout of Latvia's large diaspora around the world. Our correspondent Anna Ūdre asks Latvian politicians with extensive overseas experience, and in some cases overseas roots, how this affects their outlook and work.

The 12th Saeima, which was replaced in October this year, included one member with dual Latvian/US citizenship, Atis Lejiņš, but in the new 13th Saeima, the number of MPs holding foreign citizenship as well as Latvian citizenship has increased to two.

There's one US citizen - Vita Anda Tērauda of For Development/For! and one Canadian citizen - Atis Zakatistovs of the KPV LV party. But in addition to that many politicians, particularly of the younger generation, also bring international experience to the floor of the Saeima every time they speak and vote. LSM decided to ask what is the added value of having lived and worked abroad, and what makes people return to Latvia and get involved in politics?

Politicians Ojārs Ēriks Kalniņš (New Unity) and Vita Anda Tērauda (For Development/For!) both came to Latvia when the country was regaining its independence, after having lived abroad as children of war refugees. Kalnins was born in Germany, but grew up in the US before moving to Latvia permanently, whereas Tērauda was born and educated in the US, but came to Latvia when the Soviet Union started falling apart.

Younger politicians like Gatis Eglītis (New Conservative Party) and Rihards Kols (National Alliance) were born in Latvia, but decided to study and work abroad before returning home and getting involved in Latvian politics. Kalniņš describes himself as a "romantic" and sees Latvia as no other place on earth: "I became obsessed with Latvia after I first visited here as a tourist in 1978, and became deeply involved in the independence movement in the late 80s."

Similarly, Tērauda saw no other choice but to be part of the process of restoration of independence: "I arrived in 1990, just prior to the barricades going up in Riga, and never left. Participating in the rebirth of a nation was a privilege. Building Latvian democracy remains inspiring today."

For Kols and Eglītis the trigger for returning was having a family. "Despite the fact that I truly enjoyed my time in London, I knew that I wanted to live in Latvia, in the Latvian environment, immersed in our culture. And I wanted the same for my children. So, the catalyst for the move back to Latvia – my wife was expecting our first daughter," says Kols, adding that he and his wife have "never looked back".

Eglītis admits the reason for returning was wanting to raise his three children in a Latvian environment. "I want them to feel like they belong in Latvia, to learn the songs, the dances, traditions, celebrations. Also, I had the feeling that it was time for change and for coming home, because only here we can be real bosses - everywhere else we are only visitors," he says

Politics is an adventure, but an enjoyable one

All four politicians agree that having lived and worked abroad has given them a different perspective on Latvian politics and helps them look at the country in a wider sense, as part of the international world.

"Those who haven’t spent much time outside Latvia think our politics is erratic, corrupt, incompetent and worse. Those who have been elsewhere know that we’re not the only ones," says Kalniņš. The deputy points out that overall Latvia "has done quite well" and despite ups and downs "the movement has always been forward". The politician from New Unity believes joining NATO, the EU, OECD and other transatlantic organisations proves that Latvia is "a stable, normal functioning country with capable government". 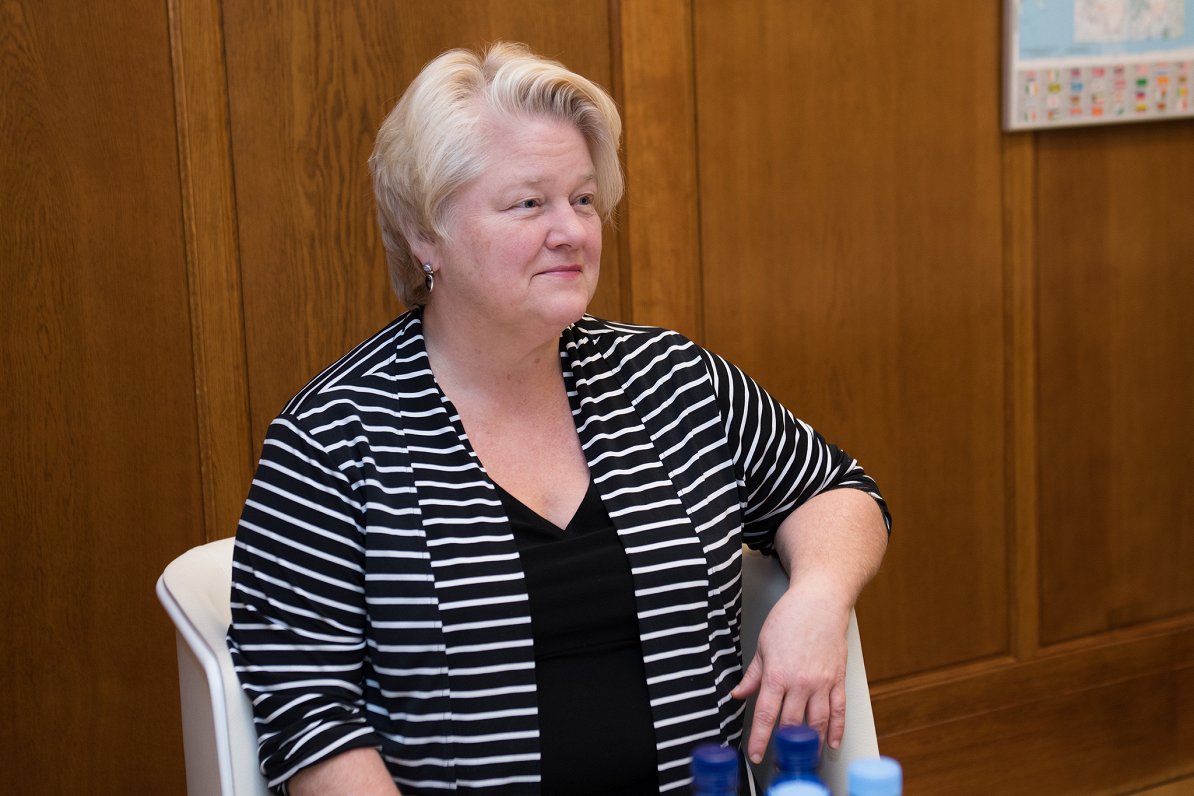 Tērauda describes Latvian politics as an adventure: "The kind of adventure that seems arduous along the way - fording streams, braving jungles and traversing uncharted waters - but it  comes with an immense sense of accomplishment when you look back and realize how fast and how far you have come." The deputy from For Development/For! was involved in processes leading to Latvia's independence in the early 1990s and believes that "independence is only the beginning" and there's still a lot to get done.

Kols from the National Alliance has just succeeded Kalniņš as head of the Saeima's important  foreign affairs committee and says his experience abroad gave him a chance to look at Latvian politics from "an outsider’s point of view". This, in turn, "helped [me] to gain a deeper understanding of the context within which Latvian politics take place and what are the factors and forces that influence it," he believes.

Latvian politics are not that unusual and are in many ways similar to other European democracies, he says:

"We have our issues that we need to address, but that is nothing unique in the world. One aspect is a bit different – the majority of our parties seem to lack a clear ideology." 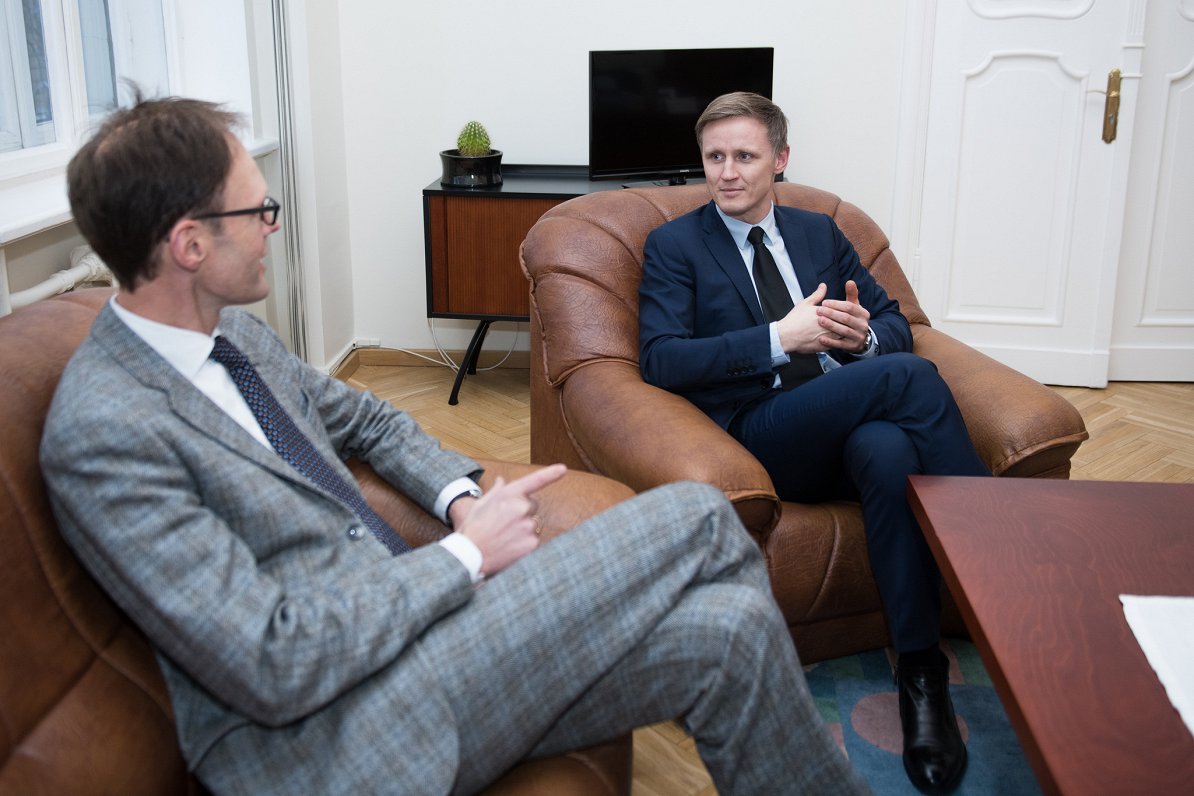 Eglītis, by contrast, thinks that Latvian politics has so far been "murky because of certain economic interests of small groups of people". The deputy from the New Conservatives criticizes previous governments for being "indecisive in terms of economic, equality and internal security related issues, mediocre in terms of the quality of decisions and ambitions". One of his reasons for returning home was to get involved and apply the experience and knowledge gained abroad.

"I wouldn’t want to place anyone’s experience over someone else’s, but I do believe that people who have international experience have been more exposed to different ideas, different ways of doing things, even to different sets of values and work ethic," says Kols who studied international diplomacy in the UK and worked at the prestigious Chatham House thinktank.

High-level politicians need to have the ability "to compromise, to work with people of different value systems and with completely opposing ideals, and international experience is definitely helpful in these situations," he says.

Similarly, Eglītis, who spent eight years working in Brussels at the European Commission, thinks that ethical standards of politicians with international experience are different and "they are more open to cooperating with foreigners, thinking in larger categories". The deputy from the New Conservatives also says it was significant that his time spent abroad gave him a chance to save up some money before returning to Latvia where income is generally lower. 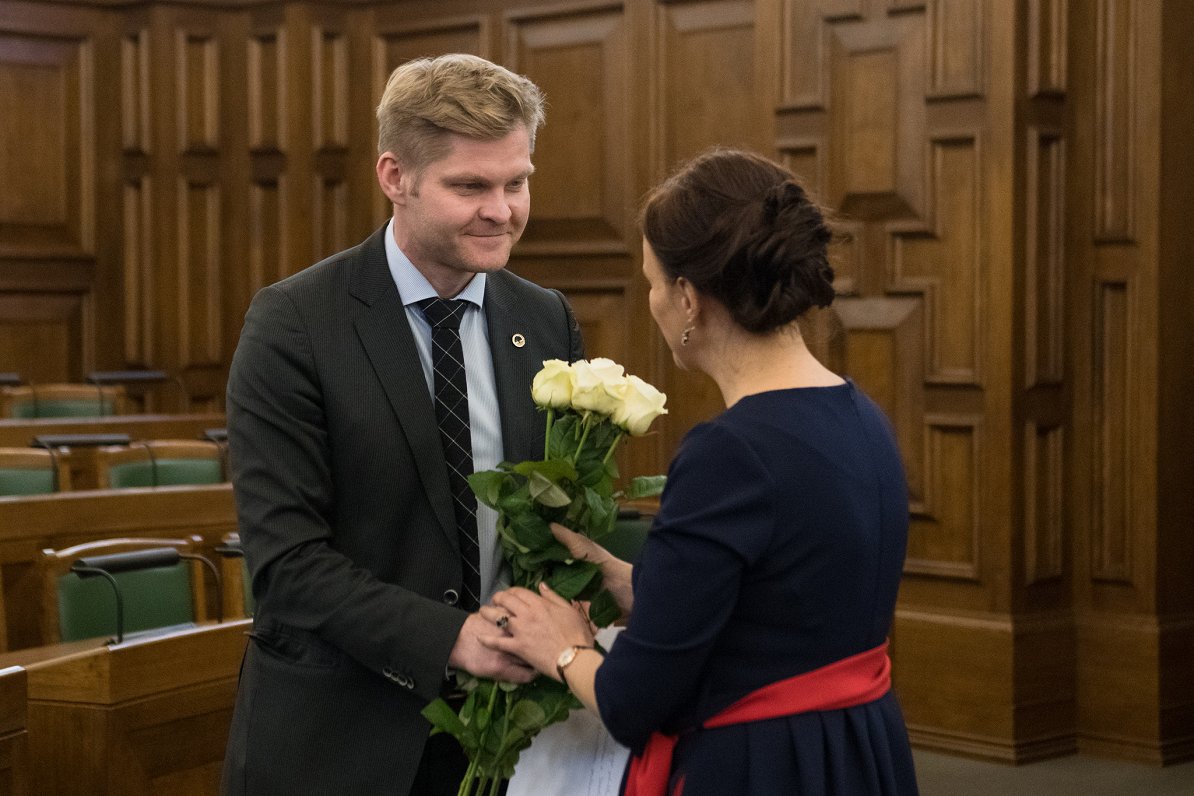 For those, who've been raised in the US, the experience abroad gave more of an ideological understanding of how things should be done.

"One could say that freedom of speech, freedom of assembly and rule of law are in my DNA. The education opportunities I have had have created an insatiable hunger for evidence based policy, and an aversion to politics based on fear and stereotypes," says Tērauda.

For Kalniņš his experience in the US, which included serving as ambassador from 1993-2000, gave him a better understanding of the relations between the EU and the US, and Latvia's place in the picture. At the time, such an international outlook was quite unusual in the Latvian political mix, but now "these differences are diminishing since more and more new generation politicians here do have international experience".

LSM approached other parties that were elected to the 13th Saeima including the Greens and Farmers Union (ZZS), KPV LV and Harmony. None of these parties responded, therefore none of their representatives with international experience have been included in this article.
Seen a mistake?